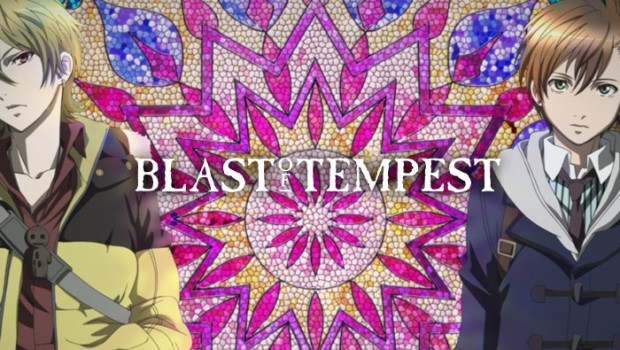 Summary: Blast of Tempest is a thrilling, captivating anime full of character development, action in an intriguing modern-day Japan

As a fan of adult-oriented anime shows from the 1990s like Cowboy Bebop and Neon Genesis Evangelion, I was a little behind on the latest and greatest of the medium when I finally got around to watching Blast of Tempest. A tale of vengeance and retribution, I not only was thoroughly entertained by a story full of exciting action sequences and breathtaking visual production values, but pleasantly surprised in its homage to Hamlet and The Tempest – two plays by William Shakespeare which I’ve now re-visited since watching the 24-episode long series. 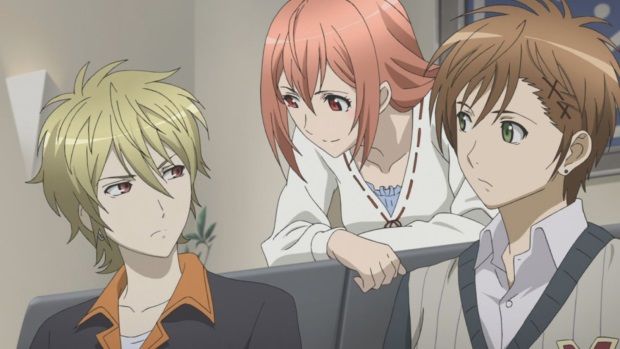 Blast of Tempest revolves primarily around a trio of interesting characters – Mahiro Fuwa, Yoshino Takigawa and Hakaze Kusaribe. Mahiro and Yoshino are two teenage boys and best friends; the former has nothing but vengeance on his mind after his sister Aika was murdered in mysterious circumstances one year prior, and the latter is silently wracked with grief and guilt due to his relationship with Aika, which he never disclosed to Mahiro upon Aika’s request.

Both men are entangled into powers far beyond their capabilities when Mahiro makes otherworldly contact with Princess Hakaze Kusaribe, a leader of the Kusaribe family who is left stranded on a deserted island by members of her own clan. Samon Kusaribe seeks to resurrect a powerful tree known as the Tree of World’s End that opposes the Tree of Origins, the former of which can devastate on a global scale and the latter of which protects Hakaze and the Kurasribe family. Using powerful magic, Hakaze agrees to help track Aika’s murderer in exchange for Mahiro assisting her in preventing Samon’s plans coming to fruition.

The series wastes no time in jumping straight into the story without babysitting viewers on the wider details with clearly explained conversations – you have to piece together the background to the protagonists from their dialogue and the many disjointed flashback sequences, which adds to the intrigue of the mystery as you witness the Iron Sickness plague the general population of Japan (a side effect of Samon’s quest), get to know more of what Aika was like while she was alive, and witness first-hand her complicated secret relationship with Yoshino. 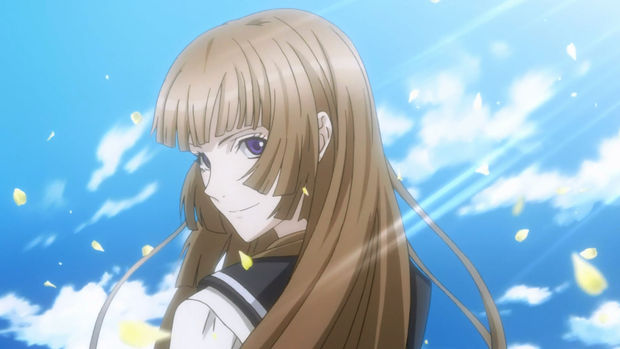 Soon enough, both men gain the attention of the magic-enhanced Kusaribe clan who exiled Hakaze, and satisfying, violent conflict ensues in slick and stylish fight sequences with plenty of bullets, brawn and magic. I’m always a sucker for great animated battle scenes, and Blast of Tempest doesn’t disappoint – it’s just refreshing that conversations between characters are also smart, witty and interesting, and the series just doesn’t rely on it’s cool combat moments.

The constant flashbacks which built Aika’s character added to my investment in Mahiro and Yoshino’s quest to avenge her, as well as keeping me hooked on discovering who indeed was her killer – even Hakaze becomes curious about her after working together with the two, acknowledging her importance to them. Initial impressions of Aika would most typically be a manipulative, mysterious girl, but as the story unravels and the secrets unveil themselves, Aika and her death are a lot more tantalisingly complex than it first seems.

Too often do certain anime shows tend to feel a bit flimsy in their handling of characters and continuity, but I found Blast of Tempest to handle these aspects excellently. Every character grows over the course of the series, but their emotions, motivations and personalities remain consistent in their quest to stop the Tree of World’s End from being resurrected – especially important given the main cast is small and intimate, rather than a large ensemble. Details, such as how magic works, how the Iron Sickness plague functions and the personal histories of all characters are adhered to consistently and strictly, which added to my immersion and is always a plus in my book. 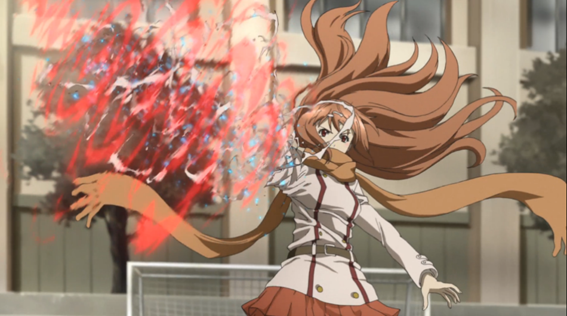 Blast of Tempest: Complete Collection is a serious time investment, with all 24 episodes of the series included on four DVD discs, totalling 600 minutes. From the very first episode, the mystery and action-packed sequences set in a modern-day, magic-filled world gripped me and every subsequent episode afterwards was easy to watch in binge sessions. The dark and brooding world state juxtaposed against modern-day Japan, a sunny island exile and colourful characters (in both art aesthetic and personality) makes for an extremely good looking show, and the animation here is top-notch.

Despite receiving an English sub, everything is voiced in Japanese as there’s no English dub. The original voice cast do an excellent job, however – an English voice-cast for this admittedly niche series would have been surprising. In terms of extras or special features, the Complete Collection only contains a trailer and textless opening and closing songs of the opener, which is a shame for anyone wanting to see some behind-the-scenes footage or special interviews on the show.

If you’re after a more serious anime television show with an epic world-saving quest, substantial character development, intrigue and mystery and plenty of satisfying action scenes, give Blast of Tempest a watch – the thought provoking, underlying textual themes, and the clever character constructions of Mahiro to Hamlet, Yoshino to Romeo and Aika to Juliet are just a bonus. 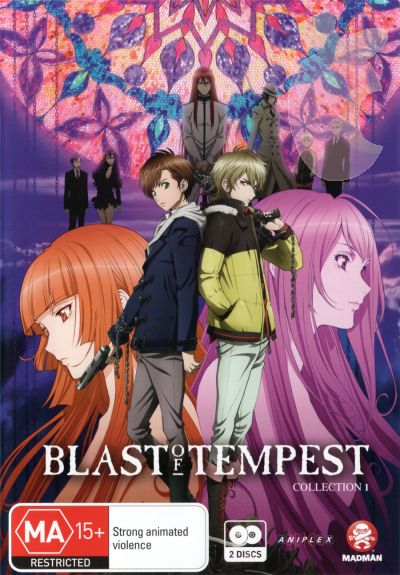