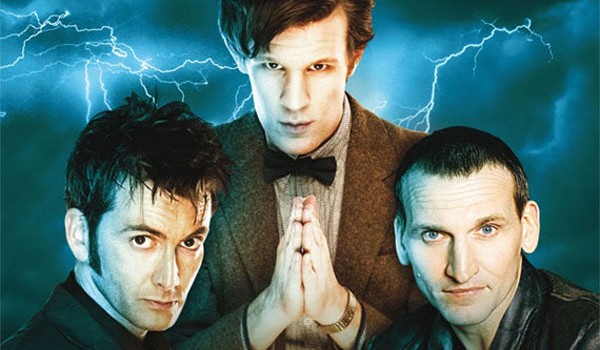 Summary: For those of us reared on the classic series and who celebrated its twenty-first century revival, this set can’t be considered an essential purchase.

The BBC has several times attempted to break Doctor Who into the US market.  Terry Nation, creator of the Daleks, tried in the 1960s, and failed.  The two Peter Cushing Doctor Who movies were another valiant, failed effort.  The 1996 telemovie co-production with Fox died a death at the hands of Roseanne Barr.  However, with the return of Doctor Who in 2005, the BBC, through its BBC America arm, has gone all out to crack the US market.  And with Tennant, and particularly Matt Smith, it seems like they have. 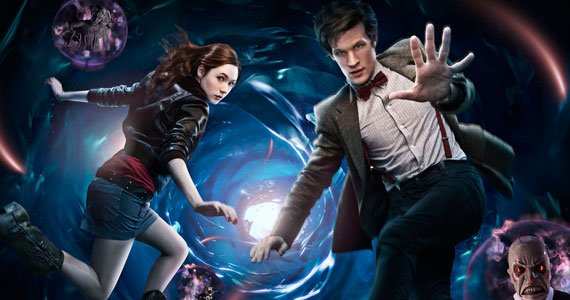 But unlike the rest of the English speaking world, the US audience, except for a hard core raised on screenings in the 70s and 80s through their local PBS station, is unfamiliar with the concept of Doctor Who.  The cure for this ignorance?  A series of documentaries, interspersed with talking heads largely sourced locally, looking at Doctor Who through the prism of the new series.

The problem with this set is that the best way to familiarise yourself with Doctor Who is to actually watch it – not clips, not highlights, but by diving deep into the stories themselves.  Of course, I’m not naïve.  Clearly the hope with this release is to make money, to recoup the cost of the documentaries, and squeeze as much out of the Doctor Who fan base, new and old.  The cynicism is a little breathtaking.

So what do you get for your hard earned?  Essentially, a clips show based around a variety of themes and ideas.  Companions of the Doctor.  The ‘science’ of Doctor Who.  Timey wimey Doctor Who.  Women of Doctor Who.  Monsters and destinations and…you get the drift.  Intercut a large number of US based ‘personalities’, light the touch paper, and run for your life.

Speaking of personalities, BBC America assembled a reasonably impressive line-up.  David Tennant, Matt Smith and Peter Davison round out the Doctor contingent.  From the new series we have John Barrowman and Arthur Darvill.  Chris Hardwick (Nerdist network), Chris Adsit (30 Rock) and Natalie Morales (Parks and Recreation) are some of the US participants – note the comedic background, which gives you a taste of their ability to humorously interact with the material. 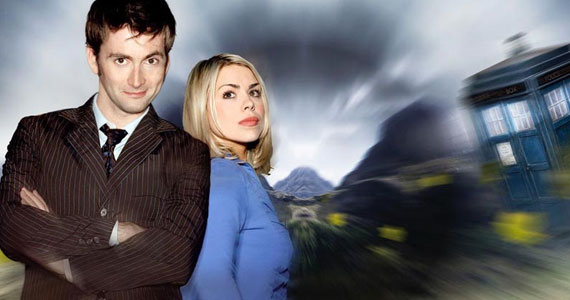 This set is only available at the Australian market, perhaps testing the water for wider release.  As a clips show, it leaves you wanting to watch the actual episodes, so perhaps those marketeers who came up with the set are more clever than I’ve given them credit.  Certainly, The Science of Doctor Who is reasonably interesting, as the qualified speakers use the bonkers SF ideas at the heart of the show as a launch pad to discuss real scientific ideas and theories.  Doctor Who in America is probably the pick of the bunch, as it has some very nice behind the scenes footage taken during the making of The Impossible Astronaut and The Day of the Moon.  And it is nice to see Tennant and Smith talking about aspects of their eras and the appearance of Peter Purves to talk about 60s Doctor Who is a pleasure to watch.

The love and enthusiasm of the US contributors is hard to deny and it is refreshing to hear viewpoints from excited newcomers to the series.  In that sense, the documentaries no doubt helped the Doctor Who community in America, presenting the show through fresh eyes and new voices.  If at the end of the day these shows helped grow the fan base in the US, and help the financial security of the programme, then more power to them.

For those of us reared on the classic series and who celebrated its twenty-first century revival, this set can’t be considered an essential purchase.  For those interested to hear a different perspective from excited new fans, or are DVD completest, or just want something they can dip in an out of late one night, then this set is definitely for them. 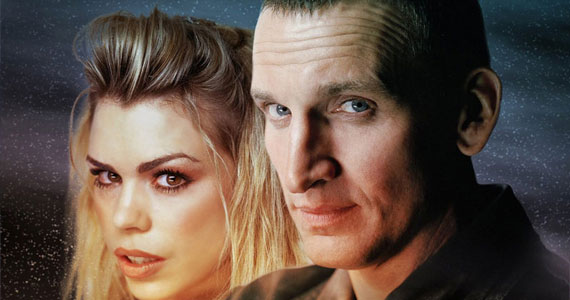 Feature: 2/5 – all are professionally presented, but don’t offer anything new to the devoted fan.  One for insomniacs or those on the lookout for overpriced, novelty drink coasters.

Audio – 5/5 – the usual polished effort one expects these days.

Visual 5/5 for the new series footage.  2/5 for the woeful transfers of the black and white footage used from the classic series stories like The Chase and The Gunfighters– grainy, zoomed in, it looks like a camera was pointed at a television screen displaying the footage.  As recompense, check out the staggeringly magnificent afro sported by one of the presenters – a true visual delight from c.1974… 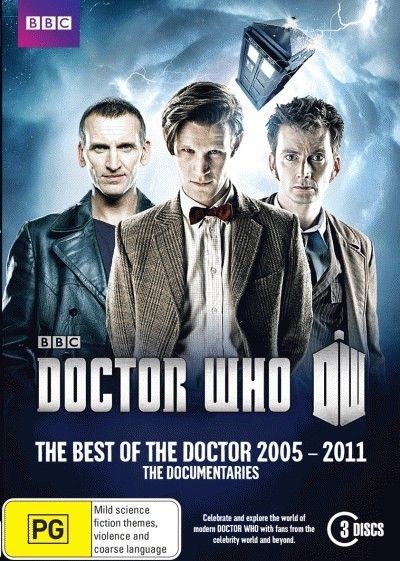