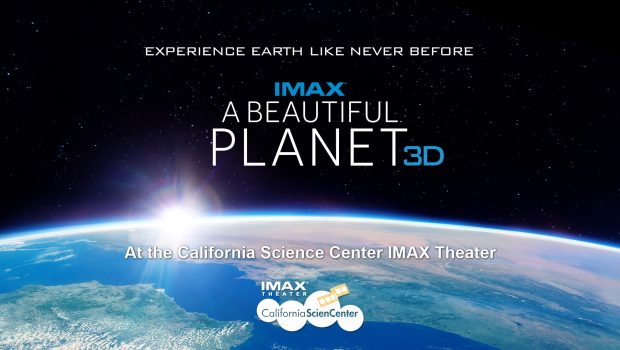 IMAX Melbourne Museum will this year be participating in the Melbourne

A BEAUTIFUL PLANET 3D is a breath-taking portrait of Earth from space, providing a unique perspective and increased understanding of our planet and galaxy as never seen before.

Made in cooperation with the National Aeronautics and Space Administration (NASA), the film features stunning footage of our magnificent blue planet — and the effects humanity has had on it over time — captured by the astronauts aboard the International Space Station (ISS).

“We are thrilled to be able to show this spectacular film during MIFF, it showcases both the beauty of our planet and the incredible technology we are capable of harnessing and creating film magic with”, says IMAX Melbourne Museum General Manager Richard Morrison.

The documentary film opened in the US earlier this year to rave reviews.

“The result is the best kind of spectacle: that which encourages us to look up and beyond ourselves – and does so using only organic special effects.” – Mike McCahill, The Guardian

“Fulfils its inspirational function with screen-filling, soul-filling views of the main space station in the story-the one that harbours all our lives and hopes.” – Joe Morgenstern, Wall Street Journal

MIFF ticket holders can see A BEAUTIFUL PLANET 3D at IMAX Melbourne Museum ahead of its scheduled September 8 release on August 7 at 1pm and August 10 at 6pm. Join the conversation online using #MIFF2016!

Home to Australia’s only IMAX Laser Projector (technology only available in 15 theatres world- wide), Melbourne’s IMAX is an independent movie theatre with a single screen – the second largest on the planet, offering patrons an unparalleled viewing experience.