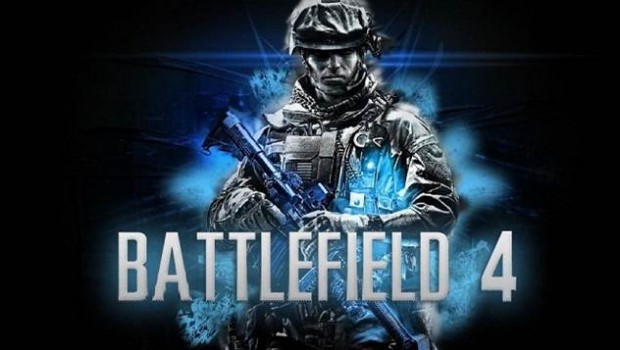 The plot for Battlefield 4 is the typical thing that you see in most single player campaigns now tacked on to modern military shooters.  You play as Recker, a mute soldier in Tombstone, a  small group of soldiers that also includes Irish and Pac.  You are involved with events that include the Russians, Chinese and Chang.  And you are of course on the side of the United States of America.  The story is basically in place to move from one set piece to another, albeit excellent looking set pieces but ultimately shallow and unpolished. 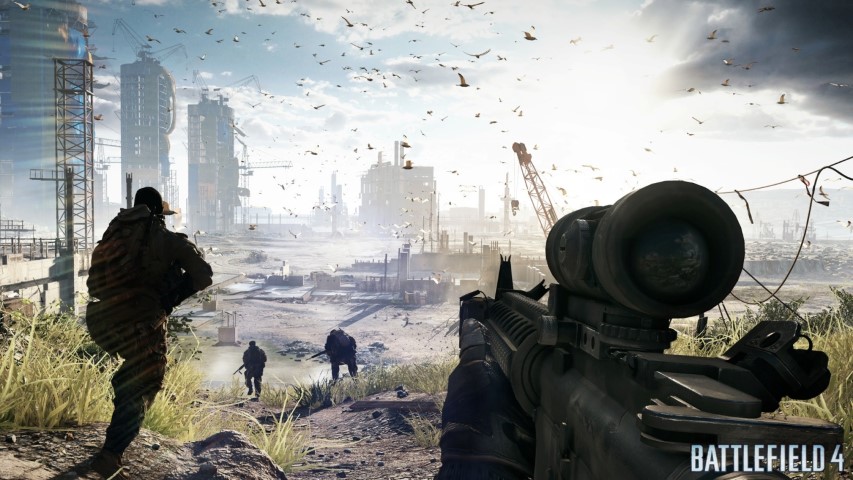 The single player is the biggest issue with the game, to a point where it could probably not be included and the game would be just as good.  The single player essentially feels like a tech demo for the Frostbite 3 engine, and to be honest, the single player looks stunning.  This is possible one of the best looking games available on the PC.  Although a high end gaming PC is required to run this maxed out, the game is also highly scalable.  People with mid range PC’s are still going to be getting an excellent (graphically) experience.  There are plenty of options that can be tweaked and fiddled with to get things the way you like, including fully bind able keys.  The sound is excellent, as is to be expected in a battlefield game.  The voice work is nothing to rave about but ultimately is enough to move the story forward if you are paying attention.

The game play is of course tight and provides real weight, of course this aspect truly shines in the multiplayer.  There are some nice little touches that have been made to game play.  In particular the small lean that your player does when moving around corners, this is an excellent way around what can be a cumbersome mechanic.  Everything works basically as it should, the changes are welcome and not enough has been changed that would turn more experienced players away. 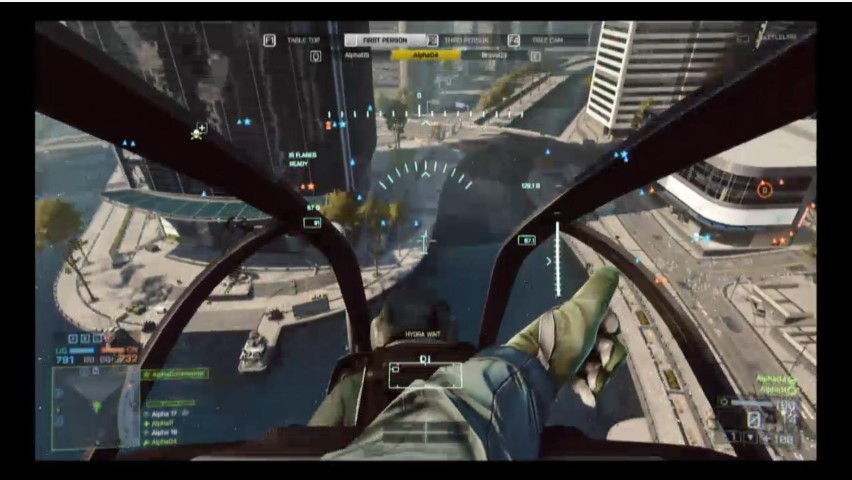 Despite the graphics looking fantastic, there are a couple of pet peeves present here, the first being field of view, and this cannot be changed in single player.  It can be changed for multiplayer though, which I don’t understand.  The second are the pre-rendered cut scenes, these look worse than in the in game engine.  This simply makes no sense.  There are also bugs throughout the campaign; the most frustrating was that the game would crash every second or third time that I would die, losing me large amounts of progress each time.  Also some strange issues like when looking through a wet pane of glass through the sights the water would disappear.  The campaign feels sloppily put together and shows a lack of care and attention to detail, it is laborious to get through and at this point the game would not be worse off without it at all.

Now for the area where Battlefield 4 excels, the multiplayer.  Battlefield differs from most other modern military shooters is the classes and vehicles.  The multiplayer formula has been tweaked over the number of years with gaming balancing constantly being worked on.  Players are able to choose from four classes, each with their own unlocks.  Assault class has access to assault rifles and is able to revive team mates and drop med kits.  Engineers have access to launchers and can repair vehicles.  Support carries the Light Machine Guns and can drop ammo.  Recon are able to spot targets for other classes.  Each of these classes has their own unlocks.  The unlock system in Battlefield 4 is very slow and takes a large number of hours to unlock everything.  Of course the die hards will unlock much faster.  This brings about my largest complaint with the RPG style system so prevalent in these shooters now.  The better players who have been playing for longer have better weapons and equipment.  This is not just an issue with Battlefield, the weapons that each class starts with are not exactly underpowered, some classes just take a bit of time to really shine. 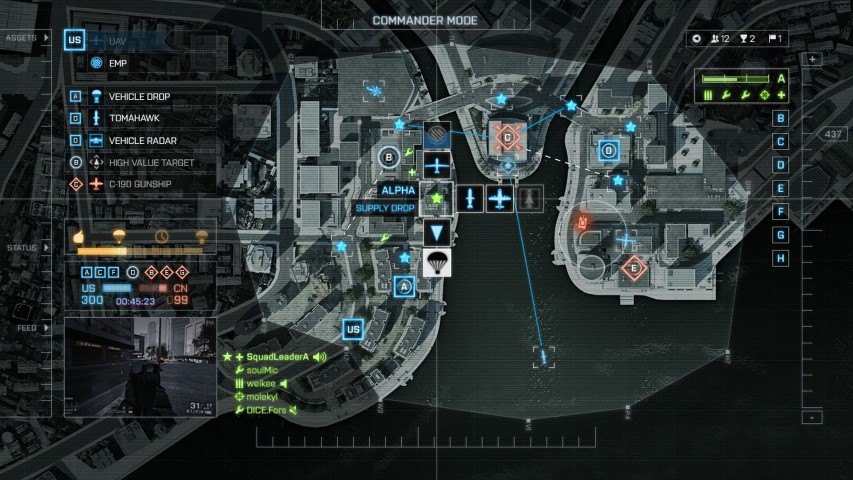 The multiplayer has a range of modes, most notably is of course Conquest mode, this is the bread and butter of the Battlefield series and is where players will spend most of their time.  Another notable mode is Rush, this has one team attacking and one team defending.  Both these modes are great fun and require teamwork to be really successful.  Defuse is a nice addition that brings back memories of Counter-Strike, with one team detonating a bomb and the other defending the bomb site.  And of course there are the obligatory Death Match options where those interested in their Kill/Death ratio can hang out.

Battlefield 4 features an initial 11 maps, these are all very good.  Some have issues when used in Rush mode, for example, a map where the attackers start on the water.  This can lead to either a long and frustrating swim or waiting for a vehicle to spawn.  And there are also some significant choke points in rush but overall the maps are excellent.  The much hyped Shanghai map is great in all modes and the collapsing building completely changes the map.   This would initially also cause servers to crash or create unplayable lag.  The much touted Levolution is is not really as impactful as first advertised.  There will of course be more maps released and perhaps some more interesting ways to implement Levolution. 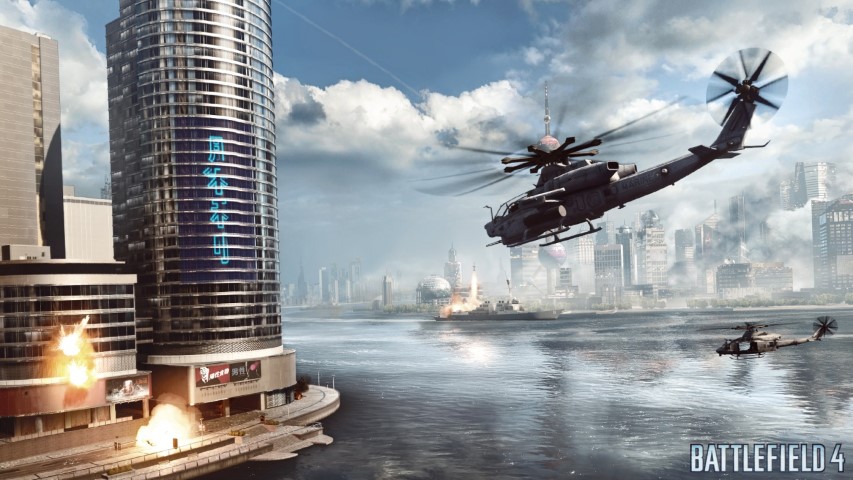 I am not able to write about the ins and outs of the balance within the game, there are people who know much more about this and these are better sources.  However, as a relative newcomer a couple of things stood out.  Vehicles feel very over powered if you are not with good team mates, tanks will simply steamroll a team with engineers.  A good jet pilot can still pretty much dominate a map.  There are also still too many people that hang around waiting to snipe people, a skilled sniper can have a huge impact on the match but these are few and far between.

There were some massive issues with the multiplayer at launch, the primary offender was being booted from servers or not even being able to join any servers at all.  This is slowly being ironed out as time goes on, the good sides of the multiplayer far outweigh these issues and make it worthwhile hanging around.  It does not always feel like this when it is happening though, losing 45 minutes of progress due to server issues is massively frustrating.  I understand that not all issues can be dealt with prior to release but it feels like a substantial increase in the amount of beta testing would have worked some of the issues out.

Battlefield 4 is two different games put together to justify the full price for the game.  The single player aspect feels completely unnecessary at this point and very much feels tacked on.  It is a nice tech demo but nothing more.  The multiplayer is the main content and why people why this game, and despite the issues at launch when everything is working the game is amazing and could easily hold up as a standalone title.  Whether enough has changed from 3 is really up to each individual but I have a feeling that any serious Battlefield player will pick this up.  The learning curve is very steep for newcomers but it is ultimately a worthwhile and entertaining experience.