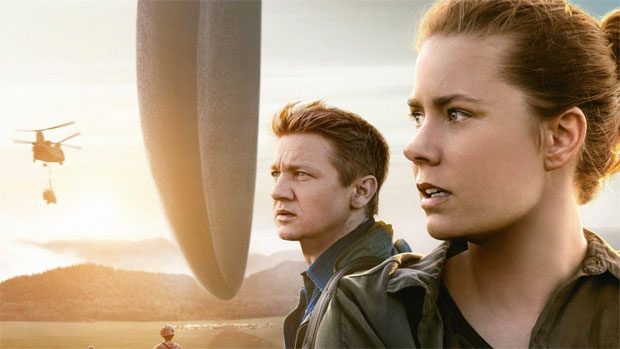 Summary: When humainity is faced with what may be an alien invasion, the first reaction isn't to shoot first and ask questions later, but indeed the reverse. The answers will move you.

Directed by Dennis Villeneuve, from a script by Eric Heisserer which adapts Story of Your Life, a novella by Ted Chiang. Starring Amy Adams, Jeremy Renner and Forrest Whitaker.

When twelve oblong spacecraft appear in the skies around the Earth, the military and scientific elite of the planet are assembled to discover whether humanity’s visitors are friends or foe. 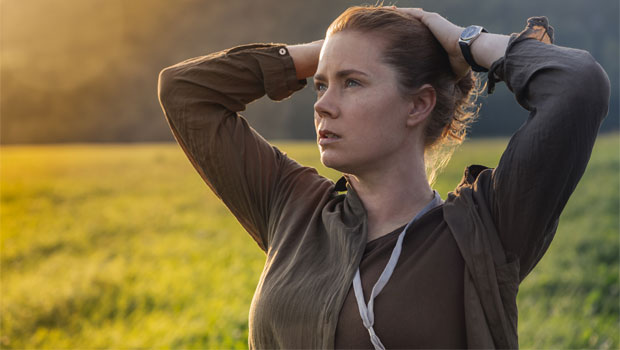 The premise is sufficient to power a dozen blockbusters of the ilk of Independence Day. But Villeneuve (Prisoners, Sicario) is an auteur of a more intelligent stripe. As Ted Chiang says in one of the special features, science fiction, and this movie should be an examination of our current concerns through the lens of the fantastic.

Adams plays linguist Louise Banks, who is brought in by Colonel Weber (Whitaker) to help decipher the language of the alien species who become known as the Heptapods. Along for the ride is physicist Ian Donnelly (Renner) who with Banks, form the core of the American team attempting to understand the unique, symbolic language of the Heptapods. 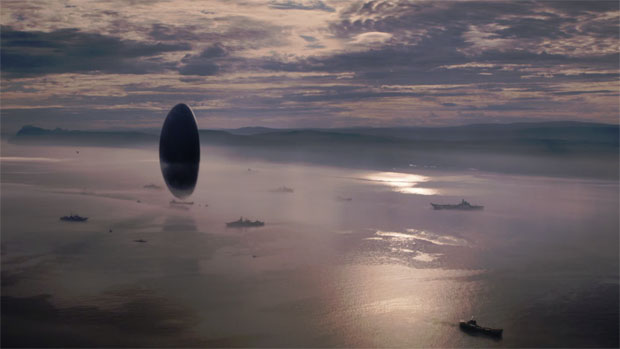 Throughout the course of the movie, as Banks begins to gain a deeper understanding of the Heptapod’s language, she begins to suffer visions of herself with her daughter. The movie begins with her daughter’s death, then flashes through key moments in their lives together.

Arrival is an astonishing movie. A depiction of time and relationship and choices, Villaneuve and script writer Eric Heisserer have chosen to play those themes against an epic backdrop of future contact. Indeed, the alien Heptapods are merely a catalyst for change – the true change comes form human interaction with them, and the understanding that interaction brings to the key players, partticularly Banks. 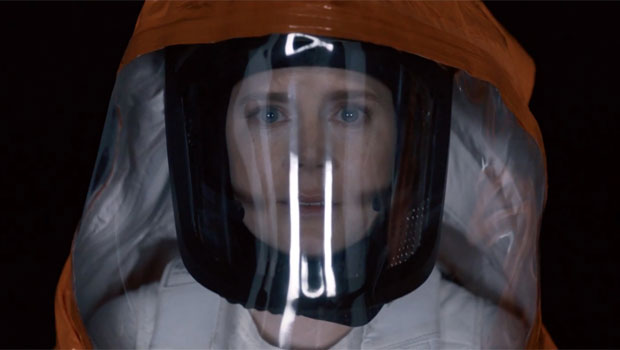 While a typical Hollywood movie depicting first contact would invariably lead to a massive technicolour fight across all seven continents as skyscrapers collapse into fiery abysses while heroic characters battle vicious aliens, Arrival couldn’t be further from the trope. The music, the performances, the very colour palette of the film are deliberately muted. Understanding doesn’t come in a blinding flash, but in a fumbling understanding as Banks’ visions come sporadically throughout the film. Adams is remarkable in an Oscar worthy role that wrong foot’s the audience partway through. As she says in one of the extras, her usual performance is linear; in this movie, however, she is forced to be, like the Heptapods, circular in her depiction of her character and the events shaping her life. 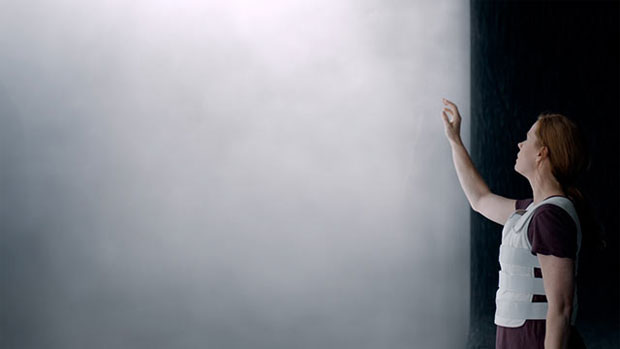 Arrival is a beautiful movie to watch and hear. As mentioned, the colour palette of the movie is muted, the intensity turned down to a strange sort of drab beauty. Johan Johannsson’s score, covered in ACOUSTIC SIGNATURE: THE SOUND DESIGN, is a masterwork in minimalism, using tape loops of attenuated vocals and layers and layers of piano notes to build up an organic soundtrack that sucks you in.

Arrival is an intelligent movie that inverts the tired tropes of the alien invasion storyline. This time, the struggle is not against the aliens, but an internal one as Banks attempts to understand what the aliens are attempting to communicate, and the visions she is experiencing. The true nature of the visions comes late in the movie, but works seamlessly with what has gone before. Uplifting, yet heartbreaking, Arrival will have you thinking long after Johannnsson’s haunting score has drifted away. 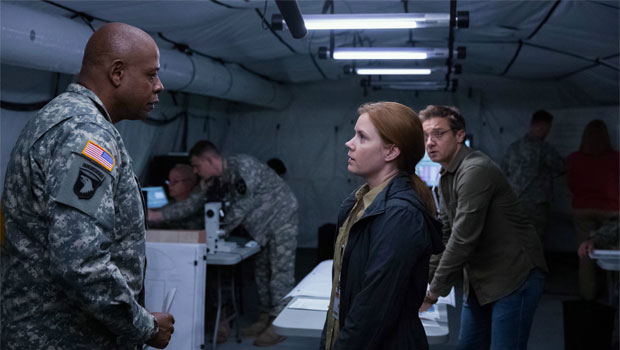 Extras: an interestng pairing of extras with the DVD release. XENOLINGUISTICS: UNDERSTANDING ARRIVAL looks at the development of the movie, particularly the behind the scenes work showing how storyboards have moved into the digital domain. All the key players are interviewed, including Ted Chiang, an acclaimed writer of science fiction.

ACOUSTIC SIGNATURE: THE SOUND DESIGN speaks with sound designer Johan Johannsson. As mentioned before it looks at how he went about developing the soundtrack. An intriguing look into an art increasingly dominated by the digital domain, we see a more hands on, bespoke effort that matches the tone of the movie perfectly. 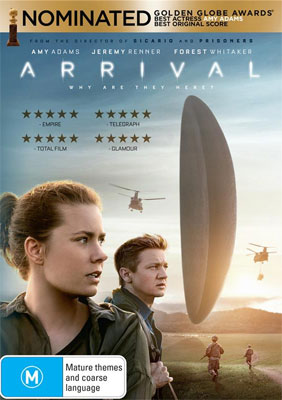