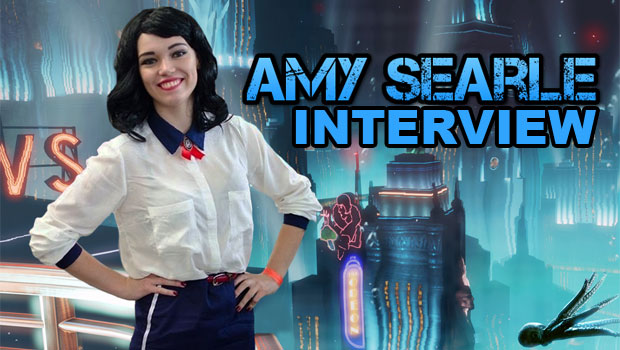 We catch-up with AMY SEARL, Melbourne based cosplayer, gamer and part of the Double Jump Communications team who are the PR company for games such as PALADINS, SHADOW WARRIOR AND RESIDENT EVIL 7: BIOHAZARD in Australia.

Welcome to Impulse Gamer Amy! You’ve described yourself as a cosplayer and can be found crying over sci-fi franchises or buying too many books… so what did you think of Rogue One and will we see Jyn Erso cosplays?

I absolutely adored Rogue One, I’ve seen it twice in the few days it’s been out, it might be the only thing keeping me sane during the Christmas season! I don’t have any Jyn plans at the moment but I still have a few months before con season starts up again and she’s definitely one character I’d love to do!

So what drew you into cosplay and who was your first character?

The first con I attended was a Melbourne Supanova when I was in high school, the friend I was going with was dressing up as the Doctor, and since I’d never been to a con before I figured this was a pretty normal thing to do. Not wanting to be left out, I put together a Luna Lovegood closet cosplay, and since I already owned Ravenclaw robes it made it a little easier. After that, I discovered this was something people put a lot of blood, sweat and tears into and fell right into it.

When you look in the mirror, all cosplayed up… what do you think when you see yourself in character?

Seeing myself in character fills me with pride. It’s incredibly satisfying to have something that you’ve worked hard on turn out as well as you’d hoped, and even better to share it with other people who enjoy the characters as much as you do. 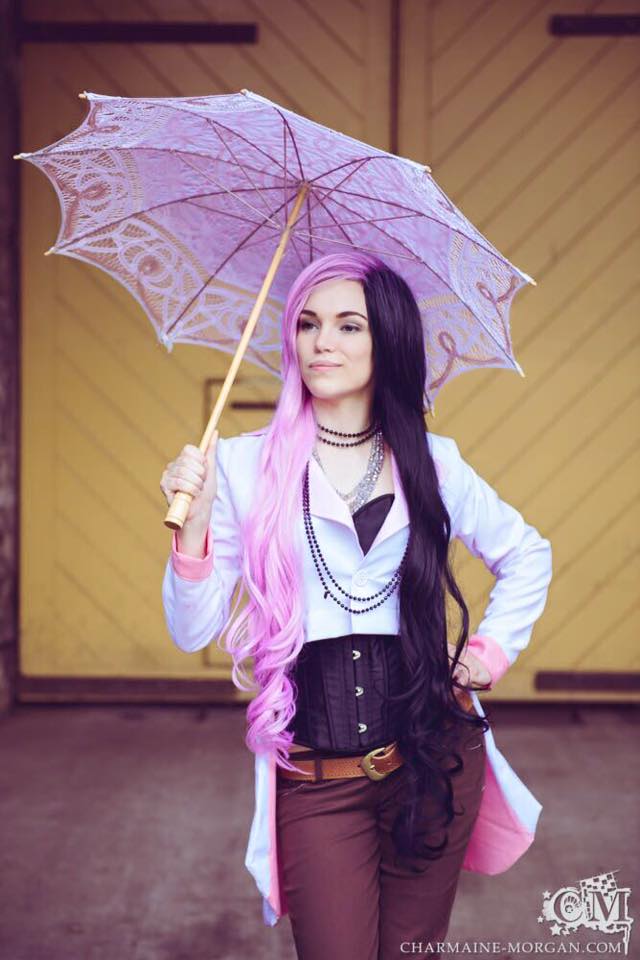 Who has been your favourite character that you’ve cosplayed so far and why?

It’s hard to just pick one. Elizabeth Dewitt’s Burial at Sea outfit from Bioshock Infinite was the first proper cosplay I made by myself and looked much more professional than anything I’d done before. Neo from Rooster Teeth’s RWBY is another favourite.

Usually just from media I enjoy, all it takes is for me to fall in love with a character before I get the urge to cosplay them, occasionally I become obsessed with a character’s outfit, and then form a stronger connection to the character after I’ve literally spend a day in their shoes.

As a cosplayer, who do you look up to in Australia?

When it comes to well known Australian cosplayers, it’s hard not to look up to Eve Beauregard, who I had the pleasure of meeting at GCAP this year. She’s incredibly talented but has also found ways successfully combined cosplay and marketing, as both a cosplayer and a marketer, making her a personal hero of mine.

I also look up to the many cosplay friends I’ve made throughout the years. It’s rather intimidating to meet people who are much more talented than you are, but people like Anny Sims (@ChattyAnny), Jannie Collopy (@Ataraxy Creative) and Georgia Richards (@Kardia Cosplay) have made my experience with the Australian cosplay community nothing but wonderful.

If you had unlimited money and time, which cosplay character would you create?

I’m a huge fan of Bioware games, and would love to one day create Liara from Mass Effect, or sticking with the Star Wars theme, Ahsoka Tano would be so much fun do it.

Do you have any tattoos and if so, what are they?

I have a few tattoos, the Deathly Hallows, Bioshock Infinite’s bird and cage, the Rebel Alliance Symbol, as well as an anchor and a sternum design. At the moment the ones I have are easily hidden and don’t really impact my cosplay choices, I rarely wear cosplays that would show off my sternum and the few I have on my thighs rule out any leotard cosplays. 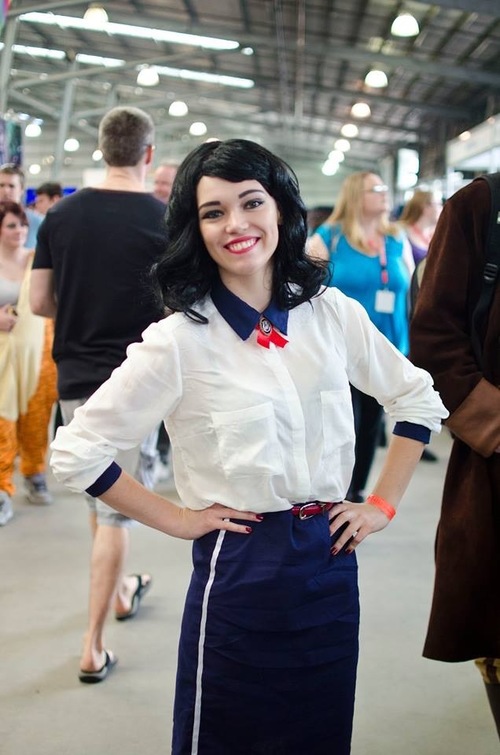 Firewatch and Orwell have probably been my top two games of the year for storytelling, as well as Dishonored 2; people can say what they like about the original not needing a sequel but I’m obsessed with the new trend of young girls in games coming back as the protagonist in the sequel.

Truthfully, I’m a very lazy gamer, and only get around to playing games that I really look forward to, therefore I didn’t really have any games I was let down by – I’m only disappointed in having to wait longer for Mass Effect Andromeda.

Tell us a secret that no one knows about you?

I don’t really consider myself a very good cosplayer, there’s always going to be someone who’s more talented than I am and it’s hard not to notice that, especially at cons.

I’ll be graduating end of 2017, which is a piece of paper I’m very much looking forward to receiving, but it’s also going to be my first proper year in the (adult) workforce, having just started as a part timer with Double Jump Communications at the end of 2016, but I’m very excited to be working in the video games industry and I can’t wait to see where it takes me!

Thanks for taking the time to chat to me!