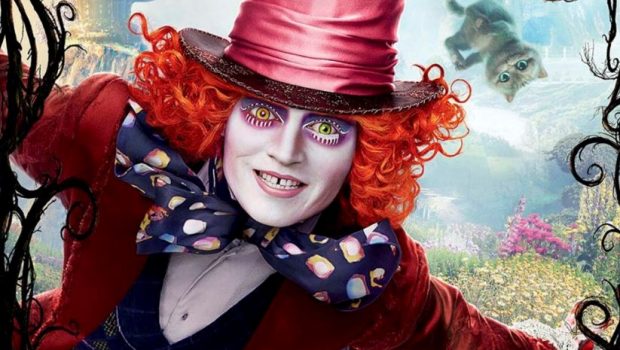 Summary: For a 3D film that’s shot 90% on a green screen, the plot, characters and themes come off as two-dimensional.

One of the most annoying and common tropes of contemporary Hollywood is the constant reliance on making movies out of classic source material. This crutch filmmakers use makes for some pretty tired and old movie ideas. Speaking of which, here’s Alice Through the Looking Glass, a sequel to Tim Burton’s 2010 money-maker Alice in Wonderland. Burton drove the fantastical saga to over $1 billion at the box office so naturally Disney is giving us another instalment. For this adventure, Burton sits out as director and instead takes on the producer role, while Tim Bobin (The Muppets, Flight of the Conchords) sits in the director’s chair. A slew of comedies sit under Bobin’s belt like Da Ali G Show, which makes this his first attempt at piloting a film that features CGI on steroids. As for the cast, all the familiar faces (and voices) are present. Mia Wasikowska again plays Alice who’s now a no-shit taking sea captain in charge of outrunning pirates and putting these patriarchal men in their place. 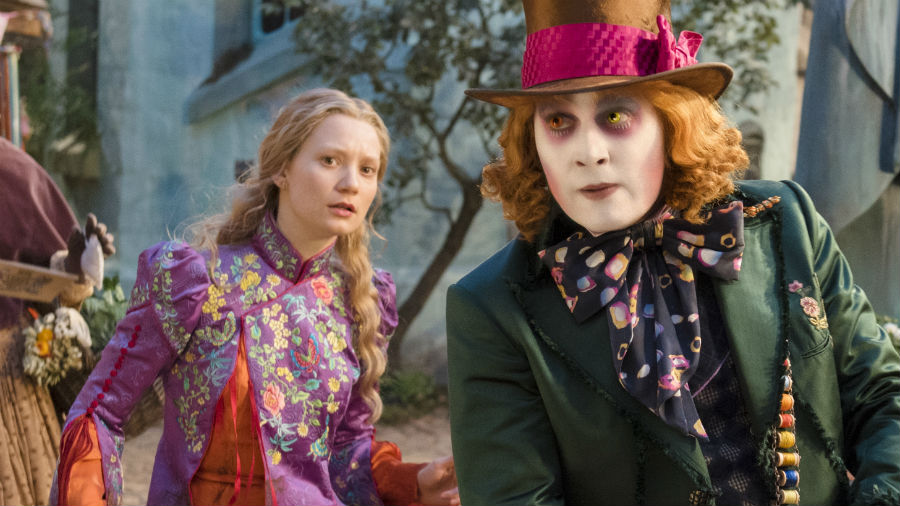 The pacing of Alice is rapid as our hero faces adversity in the real world but in true fairytale formula must first go through an adventure to learn how to over come it. Absolem the butterfly (voiced by Alan Rickman) quickly beckons her to Wonderland (or Underland now). What turns out to be the most touching realisation in this pseudo sentimental movie is that this might be the last acting credit for the late Rickman. As Alice escapes the BS of 1875 England, she’s quickly reunited with iconic characters from the book. There’s of course Cheshire Cat (Stephen Fry), Tweedledee & Tweedledum (Matt Lucas), Mirana (Anne Hathaway) and of course the Mad Hatter (Johnny Depp). Though these characters are woven heavily into the many fables of Alice, they take a backseat here as mere narrators and devices in plot. When Alice returns to her beloved Underland, she’s met by a tea party full of mourning animals and royalty. The Mad Hatter has gone even madder and sunken into a depression regarding his missing family. This creates a wafer thin turn in the narrative as Alice must steal some sort of time travelling device from a character called Time (Sacha Baron Cohen). This time manipulating element gives us some backstory to things we didn’t really wonder or care about such as Iracebeth’s (Helena Bonham Carter) rage or the unnecessary background on the usually mysterious Mad Hatter’s life. But you can’t make a movie out of nothing so here we are. 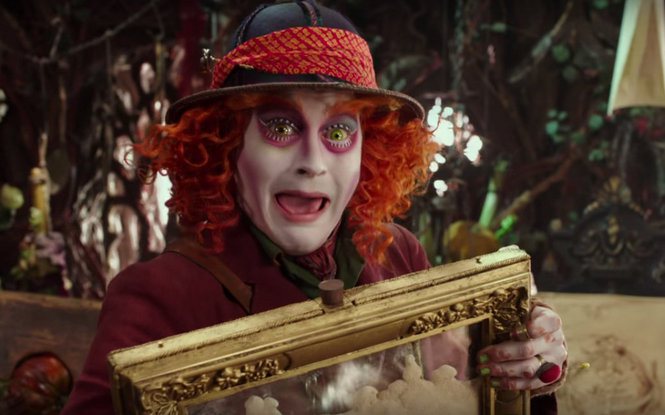 Besides the typical fairytale virtues of believing in yourself and tight happy endings, there is a tiny underlying theme of family that eventually gets trumped by the brain tickling special effects. All of the cast do a decent job of playing weird and funny characters but it’s probably Baron Cohen’s tightrope skills of balancing between funny and syrupy that give this movie extra points. On IMAX, Alive Through the Looking Glass really comes alive and given the premise behind the story, it does suit it quite well, particularly with the 3D technology. Nonetheless, for a 3D film that’s shot 90% on a green screen, the plot, characters and themes come off as two-dimensional. Sure kids will probably drag parents into seeing this fun whimsical two-hour experience but other than that there’s not much reason to go.