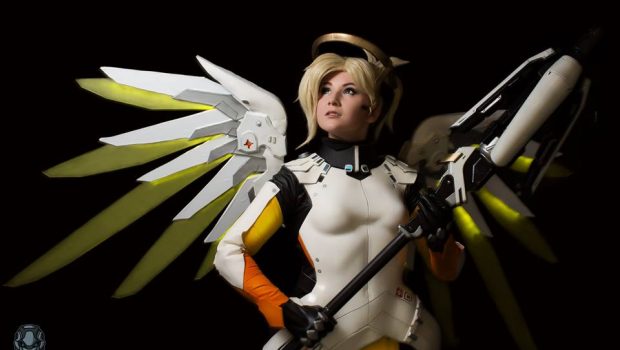 Aleksandra is the real-life Mercy from Overwatch (Shappi Workshop)

Welcome back to Impulse Gamer Aleksandra!

Hello! Its good to be here!

Let’s revisit your amazing MERCY (Overwatch) cosplay… what made you want to cosplay Mercy?

Mercy’s design is one of the most outstanding character designs which I saw in years! I loved her wings, armor and the staff – it all made me curious about the character far before the game Overwatch was released. I have wanted to cosplay it since I saw the first character arts but I never felt confident enough. For the Overwatch premiere, I was contacted by Blizzard in Poland who asked me to cosplay for them – the Universe has spoken and I had the opportunity to make my dream costume from this series! Also, my costume has been showcased on various Blizzard sites afterwards. 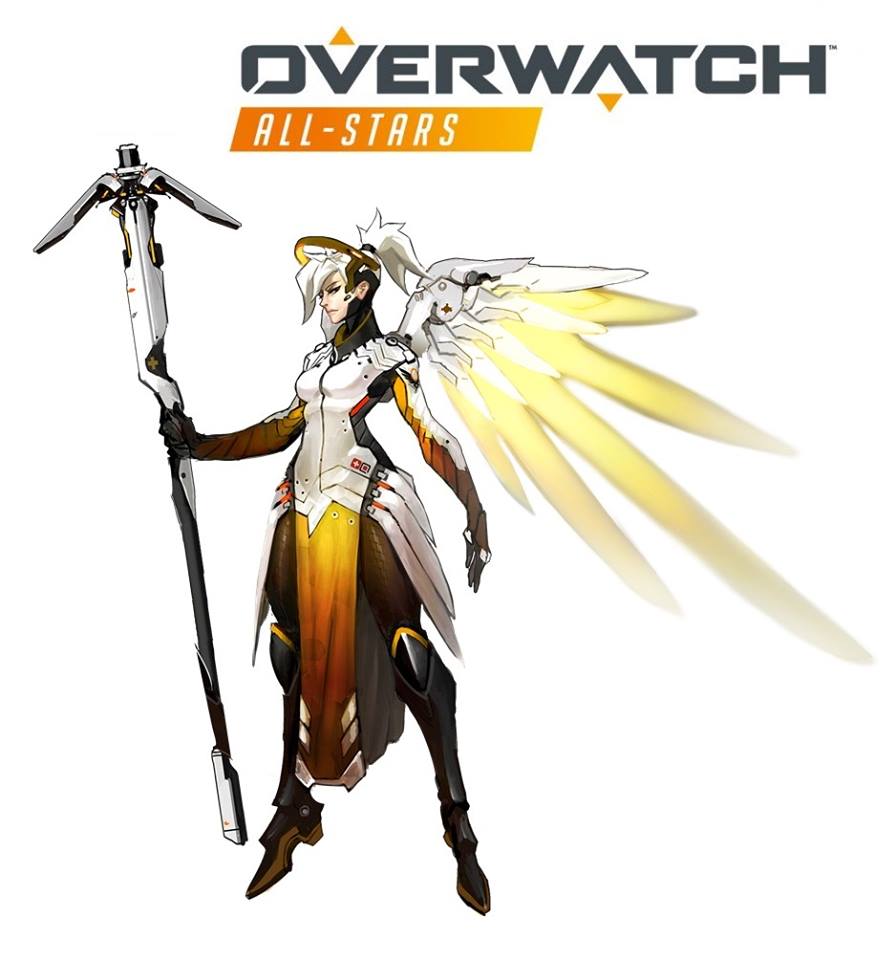 When you first saw yourself in the mirror as Mercy with her amazing wings, what did you think?

The first time when I saw myself in this costume was actually at the game premiere in Poland – I didn’t have much time to wear it before the event. I was really, really stressed how it would turn out! Happily, when I appeared in the event hall, everyone loved the costume! I had so many people praising my work and taking pictures which made me so happy, there is nothing better than a compliment from a fan or game creator! 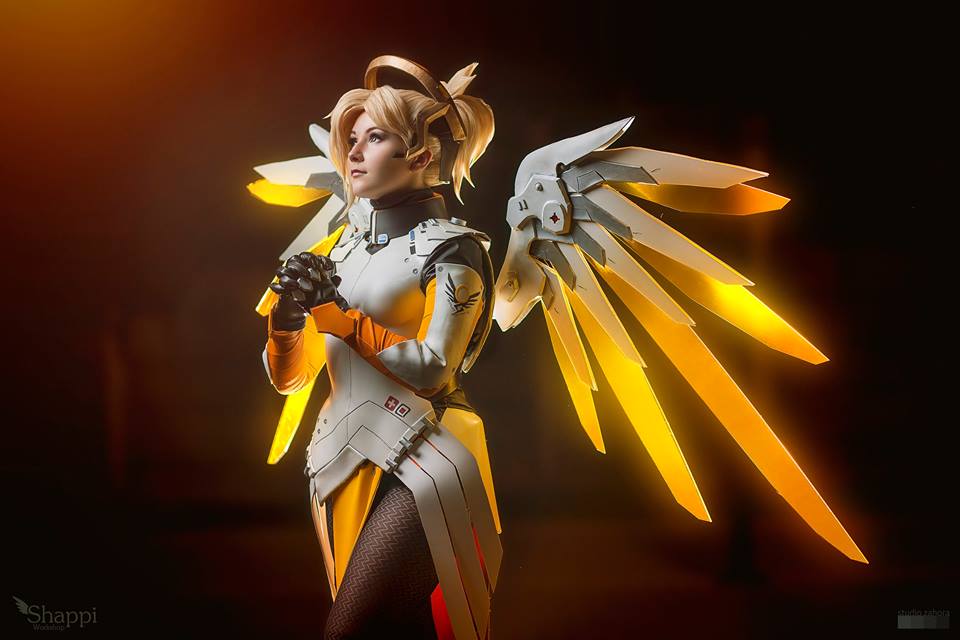 When you visit cons and people see you as Mercy, what reaction to you get?

Usually people are really happy to see me in this costume and many conventions request it! Overwatch is super popular game right now and Mercy is one of the more difficult costumes to pull off so there is not many cosplayers of this character. I am always very happy to see how peoples faces light up when they see their favourite healer in real life! 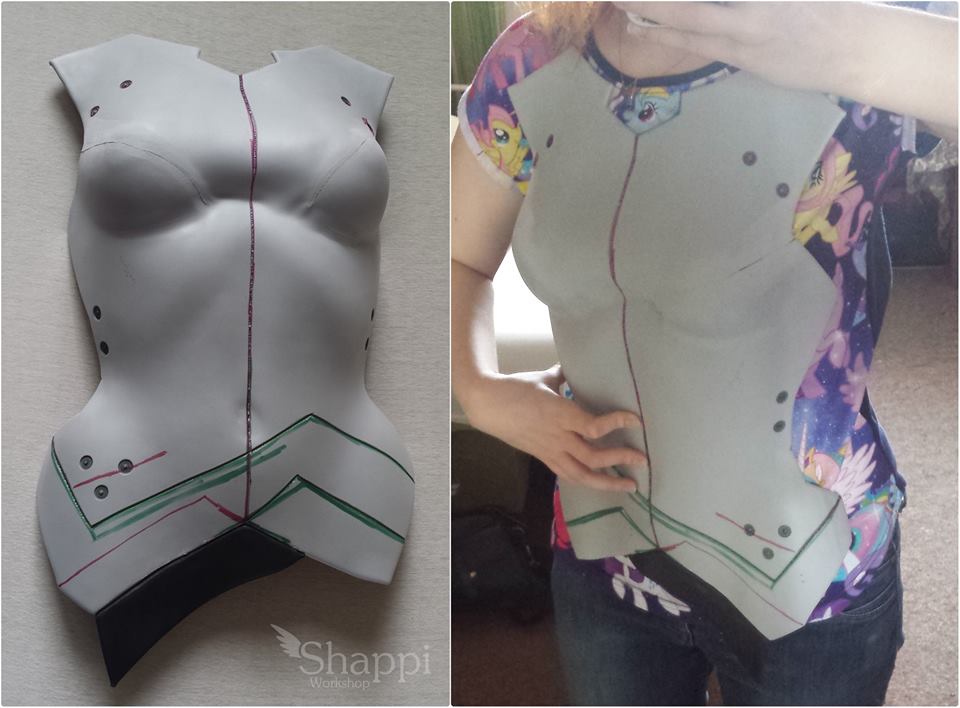 Could you walk us through the costume creation of Mercy?

Sure! Firstly I worked with the armor which is one of the things I feel the most confident with. The chest piece is a plastic mannequin covered with EVA foam to mask the curves. I have used the same material for the leg armor and backpack. The cloth was made out of fake leather and cotton which I’ve gradient dyed. Wings were made out of plexiglass which I laser cut and sanded down to achieve the milky look. 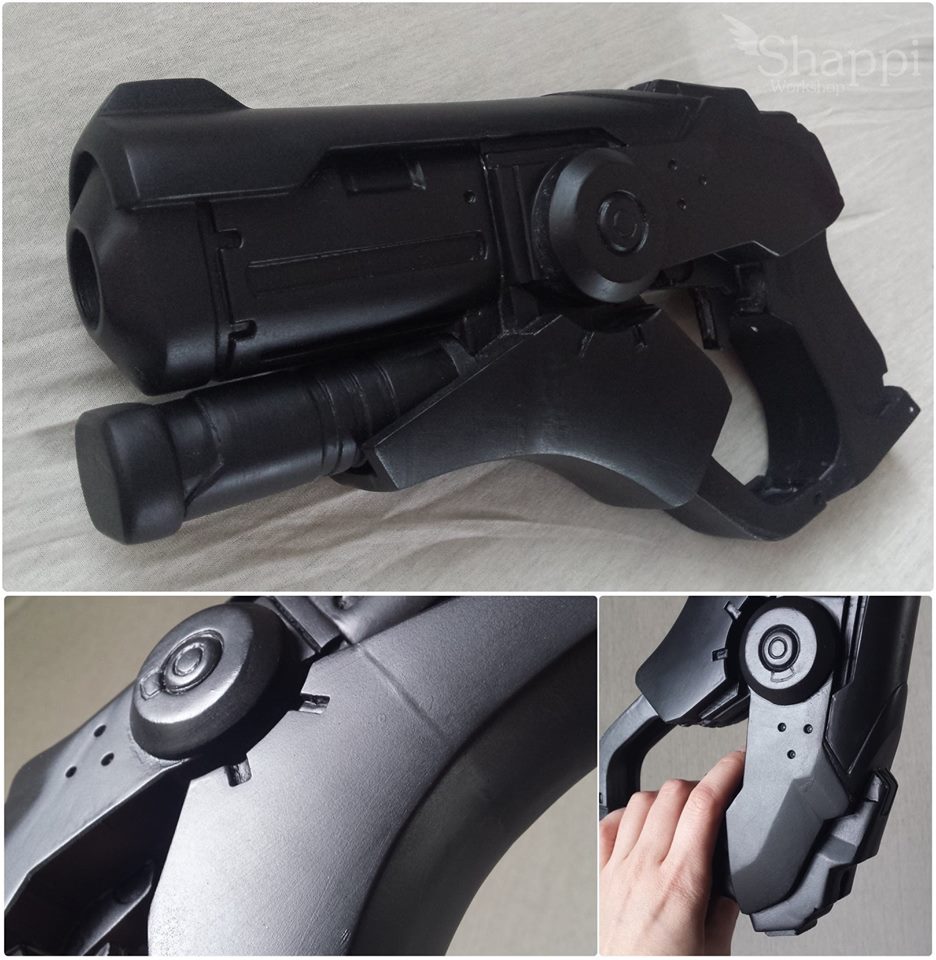 Then I installed some LEDs inside the wings to light up the blades and the last step was adding the white plastic base built on PCV pipes. My weapons have been 3D printed, sanding took ages to achieve the look I wanted and my wig was styled by my great friend Wilku. 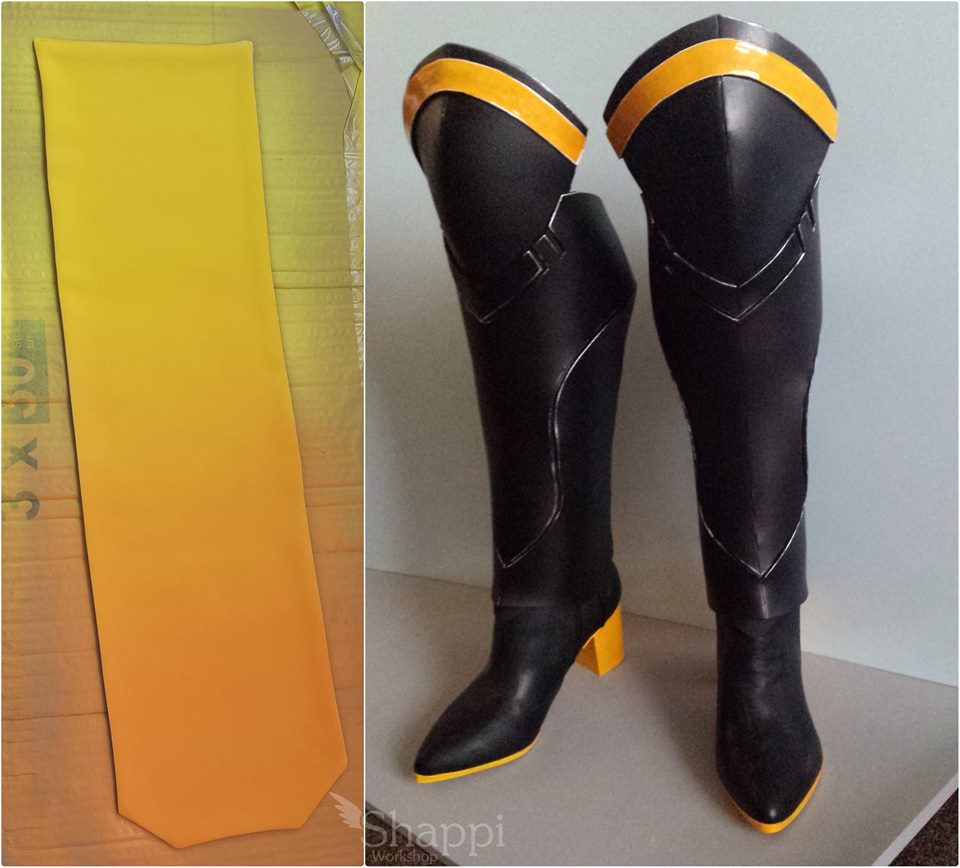 What was the biggest challenge in creating this costume?

Most definitively the wings! They were something I have never done before – I used to make foam or feathery wings but never worked with plexiglass blades before! 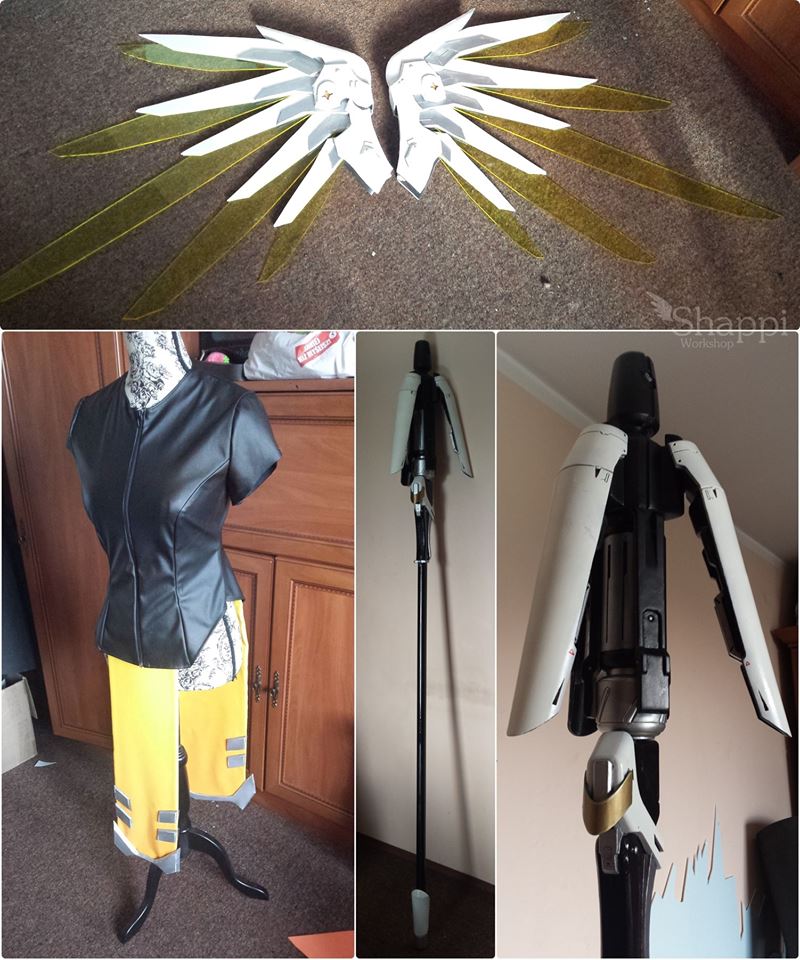 I am overwhelmed with the love that my Mercy costume gets online or at the conventions! I think it is my biggest prize after so many hours of work put into that project.

Can you talk about the wings and how they were made and hold in place?

As I said, my wings are made out of laser cut plexi-glass which I’ve sanded down to the milky texture and lighted it up with about 100 LEDs! They are built on a base of PCV pipe and that’s how they stay up on my back. In my back armor I have built in a PCV pipe stellar that connects to my wings so I can put them on and off very easily! The blades shapes are fully 1:1 vector work from the official Mercy cosplay guide by Blizzard.

Probably the time that I wore my Mercy to the Blizzard cosplay contest at Gamescom 2016 ! I had so much fun cosplaying as this character surrounded by so many fans of Blizzard games – everyone was so enthusiastic and nice! It was one of my best cosplay experiences. 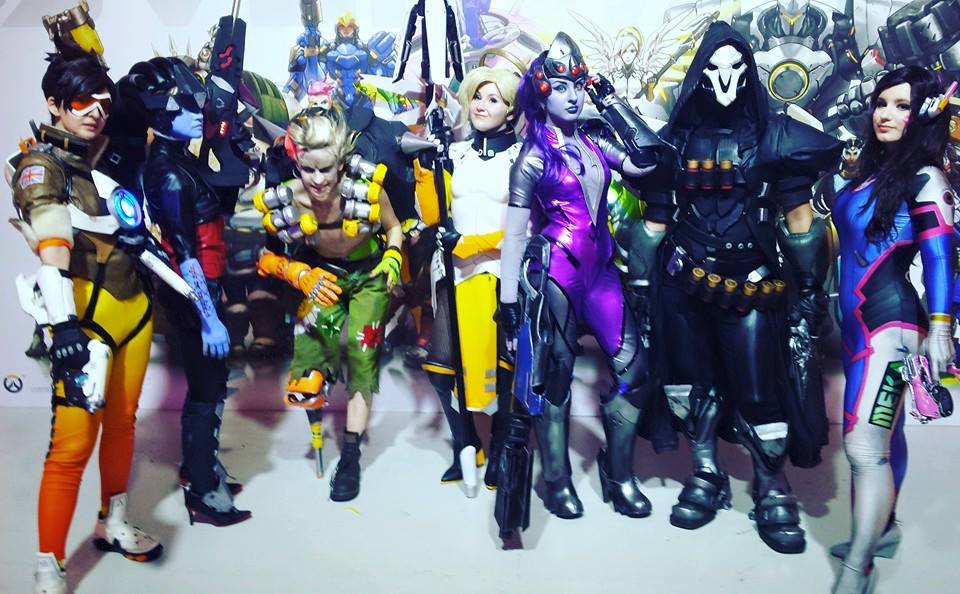 What about funniest story?

The funny thing about wearing wings in costume is that how you walk with those on around the cons! The only way to get trough crowd is to use “crab walk” and walk near walls, preferably with someone guarding your back! It is such a funny sight to see me walk like a retarded crab with my huge wings on, haha!

Do you plan on taking Mercy to other countries this year?

I would love to but probably to the countries near Poland only. Sadly, my Mercy costume does not fit into any suitcase so I can only take her to places with a car. 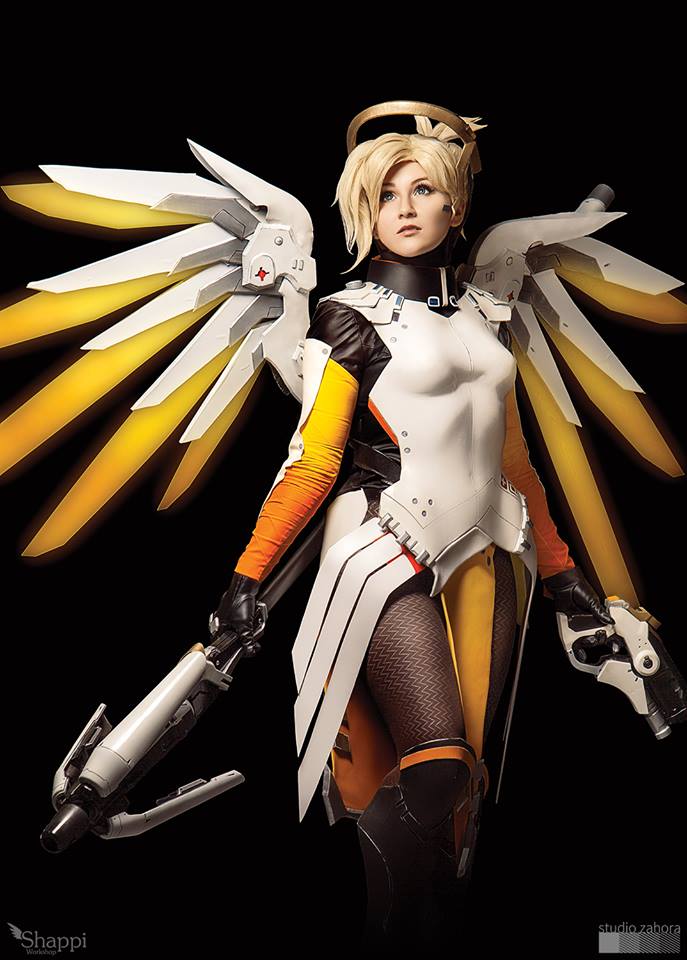 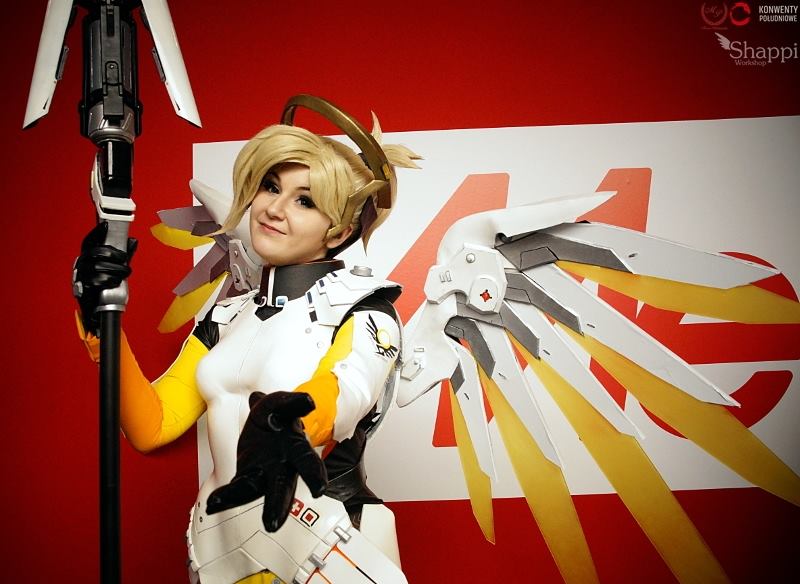 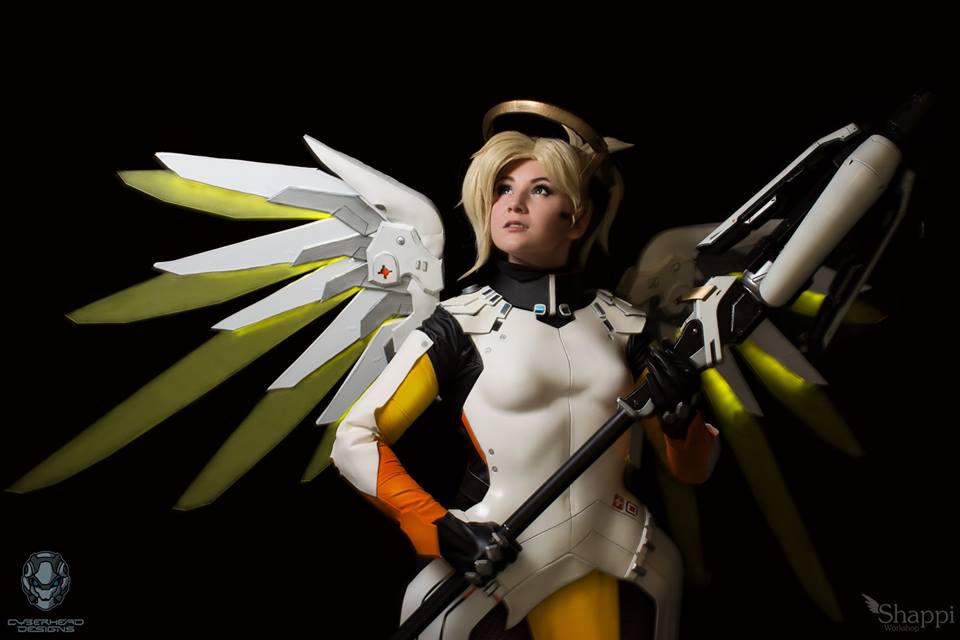 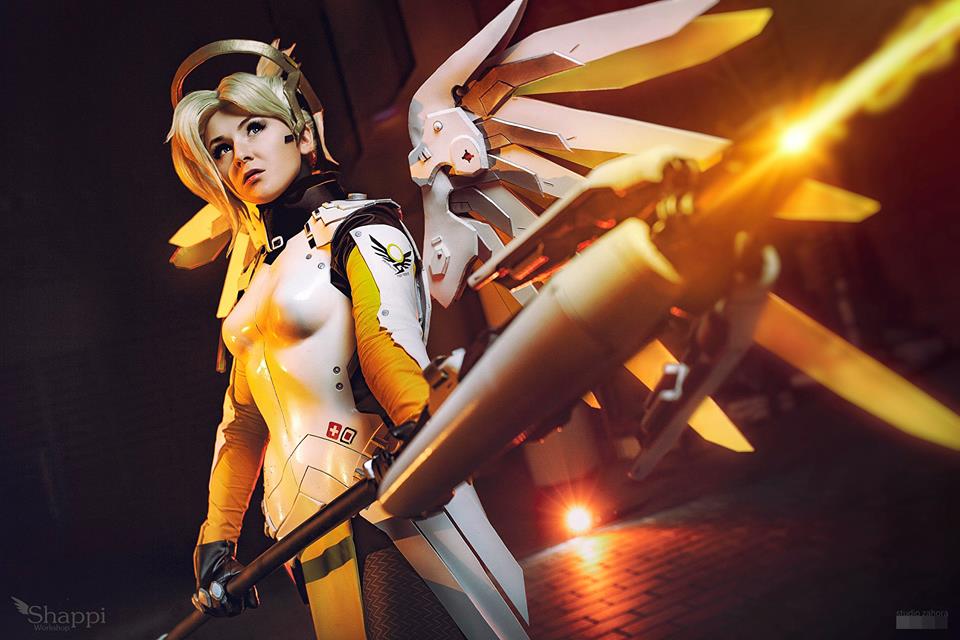 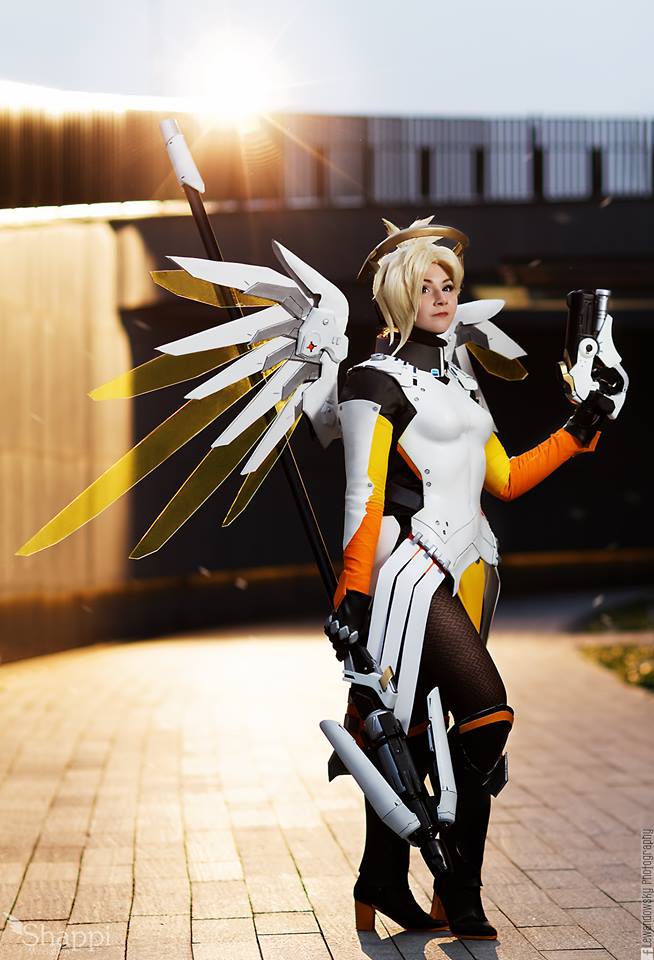 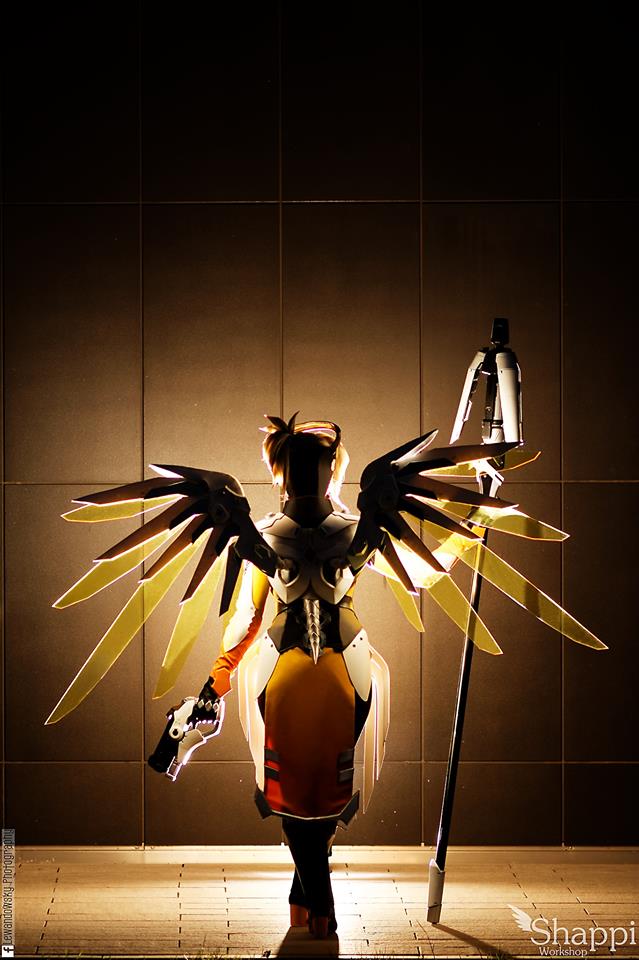 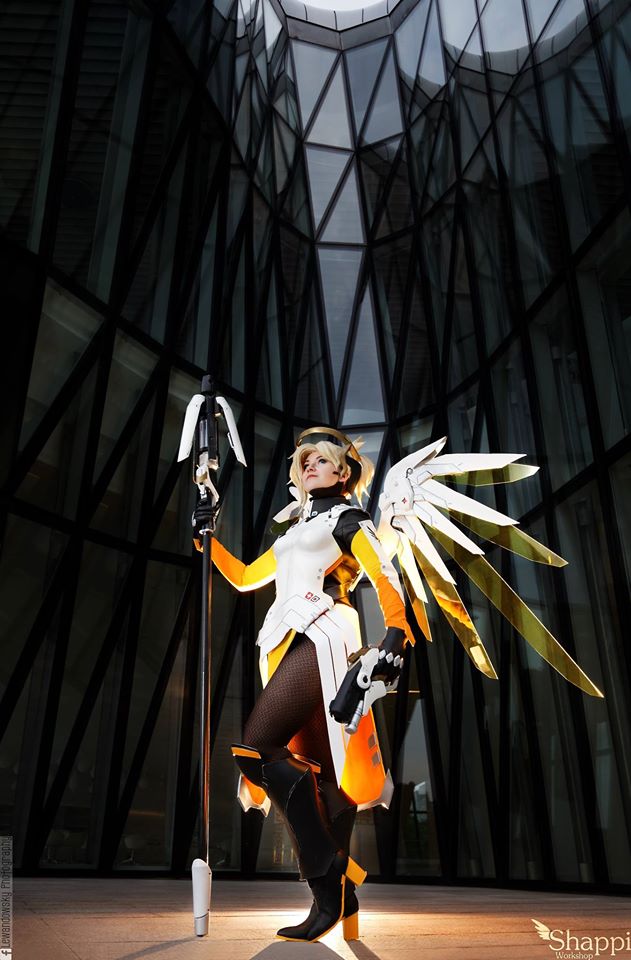 Check out Shappi Workshop at https://www.facebook.com/ShappiWorkshop/