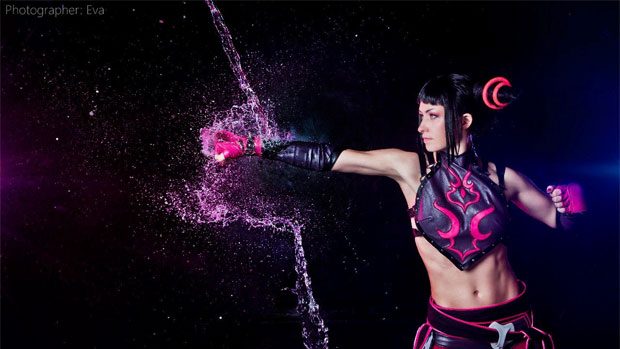 We catch-up with the talented Adelhaid who has an amazing passion for cosplay and has created some of the world’s most amazing costumes. Adelhaid is also a member of Team Russia 2013 (World Cosplay Summit 2013 Japan, Nagoya) and 2016 (CCCC, Animecon 2016 – The Netherlands, Hague) plus has been a judge for a variety of great European conventions like Hinode and BigFest.

Welcome to Impulse Gamer Adelhaid and our Cosplay! So tell us how you became involved in cosplay?

My friends liked cosplay and asked me to make Ran Fujimiya from Weiss Kreuz many years ago. I had a lot of fun during the convention and decided to make another costume later. 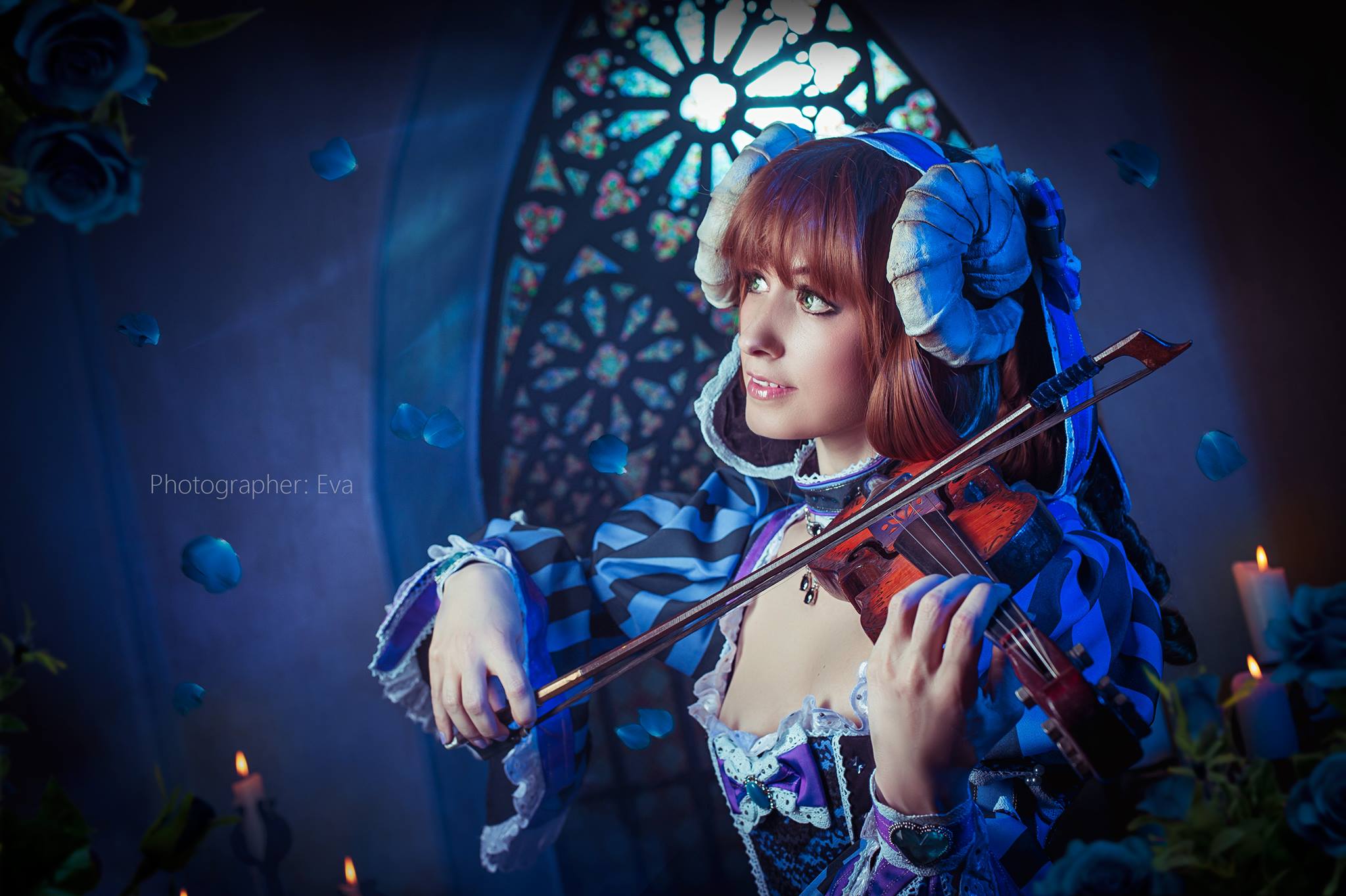 What do you enjoy about cosplay?

Cosplay is a very creative hobby. You can learn a lot of things when you are making your costume or when you are preparing your stage performance for the festival. Last year I tried juggling for the first time in my life because of cosplay.

Is there anything that annoys you about it? 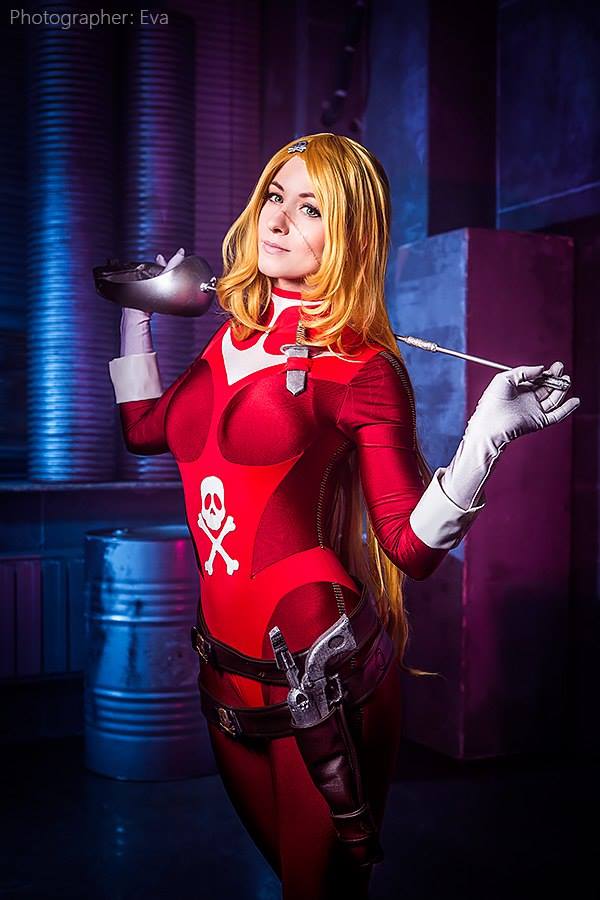 Tell us EVERYTHING about your amazing Ghost in the Shell cosplay?

My friend JustMoolti is one of the best cosplay photographers and it was his idea to make this photoshoot and he did all the CGI. It was an interesting experience as some things were real and others were not. It was like being an actor in the superhero movie when they use chrome key. I had mixed feelings when JustMoolti started to replace my arms and legs by cyborg parts but it was both exciting and frightening. 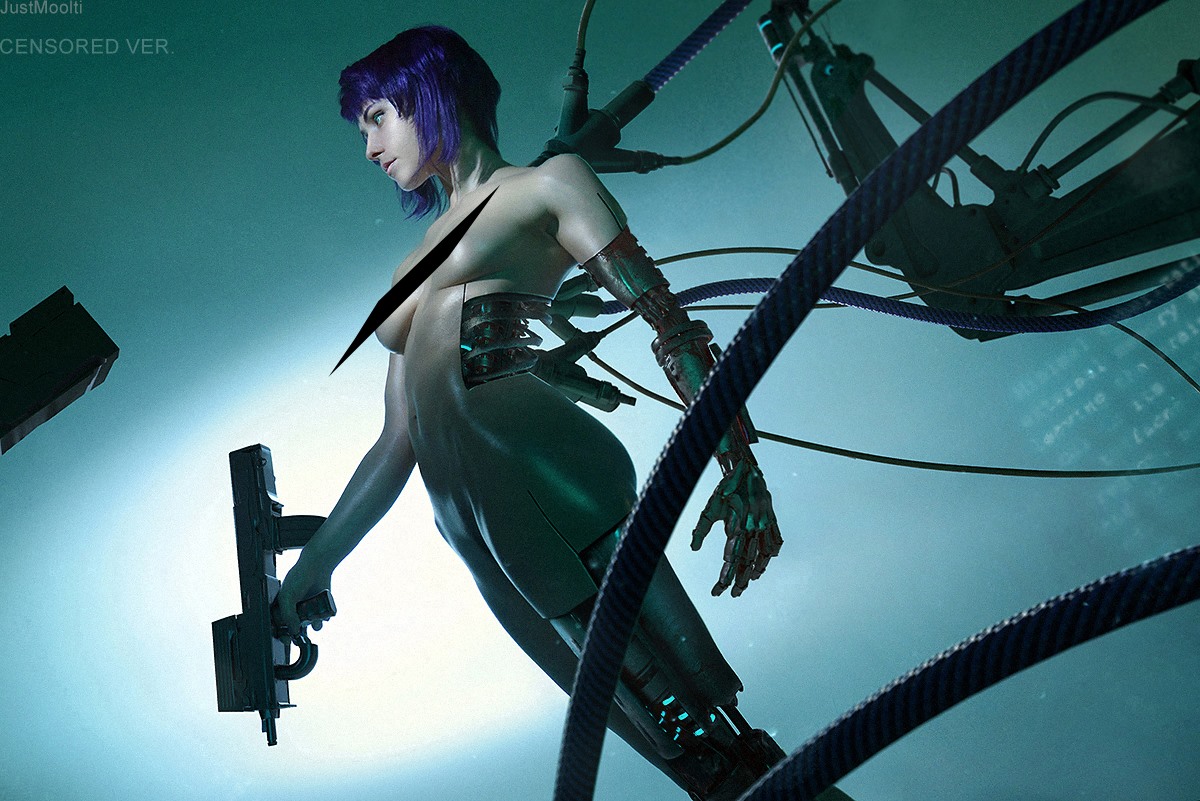 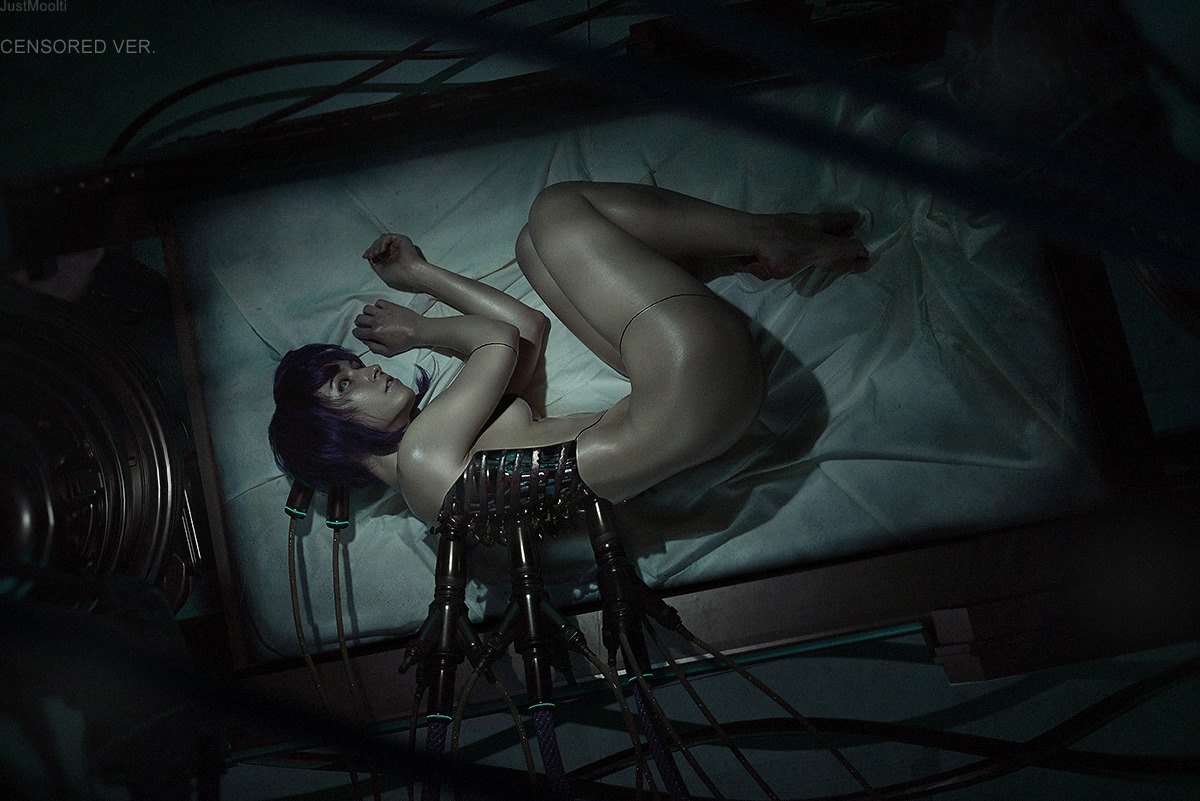 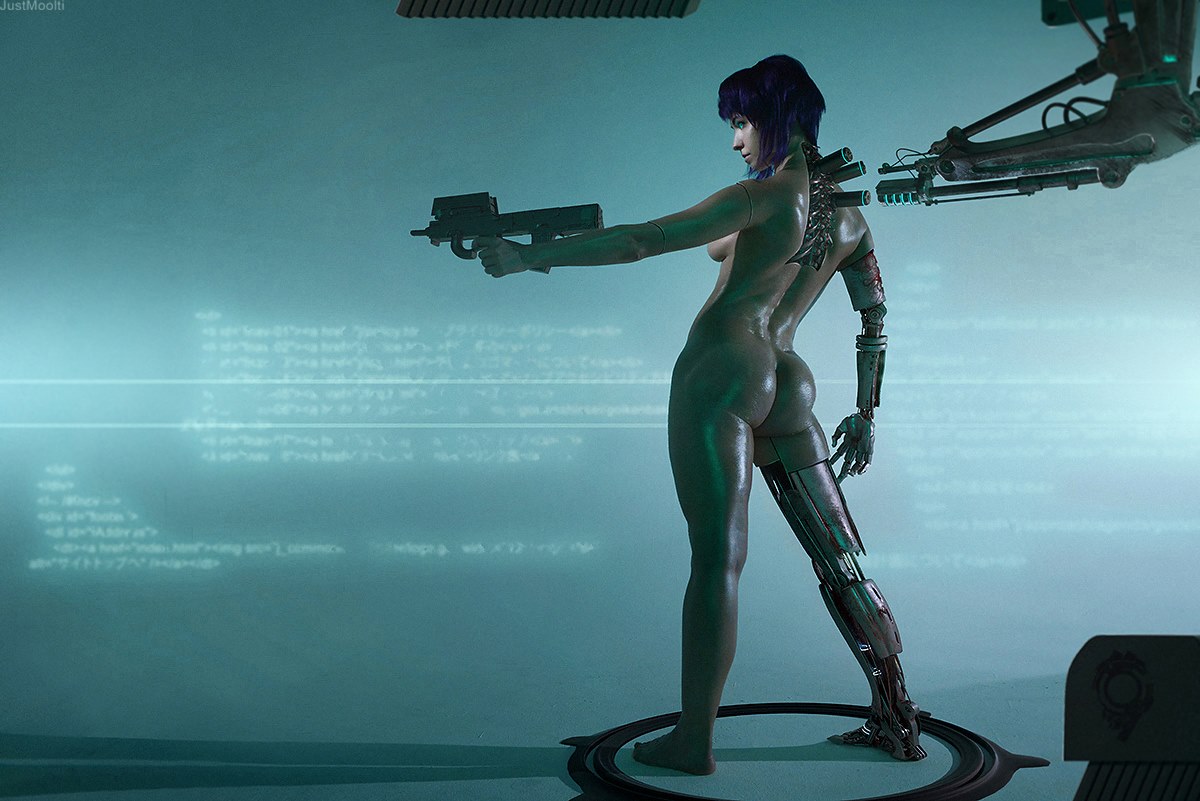 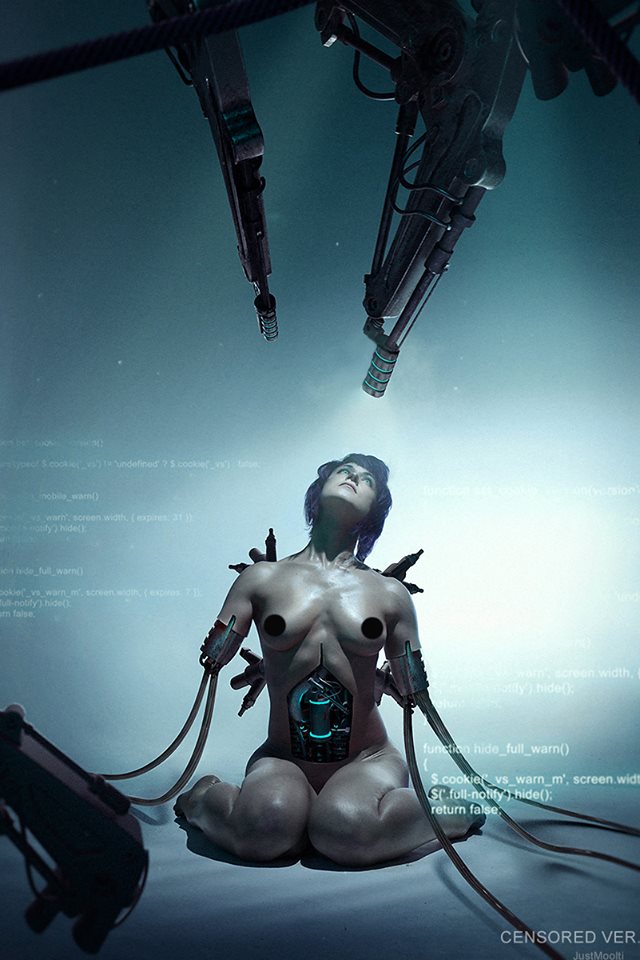 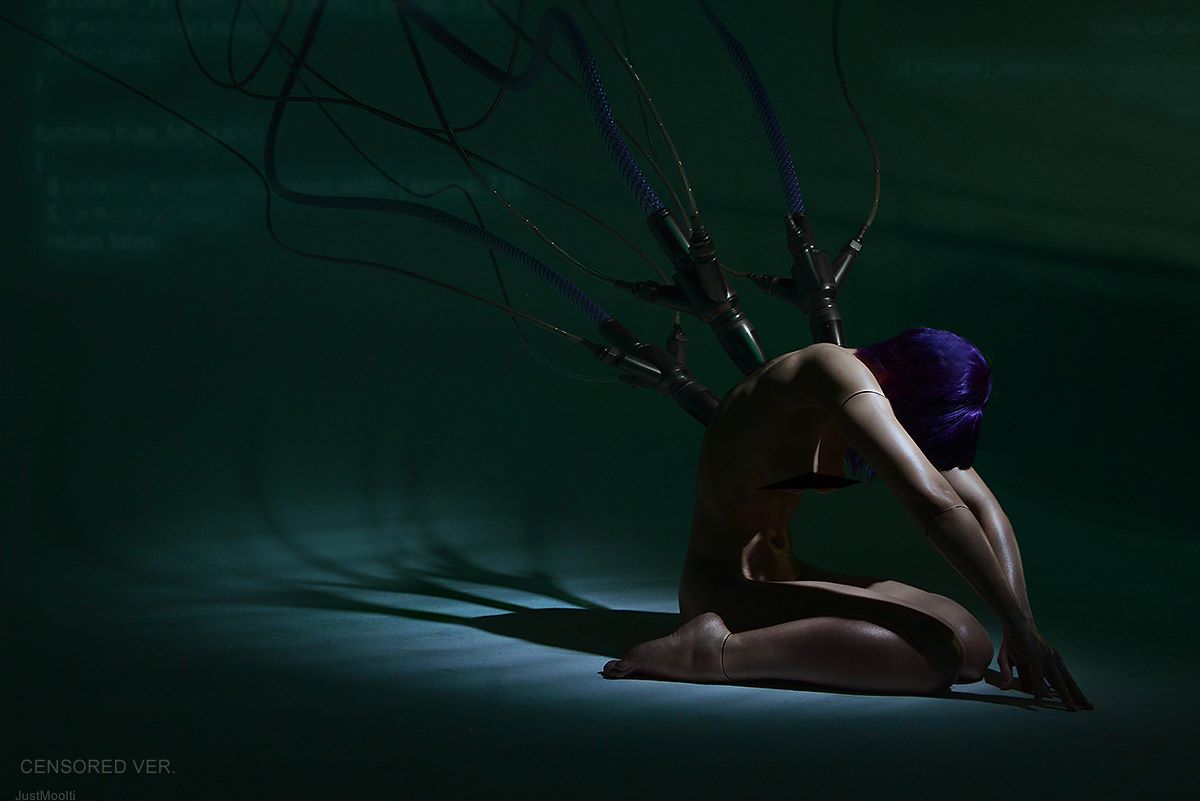 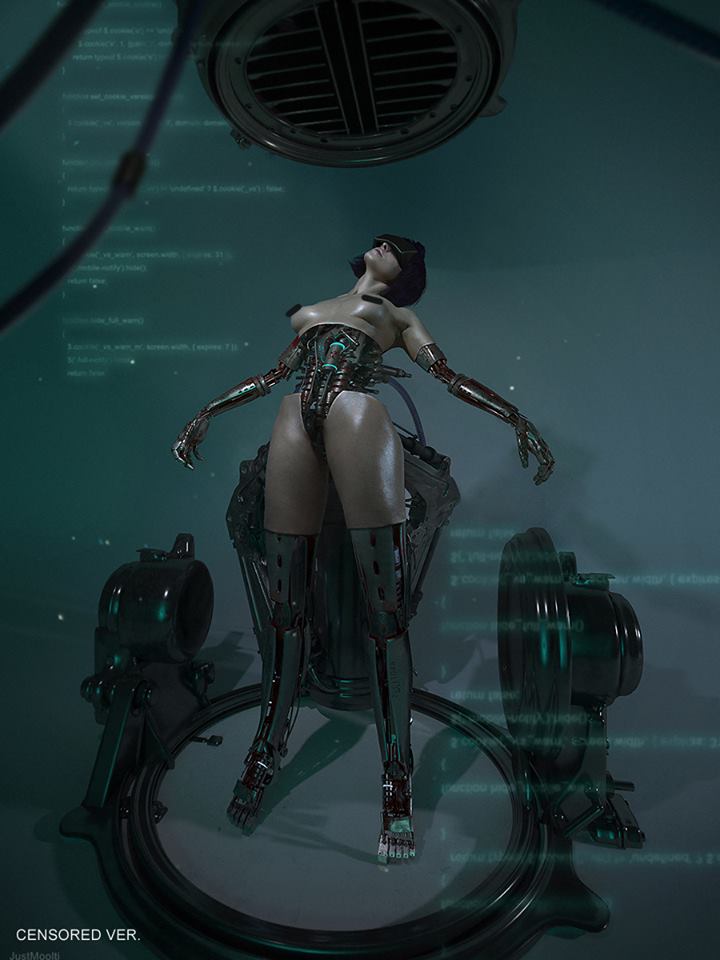 Ghost in the Shell Photos and Edit by Василий Морозов

Where you a fan of Ghost in the Shell before this?

Yes, I was. I watched Ghost in the Shell when I was a teenager and it was my favorite cyber punk movie for a long time. Some years ago I even made Motoko’s costume but I was not very satisfied with it so I had no photoshoot. Maybe I will make another one someday. 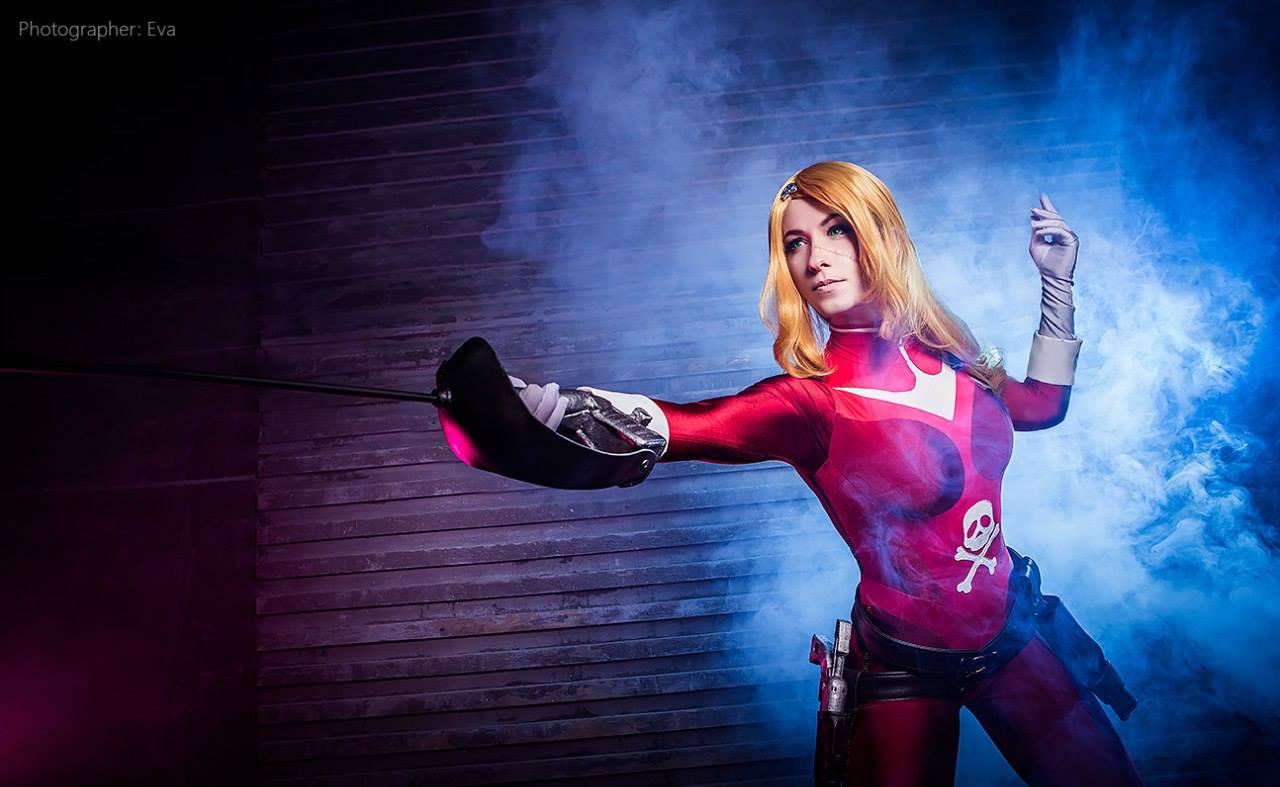 Which character has been your favourite cosplay and why?

I love all of them. I don’t make costumes of characters who I dislike so it is always hard to chose the favourite.

From everywhere. Music, books, historical fashion and the illustrations by Thores Shibamoto were a great inspiration for me for several years. And now I am fond of Olivier Ledroit and his works, Wika and Requiem Chevalier Vampire. 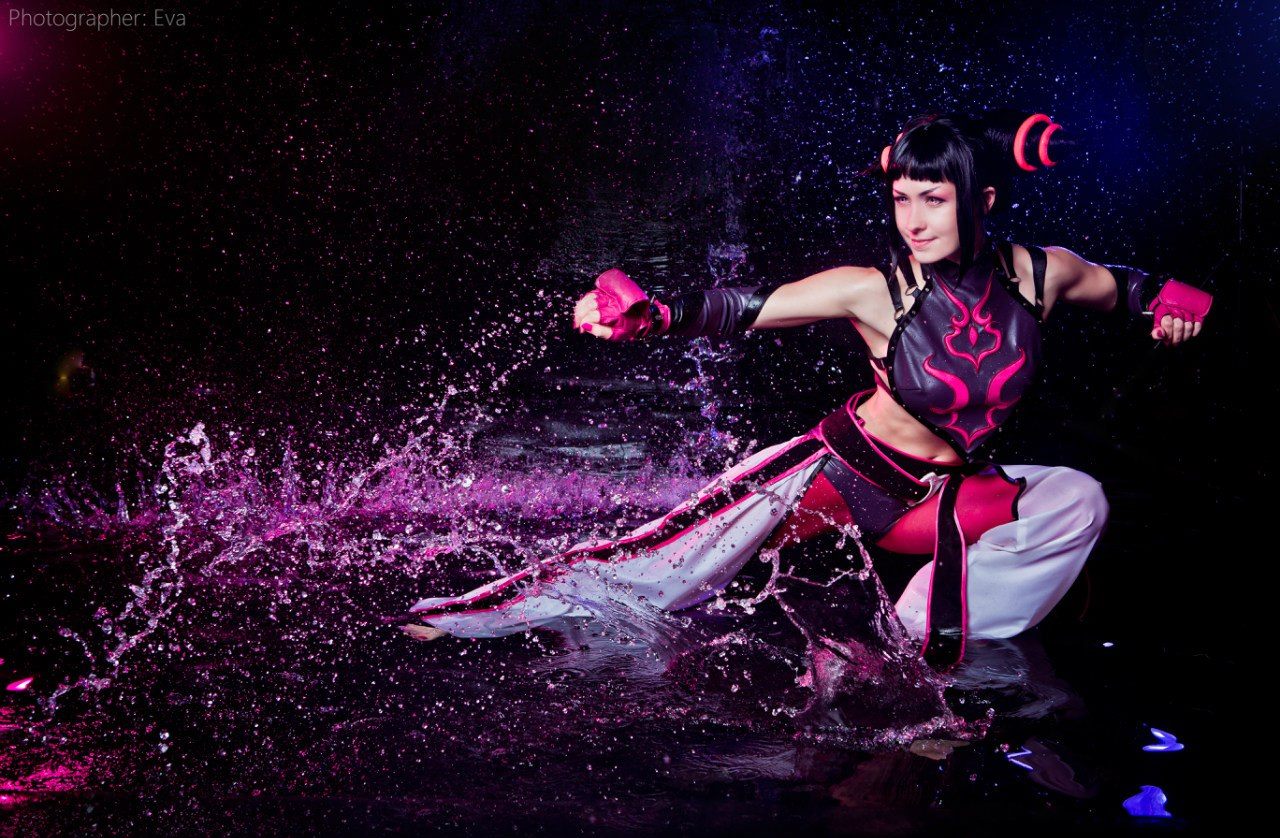 It was a bit sad as the one who was playing Tochiro was my friend for more than 10 years and we lived in 20 minites from each other. Just after we made Emeraldas, Tochiro my friend had to move to the other city.

Tell us about your costume designs?

Some years ago I played LARP games and attended historical dance classes. So I needed a lot of original designed costumes and I liked to make them. I am really proud of my 16th century dress. 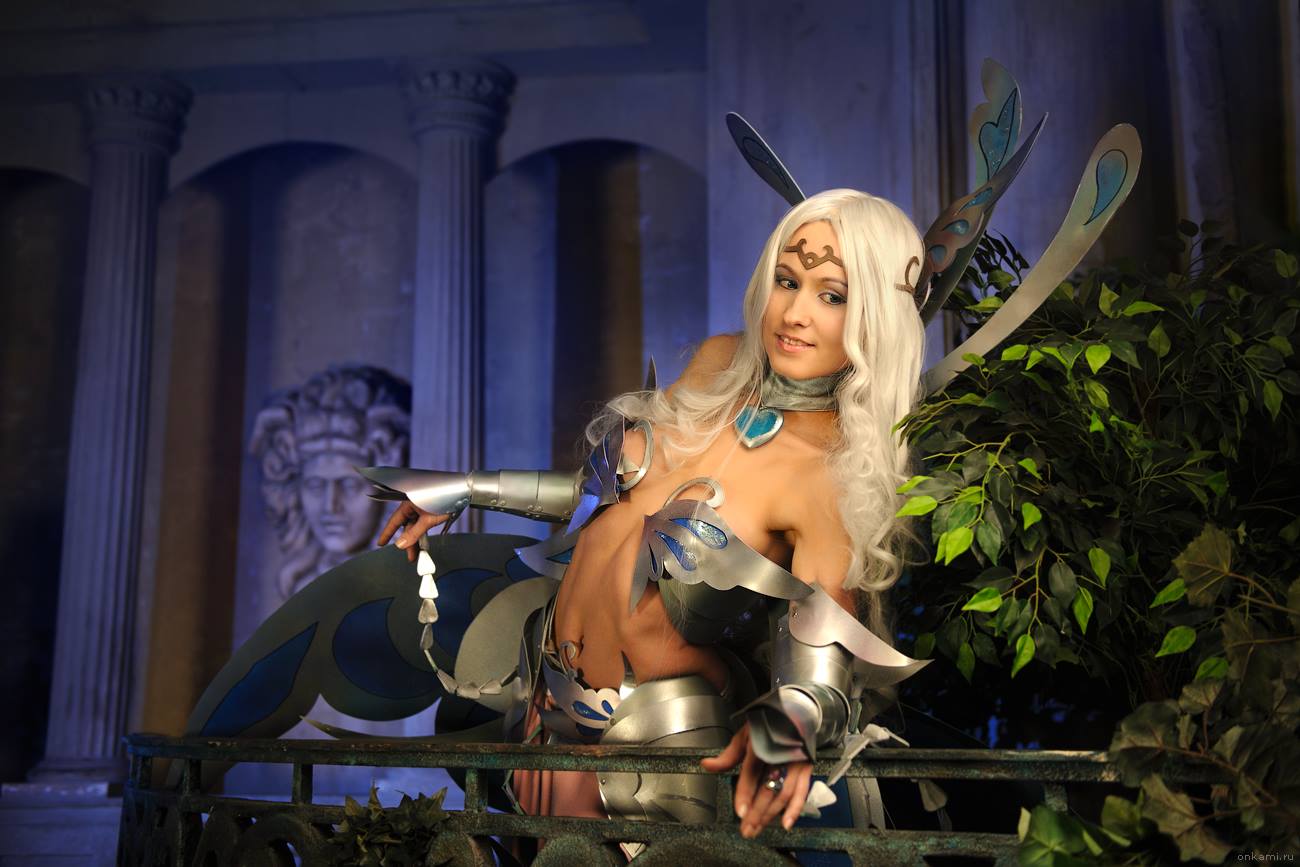 If you had unlimited money and time, what character would you create and why?

Molly Millions with all her augmentations. She is totally awesome and if I had unlimited time I would have a chance to live up to the moment when such things will become possible.

Who else will you be cosplaying?

Now I am making Yuna from Final Fantasy and Sailor Venus. Soon they will be finished. 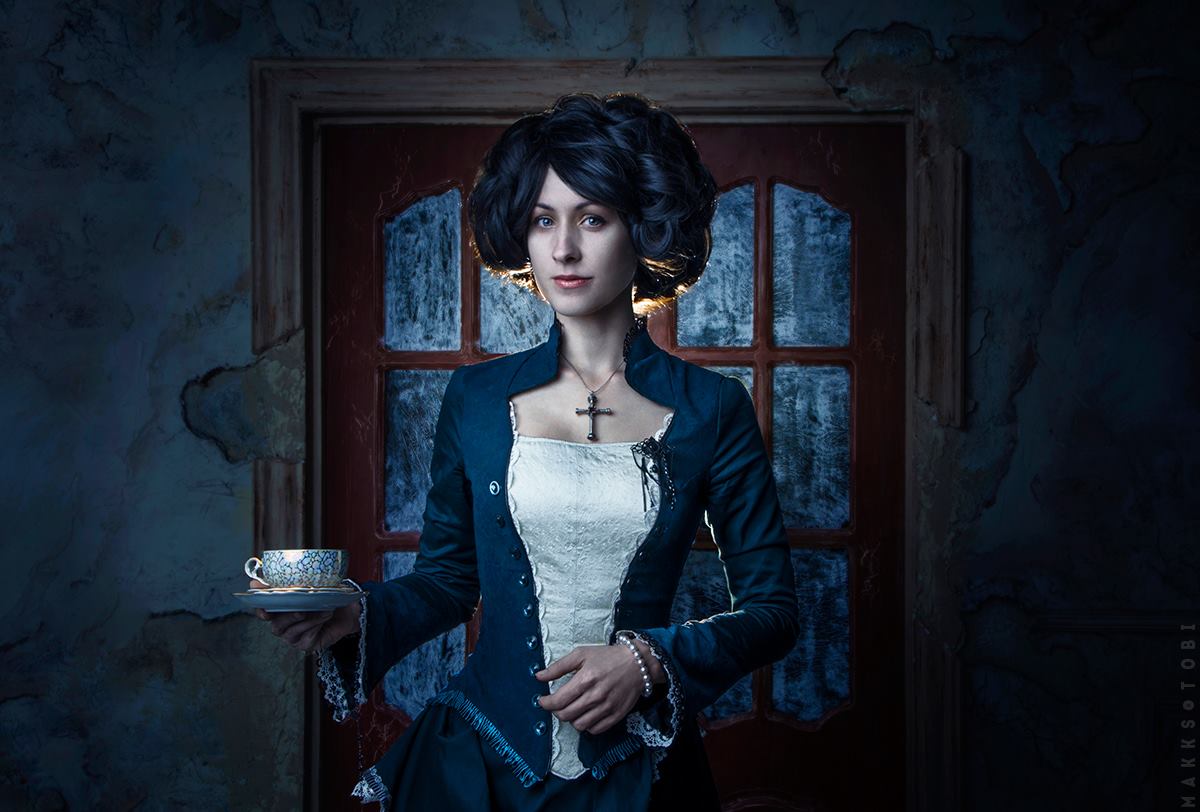 I can’t imagine my life without aerial acrobatics and pole dancing.

Lastly, what else have you planned for 2016?

I am going to make my own design for Lady Amalthea and to start one amazing costume from Wika et la fureur d’Obéron.

Want to know more about Adelhaid? Check out her Facebook Page at https://www.facebook.com/adelhaidcosplay 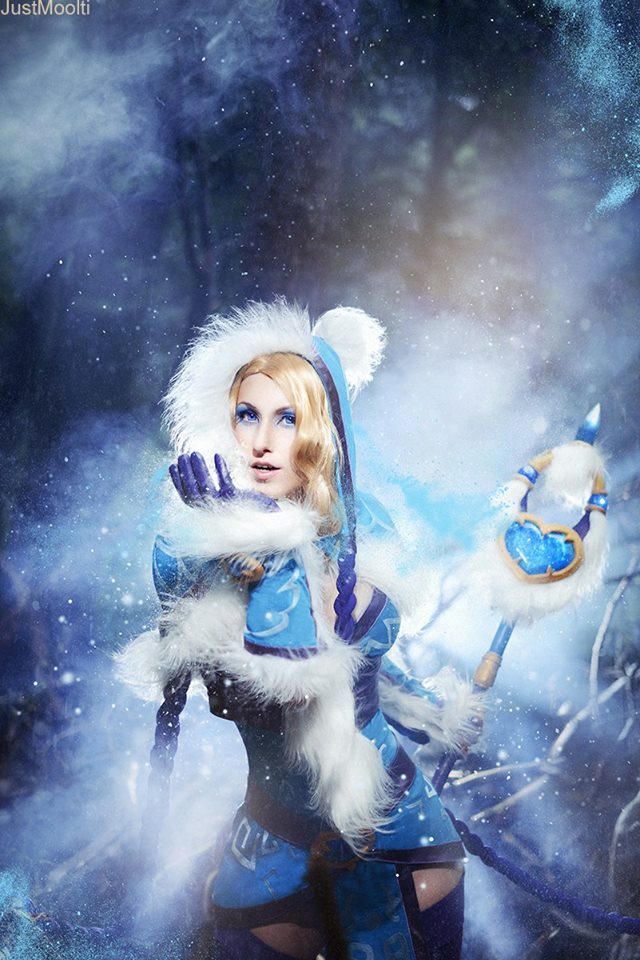