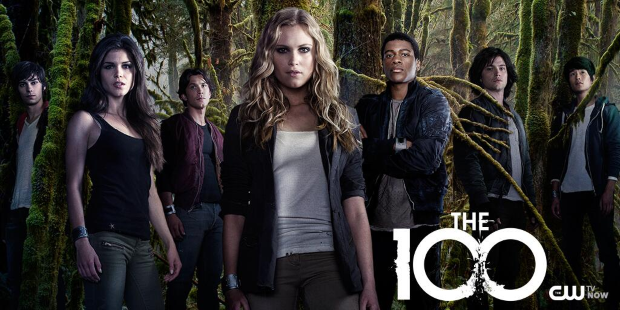 Summary: Although clearly hastily assembled at times, The 100 is a relatively solid affair with an intriguing premise and the potential to one day really leave its mark on the Sci-Fi genre.

Coming from the CW, home to genre favourite Arrow, The 100 is an ambitious take on the post-apocalyptic Sci-Fi genre that, despite its Young Adult Fiction trappings, actually makes for some pretty enthralling viewing thanks to a relatively unique premise and solid performances from the mostly unknown cast. 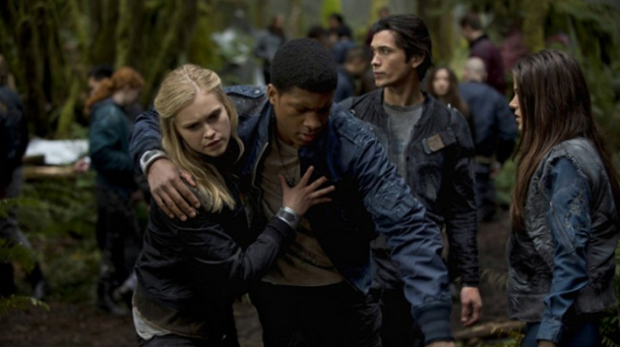 Taking place 97 years after a nuclear holocaust decimated the planet, the straggling remnants of humanity take refuge aboard The Ark, an amalgamation of international space stations that forged an alliance in the aftermath of the chaos. The Ark operates under a draconian law system where any crime, no matter how minor, is punishable by death unless the offender in under 18 years of age, in which case they’re imprisoned.

With supplies dwindling, The Ark decides to jettison 100 young offenders to Earth in order to ascertain whether or not it’s inhabitable.  As you’d expect, the teens soon form their own Lord of the Flies-esque society, struggling to survive in a landscape that’s much different to the Earth of lore. Mutated animals, luminescent butterflies and a mutated race of creatures known as “Grounders” that appear to be humans that somehow have survived the holocaust. 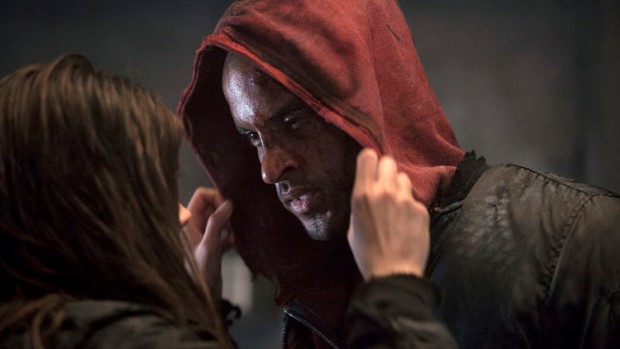 The show splits its focus between the plight of the teens and the brewing political struggle going on behind the scenes on The Ark and manages to consistently maintain momentum throughout most of its season; the writing can be a little hackneyed at times but when it’s not wallowing in doe eyed affection The 100 can be surprisingly brutal and unforgiving in how it chooses to dispose of some of its characters. You’ll often think a character is in the series for the long haul when Bam! Instant Permadeath.

The 100 appears to take some of its cues from other successful forays into YA fiction, most notably the desperate nihilistic tone of The Hunger Games, but the show also manages to put its own spin on the established Sci-Fi and action tropes it employs. The cast all perform admirably and are believable enough, although the acting can veer dangerously close to descending into Soap Opera territory at times, a trait that plagues most of the CW’s programming. 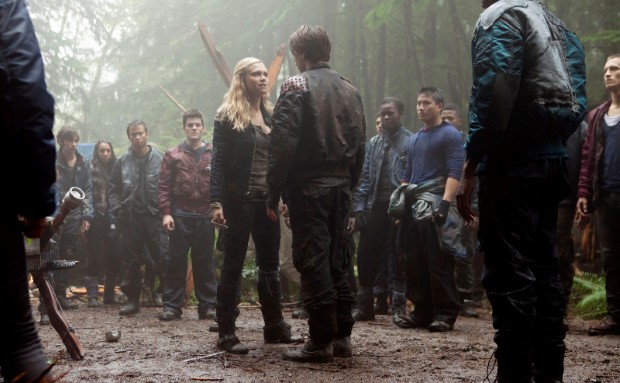 Nonethless, with an exciting central premise and some unexpected twists and turns along the way, The 100: The Complete First Season is a 13 episode journey into despair and excitement that’ll leave you eagerly anticipating the currently airing second season.

Warner’s DVD release boasts a fine transfer that promises clean and clear images and a pleasant audio experience. I did notice some crushing in some of the darker scenes but these instances were minor and, overall, another fine transfer from Warner that treats the material with the respect that it deserves. 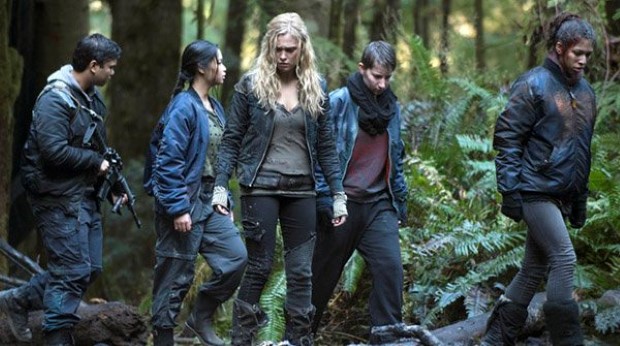 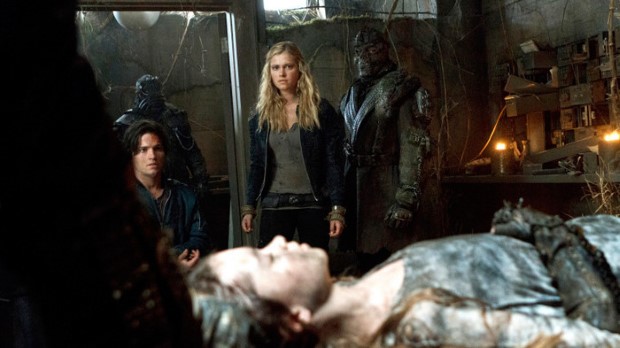 The 100: The Complete First Season comes with a relatively decent assortment of extras, including a pair of deleted scenes, a Comic-Con Panel with a couple of cast members and producers, an actually rather dull commentary on the season finale with creator Jason Rothberg and Producer/ Director Dean White and a sequence of four vignettes covering the show’s premise, set design, the different factions of characters and the environment of the new Earth.

Overall, there’s enough here to entertain fans, even if some of the features are somewhat lacklustre. 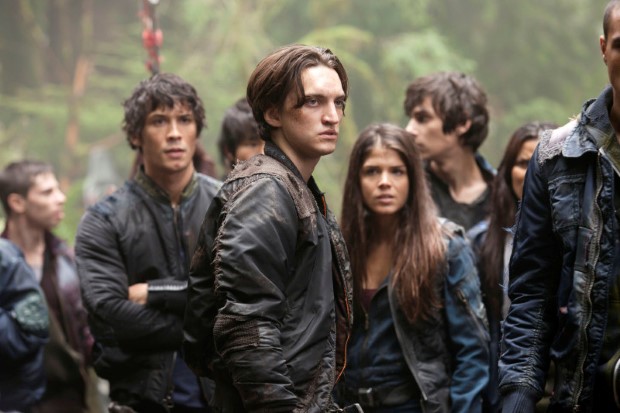 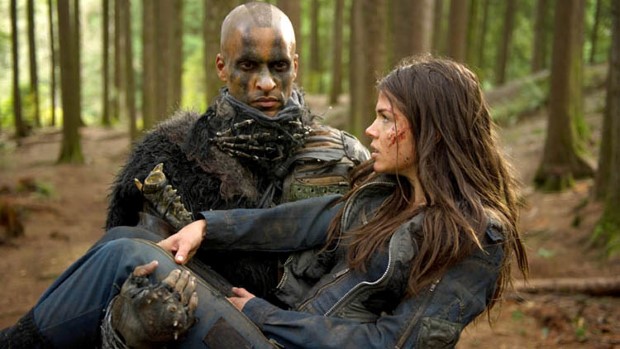 Although clearly hastily assembled at times, The 100 is a relatively solid affair with an intriguing premise and the potential to one day really leave its mark on the Sci-Fi genre.

Of course, it’s not quite there yet (And, annoyingly, it sometimes appears that the writers are under the belief that they already have a Battlestar Galactica type hit on their hands), but admittedly The 100, particularly the second half of the season, does leave a sizable impression once it’s done.

I enjoyed this series much more than I expected and found that I was willing to forgive the plotholes and inconsistencies in favour of immersing myself in the exploits of our group of intrepid pioneers.

Well worth a look. 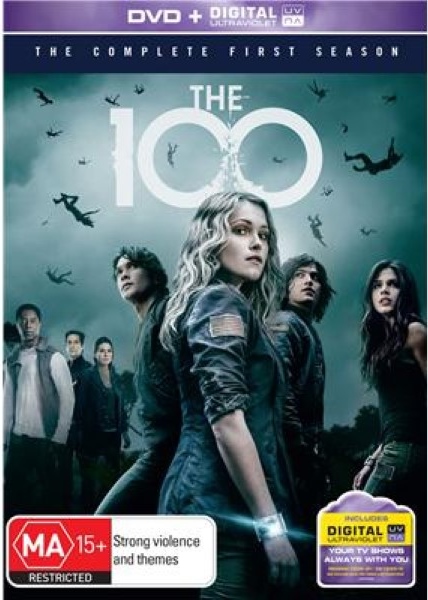