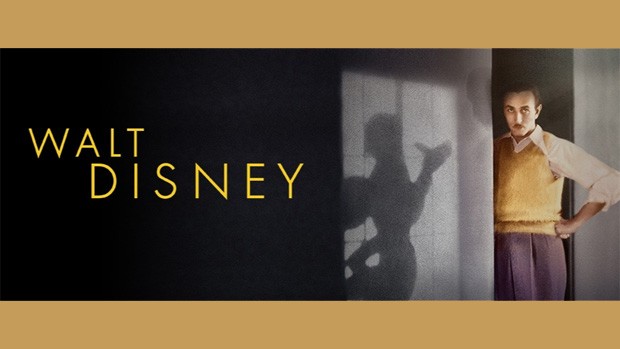 Summary: This documentary strikes a great balance between the different sides of the multifaceted Disney as well as showcasing and celebrating his amazing art and his rich and lasting legacy. Disney’s life really was a wonderful world.

The documentary series, “Walt Disney – His Life & Legacy” allows us all to jump into the wonderful and colourful world of Disney. It’s one that is extremely interesting and exciting. Plus, it’s not all about colourful fantasy lands and spoonfuls of sugar but rather, it shows a complex and captivating human being and family man.

Director/writer Sarah Colt and writer, Mark Zwonitzer were each granted unprecedented access to the Disney archives. They also paint a rather honest portrait of a man who was at times portrayed as a warm fatherly figure but who also had a rather dark side. This documentary steers clear of hagiography and instead shows a more honest version of Disney than the current corporation bearing his name would ever have produced. Walter Elias Disney was born in Chicago in 1901 and he died of lung cancer aged 65. The real-life Disney was a chain-smoker and perfectionist but his programs and movies celebrated his old fashioned values along with plenty of saccharine and corn. This film is broken up into four separate one hour parts and looks at what a driven and determined character he was as well as his striving for innovation and creativity and his desire to harness the powers of new technologies to achieve one thing overall, that is to be a masterful storyteller.

Disney had a strained relationship with his father, Elias but he also had some fond memories from a short period in his childhood. The latter were used as the building blocks for many of his stories and ideas. Most of the Disney films were about outsiders struggling to gain acceptance and to belong. As a young man, Disney managed to achieve some successes and faced many failures with some early cartoon characters (these included Oswald the Lucky Rabbit and a series of Alice cartoons which mixed animation with live-action scenes). But it really wasn’t until 1928 when “Steamboat Wille” a cartoon starring Mickey Mouse birthed a superstar and a phenomenon. Disney was one complex entrepreneur and he would go on to challenge the word of entertainment with his masterpiece, “Snow White and the Seven Dwarves”, the first full-length animated feature film followed by the more artistic and abstract, “Fantasia”. Disney also made some more creative masterworks in the form of “Pinocchio” and “Dumbo”. But it wasn’t long before he became restless and had another vision, to open up a theme park named Disneyland. He realised this dream and along the way he also accumulated numerous Oscars but his pride and joy was getting nominated for Best Picture for his labour of love, “Mary Poppins”.

“Walt Disney – His Life & Legacy” features many talking head interviews and archive footage. Disney’s son-in-law Ron Miller is interviewed along with animators, writers and costume designers as well as film, art and media historians who offer illuminating thoughts and context. Disney’s biographer, Neal Gabler also features here. This film celebrates Disney’s incredible success but also manages to give airtime to his failures and problems. A nervous breakdown is mentioned as well as a labour dispute between Disney and his employees that belonged to a union, which is covered in some detail.

This documentary is a gripping story about the creative genius that was Walt Disney. He achieved so much in 65 years that it almost feels like four hours is not enough to cover it all (especially when you consider the films, “Alice In Wonderland”  and “Sleeping Beauty” are not even mentioned at all). In short, this documentary strikes a great balance between the different sides of the multifaceted Disney as well as showcasing and celebrating his amazing art and his rich and lasting legacy. Disney’s life really was a wonderful world.