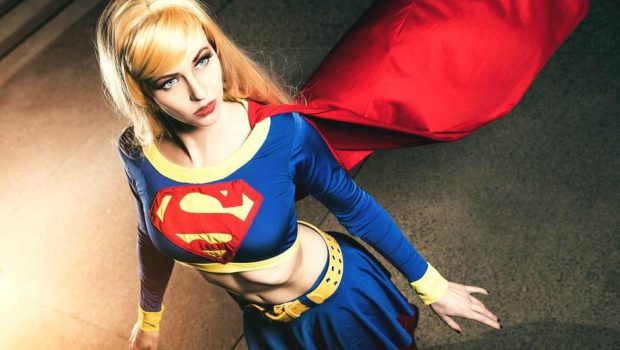 We caught up with the amazing cosplayer Maid of Might (aka Jessica) who not only channels her inner Supergirl but also other amazing characters as a huge comic book fan.

Welcome to Impulse Gamer Jessica, so tell us what drew you to cosplay?

I grew up in a comic book store and was inspired to bring my favorite comic characters to life! To date, what’s been your favourite cosplay so far?

It’s hard to pick a favorite, every cosplay I’ve made I have done for a reason and each has a special place in my heart as a result! My Rapunzel Boba Fett mash-up probably. My first armor build and hours upon hours of hand-painting.

If you had an unlimited budget and of course time, what character would you create and why?

Probably Wonder Woman’s golden eagle armor out of solid gold because at that point, why not right? York in a Box Photography

What’s the coolest part of cosplay?

Being able to pay homage to your favorite characters in your own way and being able to make friends doing it!

The lack of understanding of our community from outsiders. I get harassed and judged often by people who don’t necessarily understand the cosplay community and why we do this.

Tell us a little about your awesome Spider-Gwen costume?

I made my Spider-Gwen costume based on Gwen Stacy from Earth-65 in the Marvel Comics Universe. I love portraying the character Supergirl. She is one of my all-time characters, hence my name Maid Of Might! I can’t tell you what it’s like being Supergirl since I have no powers of my own but making and wearing her outfit is always an empowering experience!

If you go to any con in the world, what would it be and why?

I have a long Bucket List of conventions and I’d love to travel overseas at some point to experience a convention outside of America. You also collect comics, what’s your favourite series at the moment?

I read several series but my favorites have to be Spider-Gwen and many Image Comics titles such as Saga, Thief of Thieves and Descender. I am incredibly excited about DC’s Rebirth as well!

What about favourite comic character?

I have a wonderful array of costumes, collectibles and thousands of comics that I have been collecting since middle school! What about most embarassing?

I am proud of everything in my collection, I wouldn’t say any of it embarrassed me!

Lastly, what else does 2016 hold for you Jessica?

Lots! I have several convention appearances planned as well as some fun new costumes and collaborations!