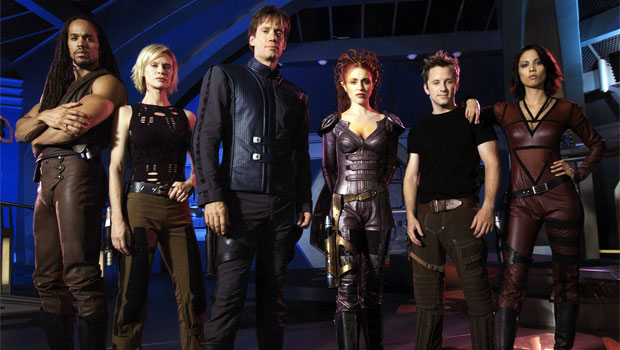 Summary: Gene Roddenberry’s Andromeda Collection on DVD is a must have for fans or those wishing to get their much needed sci-fi fix!

Gene Roddenberry’s Andromeda was a great and enjoyable sci-fi TV, unfortunately it never received the recognition of his previous creation, Star Trek. Even though it’s like the second less popular sibling of Star Trek, both shows were quite distinct and the parallels between the two series (for me anyway) were quite tentative at best, although the Systems Commonwealth in Andromeda is definitely a copy of the Federation.

Given that, I strongly believe that Andromeda is its own entity and is not just another sci-fi series because the characters, storylines and themes are quite interesting, even though it is slightly clichéd from a 2016 perspective. On a sad note, Gene Roddenberry had passed away when this series was created but thanks to his widow Majel Barret and Robert Hewitt Wolfe (Star Trek: The Next Generation, Deep Space nine), they have done some exceptional work at bringing his notes to life. So let’s talk about the series itself! The central protagonist of the series is Dylan Hunt who is played the talented and all-round nice guy Kevin Sorbo (Hercules: The Legendary Journeys) who is the captain of the powerful military starship called the Andromeda Ascendant which is part of the Systems Commonwealth. Unfortunately for Dylan, his ship was caught in a black hole and as a result, he was trapped in suspended animation. Finding himself in the distant future, he discovers that the once powerful Commonwealth is no longer and that the galaxy has slipped into a dystopian universe filled with turmoil and chaos. As a result, Dylan takes it upon himself to help bring order to the galaxy as he recruits a very unlikely group of allies to help with the Andromeda Ascendant and reinstate the Commonwealth. So with 110 episodes and a ‘Herculean’ running time of around 4500 minutes, this is one hell of a box set and will take quite a bit of time to get through and with summer already here, it’s probably one of the best times to get your Andromeda binge.  So joining Dylan Hunt on this marvellous space adventure are a mixture of humans and aliens which add to the overall sci-fi atmosphere of Andromeda. Needless to say, this collection of humans and aliens is a true melting pot, however the theme here is tolerance and that by working together and overcoming diversity, the impossible may become the possible. As the series progresses, objectives are completed, there’s plenty of drama, action and romance plus characters are further explored as the writers continue their world-building based on the notes from Gene Roddenberry. Although for the majority, this episodic sci-fi drama supports standalone stories, however there are interconnecting themes and major plot lines that are all linked together.

So before Dylan was frozen in time, he was caught in the crossfire between the genetically engineered Nietzscheans and the war-like Magog as peace talks fell apart. This forced the crew of the Andromeda in a very precariously position, however Dylan did his best to save the majority of his crew after being double crossed by their Nietzschean First Officer (Steve Bacic) which led to our hero being trapped and frozen in time. Fast forward 300 years later and he is ‘rescued’ by a salvage crew with some of these members joining Dylan and his AI companion of the ship of Andromeda called ‘Rommie (Lexa Doig). This includes Beka Valetine (Lisa Ryder) who becomes the first officer of the Andromeda, a Nietzschean mercenary Tyr Anasazi (Keith Hamilton Cobb) who is the weapon officer of the ship, Seamus Zelazny Harper (Gordon Michael Woolvett) who is the Chief Engineer, an alien called Trance Gemini (Laura Bertram) who is given the role of Medical Officer and finally, a peaceful Magog called Rev Bem (Brent Stait) who is the science officer. However as the series progresses, some of the cast come and go. Also distant travel through this is universe is done through the slipstream that can be quite dangerous which is a great twist of traditional space travel. In terms of episodes and given the large amount, you’ll get your hits and misses but for the majority, they are quite entertaining and there’s some good acting by all those involved. I really enjoyed Kevin Sorbo as the Captain who at times does channel his inner James Tiberius Kirk. Other actors that helped immerse the viewer were Lisa Ryder who is kick-ass female protagonist that doesn’t take attitude from anyone to the amusing and sarcastic Gordon Michael Woolvett. It’s also good to see some powerful female characters in Andromeda, especially Beka Velentine and Trance Gemini (Laura Bertram) and although Star Trek attempted this, it was still stuck in the 60’s in terms of the gender divide. As the series progressed, the stales were definite increased for our crew,especially when it comes this broken universe and seeing the Magog World Ship which is basically Starkiller (see Star Wars the Force Awakens) but with multiple planets. The weakest of the series was probably the final season but thankfully there is some conclusion.

Given the age of Andromeda, the video and audio quality still holds up today, although some of the special effects are starting to age, particularly the alien race called the Magog. Nonetheless, images are clear, colours are bold with good levels of black without any oversaturation. Audio is impressive and really suits the premise behind this sci-fi with good levels, great sound effects and a really memorable soundtrack. For special features, this box set is unfortunately a little on the ‘light’ end with just a handful of additions. Although the alternate takes and deleted scenes are interesting, it’s the bloopers that really grabbed. Given the size of this collection that boats all 110 episodes and even in our interview with Kevin Sorbo, he was hoping for additional content considering how much footage must be available.

Gene Roddenberry’s Andromeda Collection is a must have for fans of this series or for those looking to get their sci-fi fix. For the most part, Andromeda is succeeds at a very memorable sci-fi series, even with the hiccups. Sure, it’s cliched and a little stagnant at times but thankfully the characters, special effects and actors continued steering this series in the right direction. Hopefully with the increased interest in Andromeda, a TV or movie company may revisit this franchise in one form or another. 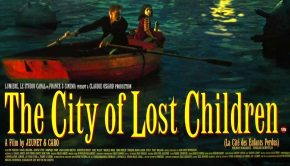