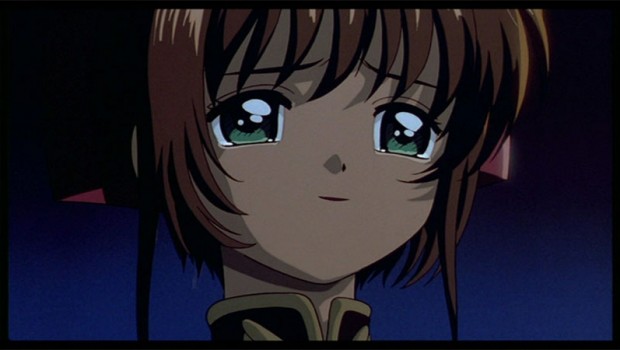 Summary: Card Captor Sakura the Movie is definitely targeted at fans of this genre or for those lovers of anime that love their "cuteness" because it truly doesn't get cuter than this.

Card Captor Sakura the Movie goes beyond the series and creates a standalone story about a group of colourful characters that while holidaying to Hong Kong experience a strange magical experiences that shakes the boundaries of reality itself and adds to the mythology of the franchise.

The protagonist of the story is Sakura who wins an amazing an amazing raffle prize that is a holiday to Hong Kong. Although Sakura’s father is away on business, she decides to take Toya, Yukito, and Tomoyo. It is here where Sakura meets up with her old friend Li Shaoran and cousin Meilin but things are about to lead to disaster.

Unfortunately the sorceress Madoushi has been influenced by Clow Reed, the wizard responsible for creating the Clow Cards and as a result, Sakura must battle this newly awakened evil that threatens the world once again. But as Sakura is one of the world’s most competent Cardcaptors, watching her journey unfold is quite a treat that mixes drama, action and even romance. I also love the comedic elements of this film and even though the story is clichéd as we all knew that Sakura would not have a normal holiday, it is still an entertaining story, especially the stylised animation.

However what makes Card Captor Sakura the Movie so special is the amazing animation that is oozing with anime cuteness, especially the surreal dream sequences when Sakura is invaded.  For fans of Card Captor, it’s also great that so many characters from the series return which almost makes this like a reunion special. Add in the great musical score and Card Captor Sakura the Movie is a well presented anime release from Madman. In conclusion, Card Captor Sakura the Movie is definitely targeted at fans of this genre or for those lovers of anime that love their “cuteness” because it truly doesn’t get cuter than this. Even if you have never seen the series, most viewers will easily be able to start watching this film from the get-go without being penalised whatsoever. With over the top battles and some great characterisation, this is definitely an above average anime movie that I could happily recommend.