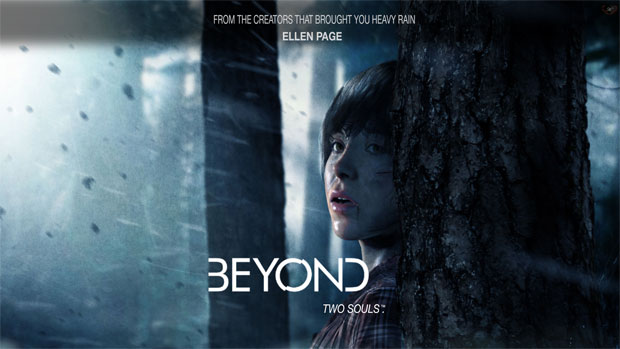 Summary: Sure, there are a few plot holes and clichéd moments in Beyond Two Souls but like Heavy Rain, it may become one of your most memorable gaming experiences to date.

Every now and then, there is a game that goes beyond the traditional sense of the gaming norm and creates this amazing interactive and story driven experience. The Last of Us was one such game and the developmental predecessor to Beyond Two Souls was Heavy Rain which really challenged the gaming world. Given that, developer Quantic Dream has evolved their previous story driven title, Heavy Rain and created Beyond Two Souls that is even more like a movie. Not only does it give us a very relatable and charismatic protagonist named Jodie Holmes but due to her history, it gives the gamer full control over her actions which not only shapes the character but creates a very emotional bond. It is truly a psychological roller coaster ride that is filled with emotions, tension and drama. It’s gaming at its best!

Unlike more traditional games that has a start, middle and ending, Beyond Two Souls mixes things up and lets the gamer play key moments in Jodie’s life. The choices that you make for Jodie influences how future segments play out and can potentially create some very powerful moral choices and consequences. However Jodie Holmes would not be such a likeable characters without Ellen Page who not only voices her but lends her likeness to the characters from child to teenager and adult. These choices also determine the ending of the game and there are more than just one. Some choices are mandatory but another interesting element of the game is that if you fail, the game does sometimes create its own way out. From the very first moments of this game, you learn that Jodie is a truly troubled soul and this is due to her connection to an entity that she has dubbed as Aiden. This almost demonic-like entity has attached itself to Jodie and as a result has become overly protective over our heroine. Unfortunately for Jodie, her father labelled her as an evil child and as a result, she was taken into custody by the Department of Paranormal Activities in order for her and her entity to be studied.

Although Jodie’s birth father and mother have turned their back on their child, she has come under the protective wings of a scientist names Nathan Dawkins who is played by William Dafoe and although he puts Jodie through a barrage of tests, deep down he is quite caring towards her. It’s definitely her father figure.

What I liked about the story of Jodie is that it moves through key parts of her life which may be as a child or adult but it is never in a chronological order which actually helps you understand the character better. This may include her first kiss or her first kill. Then you have Aiden, the “demonic” entity that is linked to Jodie which to an extent has become her friend and her rock, although there is a high price to pay for this relationship. You discover very early on in the game the deadly powers of Aiden that in turn shapes Jodie herself. Without spoiling this amazing game and to highlight Aiden, Jodie is forced by Nathan to attend a birthday party of one of the other teenagers in the Department of Paranormal Activities compound as she is quite isolated in her ward. Unfortunately for Jodie, a string of incidents cause the other children to bully and harass her, after she let down her guard to these teenagers. As a result, she is locked under the stairwell which is where she summons Aiden to help rescue her. Aiden has the ability to manipulate physical objects in the gaming world and when “it” frees Jodie, you have the choice of either extracting revenge or moving on. As the characters and situations are so real, I chose revenge which then allowed me lock the other teenagers inside the living room while I unleashed chaos and mayhem upon them by throwing things around the room and at them. This is where the protective nature of the gamer comes into play due to the realism of the various scenarios. In other words, don’t mess with my Jodie.

The gameplay of Beyond Two Souls is not your average title nor is it a game steeped in continuous quick time events, although this happens. The controls albeit simplistic require the player to perform a certain movement of the controller to complete an action. For example, if you want to open the door, you move the right analog stick in that particular direction or one of the mini-game type events like dancing requires you to push a certain button on the d-pad or a direction on the right analog controller. It takes time to master but somehow it all works. The area where the CIA train Jodie is set up perfectly in the game as it teaches you the basic mechanics of combat. For example, the game slows down when someone attacks you in melee, so you need to push the right analog stick in the direction to either attack or duck. Using guns, although a little clumsy may require you to h0ld down L1 and then push R1 to fire and the cover system works in a similar way. You do have control over where your character moves, especially Aiden who has more freedom and can move through walls and use his poltergeist type powers through the use of the trigger buttons. There is even a motor bike scene plus horse riding that was quite fun but as mentioned, it does take some time getting use to the controls as it’s not your stock standard video game.

Another great element of Beyond is that you can connect a tablet or smart phone to your PS3 via the WiFi. This allows another player to control Aiden and really opens up the gameplay for two people. Aiden can also possess people and although he seems quite powerful, he is tethered to Jodie with a spiritual umbilical cord which will make her ill if you stray too far or stay in this form too long. With that in mind, Jodie is still the star of this game and there are certain fun segments in the game that requires you to use stealth and guile such as the mission to Somalia where you need to use Aiden to distract the guards. Our friend Aiden can also read items and people which in turn is relayed to Jodie to tell another picture of the story. The Navaho scene was brilliant.

The puzzles thrown at the gamer are interesting and if you do fail a puzzle or a mission, the game does give you an alternative on how you can complete your current objective which definitely opens up the game for a few more play throughs.  With the great stories, characters and gameplay, Beyond Two Souls is one of those games that I wanted to play all the time so Quantic Dream definitely done something right and I’ve been gaming since the early 80’s. Graphically, Beyond Two Souls is like watching a Blu-ray paranormal movie on your TV as the character models and textures are so realistic. As the characters are based on actual real people like Ellen Page and Willem Dafoe, it just makes the experience more engaging. When you do control Aiden, it’s like you are between two worlds (great special effects) and nothing is more satisfying than unleashing your powers upon those who have attempted to harm Jodie. The facial features are also amazing and the developers have successfully managed to recreate a variety of feelings and almost got rid of those “zombie” eyes.

If the PlayStation 3 can produce interactive graphics on this scale, I for one cannot wait to see what the PS4 offers gamers. To complement the graphics, Beyond has a very powerful soundtrack that moves with the story and the scenes that you are currently engaged in. It really transforms the game into a movie, especially the voice acting which is probably the best ever in any video game released. Sure, there are a few plot holes and clichéd moments in Beyond Two Souls but like Heavy Rain, it may become one of your most memorable gaming experiences to date. The realism is unparalleled and although the control system borders more on the casual gaming arena than hardcore, it allows both gamers and non-gamers to become captivated by Jodie Holmes and her paranormal entity known as Adien. The ending will simply blow your mind but once again, this is dependent on the actions that you have chosen which leads to the dramatic finale. Quantic Dream should be commended on this amazing title which successfully combines gaming with the movie medium. Highly Recommended!