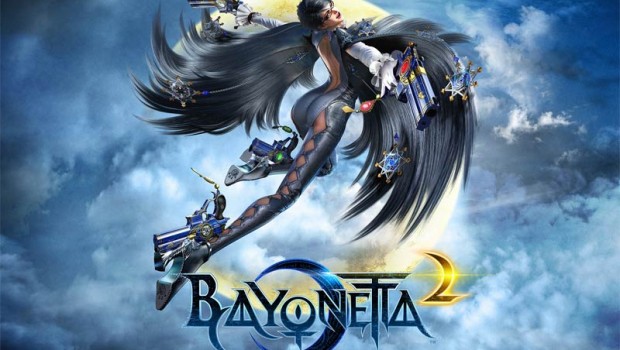 Summary: Bayonetta 2 is perfect on all levels that supports a flawless gaming engine, exceptional graphics and kick-ass female protagonist

The world’s sexiest video game protagonist returns in Bayonetta 2 as this overtly attractive and seductive witch once again pushes the boundaries of the titillation factor used in gaming. Add in all the sexual innuendos that you can think of plus the heavy use of the word “climax” in the game such as Umbran Climax or Tag Climax and beneath all this titillation is a very good game on the Nintendo Wii-U, especially its flawless combat system. This means that when you battle your enemies, the gameplay is quite fluid and fast-paced, especially as you unleash your devastating combination attacks. The story of Bayonetta 2 starts several months after the first game that sees our beautiful witch in the middle Christmas shopping with her friend Jeanne. Unfortunately her respite is cut short when a small legion of angels attack this mortal city which once again requires Bayonetta to arm her gun to take down these nefarious enemies. Although victorious, Jeanne is attacked and she is taken to the underworld which requires our heroine to travel to the darkest reaches of the Inferno to save her. Like the original, the links to the clandestine Umbra witches return as Bayonetta fights her way across a variety of realms, both in the real and mythical worlds. Beautifully presented by both pre-rendered and in-game cinematics, the story of Bayonetta is very well presented and dare I say one of the best looking games on the Nintendo Wii-U at the moment.

Another highlight of Bayonetta 2 on the Nintendo Wii-U is that it comes with the original game so if you’ve missed this title the first time around, it’s a great opportunity to revisit it where all began. With that said, our full review of the original Bayonetta can game be found here. Bayonetta 2 can also be played a variety ways such as the Wii U Pro Controller (preferred) or via the GamePad which also supports off-screen play. Interestingly enough, the control systems of Bayonetta are quite simple that includes buttons for attacks (x2), gun, jump and the trusty dodge mechanic which at times can unleash witch time. You can also string attacks together to form a variety of combos that when linked to her weapons and “super” powers is a joy to watch.  And yes, her clothes (or hair) vanishes for a brief moment while she unleashes her fury. As you do defeat enemies in the game, you are awarded the in-game currency called halos which allows you to upgrade at the shop thanks to Rodin. Graphically, Bayonetta looks amazing on the Nintendo Wii-U thanks to its detailed environments, special effects and of course amazing character models. The star of the game however is Bayonetta herself that if she existed in the real-world would probably be 8-feet tall due to her unrealistic proportions that have been overtly sexualised. With that said, Bayonetta 2 will definitely cop quite a bit of flak from the gaming world, especially with her sexualised characterisation that is made ever so more evident when the camera panders over her breasts or crotch.

However her attitude as a female kick-ass protagonist somehow makes this acceptable, especially when she’s delivering her clichéd one-liners. The voice acting is professional and cheesy, sound effects are perfect and the soundtrack has this great J-pop feel to it that goes hand-in-hand with the gameplay. And it should be mentioned that the game runs at 60 frames per second at 720p… delicious! Bayonetta 2 on the Nintendo Wii-U is perfect on all levels that supports a flawless gaming engine, exceptional graphics and a female protagonist that will make you laugh and also give you a healthy dose of controller rage. Add in the original game and quite a few unlockable content to be discovered (lots of Nintendo goodness here) and Bayonetta2  is one of those games that will have you coming back for more and more. Best of all, Bayonetta 2 does not rest from the success of the previous game but took what worked and basically improves it on the Nintendo Wii-U that makes this one of the best 3D third person action games of the year and proves that the Wii-U is not just for kids!

• Fight with new over-the-top weapons that open new possibilities to the way you battle, including the Kafka, a bow that shoots poisonous arrows; the Rakshasa, a pair of beautiful katana blades; and a giant rifle-inspired scythe known as the Chernobog.

• Team up with a friend in Tag Climax, a two-player online co-op mode.

• In online quick matches, you can wager halos, the in-game currency that you earn by defeating enemies. You receive a large sum back if you can prove you’re a better fighter than your partner. Halos can then be traded in a story mode shop to unlock new techniques, buy accessories and pick up alternate weapon variations.

• Every chapter ends with a medal ranking: Stone, Bronze, Silver, Gold, Platinum or Pure Platinum. The more skilled you are, the higher your ranking.

• This game is approachable for players of all levels, with settings of three difficulty levels. Through Touch Play, you can play with the GamePad’s stylus and touch screen, regardless of which difficulty you choose.