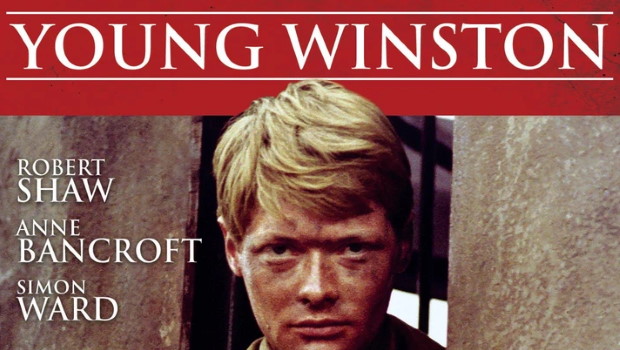 Summary: Much of Winston Churchill during World War 2 has been explored, but less so are his formative years, the years that made him the man that lead his country through some very dark times. Young Winston examines the events that helped bring one of the most iconic leaders of last century to his place in history.

In the last few years there have been a couple of movies made that cover Winston Churchill’s life and actions relating to World War 2. Most people are familiar with this stage of his life and though it is still quite entertaining to watch new tellings of his words and actions, it doesn’t explain how he got there in any great detail. Young Winston explores only the early years of Winston’s life and go someway to explaining how he became the man history knows.

I will be blunt here and say that as much as I have loved Richard Attenborough’s directing work in the past (Ghandi was quite a formative movie for me), I wasn’t entirely sold on the use of voice overs in this film. The very beginning (after we get past the orchestral introduction, which along with the intermission and exit music is a tip of the hat to the old days/ways of viewing the films of this length), is full of many voices covering aspects of Winston’s life. These off screen voices feature a few times throughout the movie and arguably end up being a matter of personal preference… but I found them to be somewhat immersion breaking, they actually remind me of theatre staging. When you want to essentially have one actor carry a show but need some other lines to help move the story along.

The visual quality is pretty impressive for the age of the film. There are some moments that show it’s age more than others, but overall it’s a very clean print and the colours are very respectable for the era. The sound track on the other hand is quite lack lustre but this shouldn’t be taken too harshly as it is fairly par for the course of movies of the same era. We are quite spoilt these days in terms of the range of sound we get and the breadth of our soundscapes. Young Winston is arguably a dialogue based movie so the lack of surround isn’t a huge issue but there are some action filled scenes that would have benefited from some extra oomph.

Despite not feeling this was Richard Attenborough’s best work, I still found it quite compelling and the cast do a fantastic job portraying the intriguing characters. Simon Ward’s depiction of Winston Churchill, from the pout to the inverted hand on hip and vocal rhythm are spot on and great to watch.

Overall a very worthy movie to watch to gain a greater insight into a fascinating man, but it is most likely not going to be to everyone’s taste.