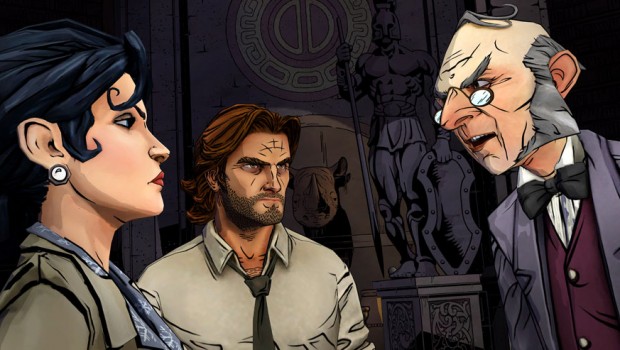 SAN RAFAEL, Calif., Apr. 8, 2014 — Leading developer and publisher of digital entertainment, Telltale Games, in cooperation with DC Entertainment, today announced the release of ‘A Crooked Mile,’ the third of five episodes of The Wolf Among Us licensed by Warner Bros. Interactive Entertainment. The episode is available today on the PlayStation®Network in North America for PlayStation 3, PC and Mac from the Telltale Online Store, and other digital outlets, including Steam. The episode will be available Wednesday, April 9th on Xbox Games Store for Xbox 360® video game and entertainment system from Microsoft worldwide, and the PlayStation®Network in Europe for PlayStation 3. It will also be coming to the App Store as an in-app purchase for compatible iOS devices later this week.

A consistent New York Times bestseller, ‘FABLES’ is one of DC Entertainment’s longest-running series published under its Vertigo imprint since 2002. With over a dozen Eisner Awards, including Best Writer, Best New Series, and numerous wins for Best Serialized Story, the FABLES universe has become one of the richest mythologies in the world of comics, imagining that characters like Snow White, The Big Bad Wolf and Pinocchio from the world’s most beloved storybooks are real – Real, and living among us, with all of their powers intact.

“We last left players within the darkest and seediest parts of Fabletown, uncovering a clue to the recent murders that left the life of the community’s most trusted figure in the balance,” said Dan Connors, CEO and Co-Founder of Telltale Games. “In ‘A Crooked Mile,’ time is running out and Bigby is just steps behind the prime suspect of a horrific crime scene, but he’s not the only one – other forces in Fabletown will stop at nothing to protect their interests. The clock is ticking, and every decision matters in an episode that brings players one step closer to catching a brutal killer.”

In their review of the Season Premiere episode of the series, IGN.com awarded the game an Editor’s Choice rating of 9 out of 10, saying that the first episode,“…immediately stakes its claim as one of the most exciting adventure games of the year.” PC Gamer also awarded the premiere an Editor’s Choice rating, saying, “The Wolf Among Us deftly merges Walking Dead’s moral quandaries with a noir murder mystery starring Fables’ cast of Fairy tale legends.”

The Wolf Among Us: Episode Three – ‘A Crooked Mile’ is rated ‘M’ (Mature) for Intense Violence, Blood and Gore, Sexual Themes, Partial Nudity, Strong Language and Use of Tobacco by the ESRB. Content for future episodes in The Wolf Among Us has not yet been rated by the ESRB.