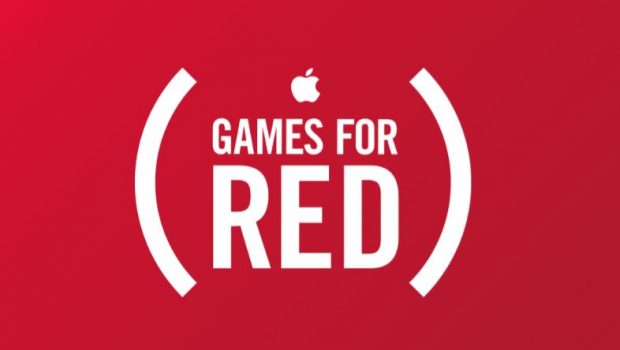 CUPERTINO, California — 01 December, 2016 — In honour of World AIDS Day, Apple® is offering more ways than ever for customers to support (RED) in its mission to create an AIDS-free generation. Apple is the world’s largest corporate contributor to the Global Fund, and this year marks its 10th anniversary supporting (RED) in the fight to end AIDS. 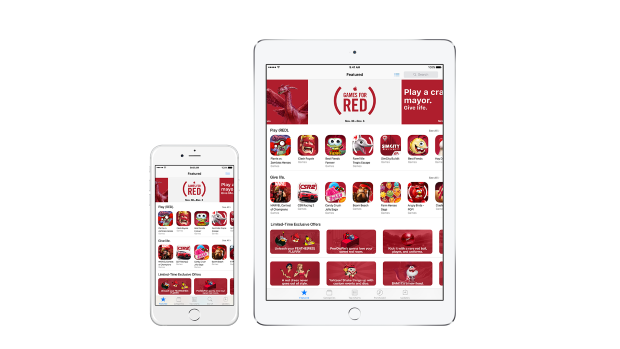 (RED)’s critical work addresses the disparity in access to life-saving medication in sub-Saharan Africa, which has the highest prevalence of AIDS on the planet. The money raised by (RED) funds programs that offer counselling, testing, prevention and, most crucially, the life-saving ARV medication that prevents the transmission of HIV from mothers to their unborn babies.
“The gift of life is the most important gift that anyone can give,” said Tim Cook, Apple’s CEO. “Thanks to the vision and dedication of (RED), an AIDS-free generation is within our reach. We want to leave the world better than we found it, and that’s why our longtime partnership with (RED) remains so important to us.”
This year Apple customers can join the fight while playing the games they love or shopping for loved ones ahead of the holiday season.
For the next week, a range of the most popular games across the App Store® — spanning from racing and sports titles to strategy, puzzle and action games — are offering limited-edition, custom (RED) content, exclusively available on the App Store. All proceeds from the associated in-app purchases go to the Global Fund.
The 20 participating games include Angry Birds 2, Angry Birds POP!, Best Fiends, Best Fiends Forever, Boom Beach, Candy Crush Jelly Saga, Clash of Clans, Clash Royale, CSR2, Episode, Farm Heroes Saga, FarmVille: Tropic Escape, FIFA Mobile, Hay Day, MARVEL Contest of Champions, PewDiePie’s Tuber Simulator, Plants vs. Zombies Heroes, SimCity BuildIt, War Dragons and YAHTZEE With Buddies.
In addition to the current (PRODUCT)RED lineup, which is available for customers to purchase year-round, Apple is also adding four new (RED) products including an iPhone® 7 Smart Battery Case, iPhone SE Case, Beats Solo3 Wireless On-Ear Headphones and the Pill+ Portable Speaker, which are all available today.
Over 400 Apple Stores on five continents will turn their logos red or feature (RED) window decals to raise visibility for World AIDS Day in Apple’s most widespread implementation of support for (RED) at its stores. Apple Store employees will share all the ways our customers can join us in supporting (RED) and the fight against AIDS.
Over the past 10 years, 70 million lives have been impacted by (RED)-supported Global Fund grants. At the start of Apple’s partnership with (RED), 1,200 babies were born with HIV every day, and today, UNAIDS predicts that number could be near zero by the year 2020, with the end of AIDS by 2030.
With the life-saving medication costing as little as 30 cents a day, every person can make a difference. Through these efforts we’ll get that much closer to helping (RED) create an AIDS-free generation.
Key Stats: 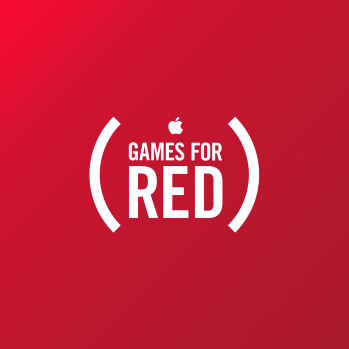 Games for (RED) Descriptions
In Angry Birds 2, you can purchase the (GEM PILE)RED from the in-game shop. In addition to the (GEM PILE)RED, there is a special spell, and a set of custom superhero masks that you can use in the game through December 6. (Rovio) 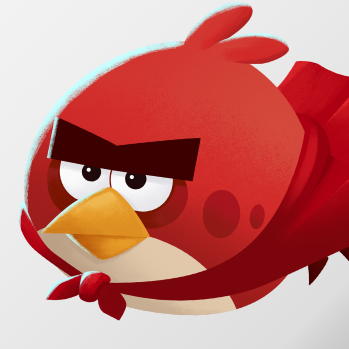 In Angry Birds POP!, you can purchase a special bundle, (BUNDLE)RED from the in-game shop. In addition to the (BUNDLE)RED, there is also a special character, and a (RED) themed community challenge you can take part in. (Rovio)
In Best Fiends, you can purchase the game’s red Fiends, including a brand new hero, the SUPER RARE FIEND Bam, with all proceeds going directly to (RED)’s fight against AIDS. (Seriously)
In Best Fiends Forever, you can purchase the special Slap Damage boost or the unique (FOREVER)RED Bundle in-game, which includes a unique Souvenir, (THE RED HERO!), a special 2x damage bonus to all red Fiends, and limited-edition Stickers with all proceeds going to the fight against AIDS. (Seriously)
In Boom Beach, you can purchase the (PILE OF DIAMONDS)RED and you will earn a special decorative Golden Medic statue to watch over your base for a limited time. (Supercell)
In Candy Crush Jelly Saga’s exclusive (TREASURES)RED event, you can battle bosses and steal treasures for a limited time while also picking up the (MARVELOUS MIX)RED bundle that includes boosters. (King) 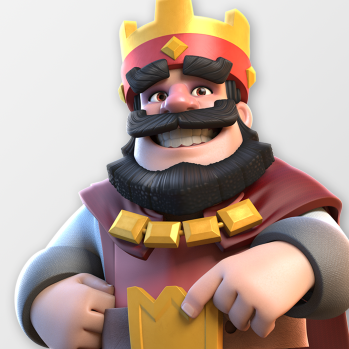 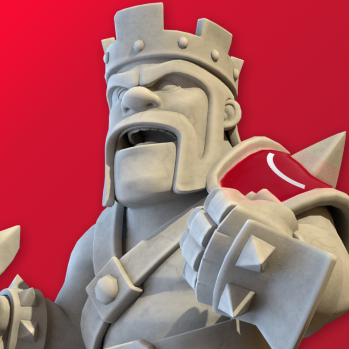 In CSR2, you can purchase a unique rare car, the Bugatti Chiron, which has been specially created for CSR 2 and (RED) by the design team at Bugatti. This very special Tier 5 car is one of the fastest cars in the game and owning one gives racers access to a variety of (RED) race events with rare prizes. You can also receive a daily, free crate containing Bugatti fusion parts and rewards. (Zynga) 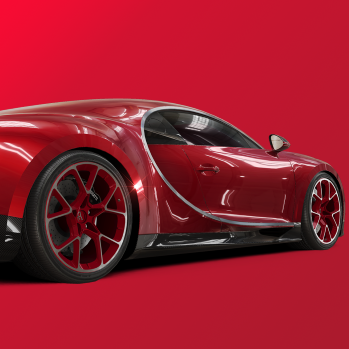 Episode is unveiling brand new Games for (RED) Demi Lovato and Mean Girls stories that include special (PRODUCT)RED outfits. (Pocket Gems)
In Farm Heroes Saga you can match Cropsies, and fireworks will fly during the game’s exclusive (FIREWORKS)RED event for a limited time. Purchase (HUNTER’S PACK)RED for gold bars to help you progress. (King)
In FarmVille: Tropic Escape, you can purchase 3 different premium Hero packages, including the (GEMS)RED Bundle, (LIFEGUARD)RED bundle and the (PARROT)RED bundle, which also unlock exclusive tropical-themed decorations and rewards. (Zynga) 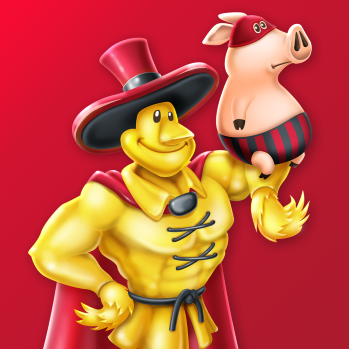 In FIFA Mobile, you can purchase the (ASSIST PACK)RED to unlock limited-edition items. You will also receive higher value players with this special pack including 4 Gold and 2 Silver or better players. In addition, you will get an exclusive (EA SPORTS)RED kit and ball to use in-game, along with the new (PROFILE LOGO)RED to show off their participation in Games for (RED). (EA)
In Hay Day, you can purchase the (BAG OF DIAMONDS)RED and you will earn a special decorative Mr. Wicker statue including the ability to decorate your Roadside Shop with an exclusive RED theme. You can also continue to purchase the (BAG OF DIAMONDS)RED, to place more Mr. Wicker statues on your farm. (Supercell)
When you purchase the (POWER PACK)RED in MARVEL Contest of Champions, you will receive 3-Star Daredevil (Classic), 3-Star Elektra, 2x Tier 5 Skill ISO-8 and a (POWER PACK)RED TICKET to access a special quest from MARVEL Contest of Champions. (Kabam) 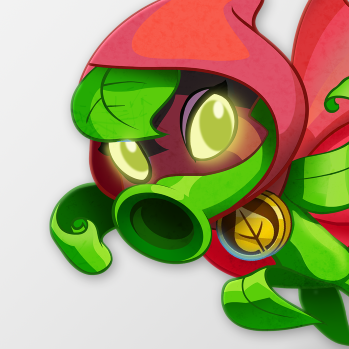 You can purchase the (SUPER BUNDLE)RED in Plants vs. Zombies Heroes containing rare cards with a collection of red teammates and premium cards from the game, including exclusive access to Plants vs. Zombies 2 favorite character, Red Stinger. You can even join forces with Plant Hero Rose and explore exciting new Games for (RED) missions and quests to earn rewards.(EA)
In PewDiePie’s Tuber Simulator, you can purchase a pack of exclusive items that will allow you to decorate your in-game room and help get more votes in our events! (Outerminds)
In SimCity BuildIt, you purchase the new (SIMCASH)RED Pack, earn the right to vote on the new bridge type and get exclusive Games for (RED) Collection buildings for your city. This collection includes the limited-edition (HANGAR)RED, (BALLOON PARK)RED, (HELIPORT)RED and more. Plus, discover a new quest to earn a one-of-a-kind Park. (EA) 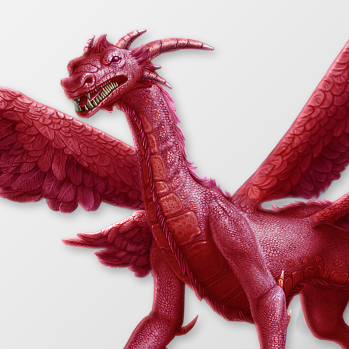 War Dragons is turning the skies red with an all-new dragon, Raetrix, as well as animated hero avatars. (Pocket Gems)
In YAHTZEE With Buddies, you can purchase the (PACK)RED, play in YAHTZEE with Buddies’ (HERO TOWER)RED Dice Master Showdown, or participate in the (COMMUNITY)RED event to join with the rest of the community to earn exclusive prizes such as the (HEARTFELT)RED Custom Dice set. (Copley)