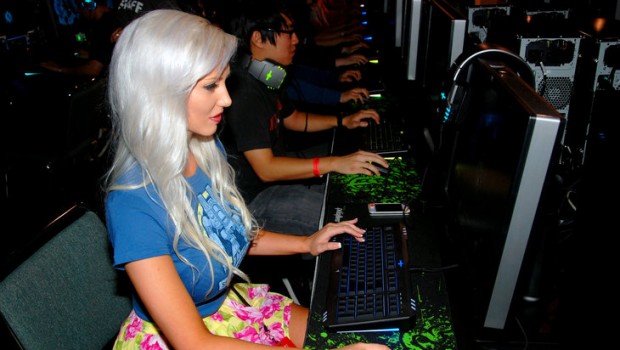 WHY YOU SHOULD BE PLAYING STARCRAFT II HEART OF THE SWARM

Sarah Kerrigan, recently saved by her long-lost and beloved Jim Raynor, groggily wakes up in an isolation cell. Head pounding and confused, she smells the familiar aroma of Terran mechanics and cleaning products. As the clarity sets in, so does the fear, confusion and paranoia. She needed to escape… what had become of the swarm? Where was Jim? What had even happened to her? With her will and fragile humanity seemingly destroyed, she was now Terran again; but why were the remnants of darkness still weighing on her soul? StarCraft II: Heart of the Swarm launched a couple of days ago. Will you be Zerg rushing the stands to get a copy?

The StarCraft universe began with a pixelated, yet robust, storyline and multiplayer modes in 1998. An expansion and a second game followed before the anticipated new Heart of the Swarm expansion, increasing in popularity and quality with each. This rich and intricate universe is not only a multi-million dollar worldwide electronic sports industry stemming from the most difficult and competitive real-time strategy gameplay experience available; it also has a deep and captivating storyline. I am here to give you five solid reasons why everyone and their grandmothers must play StarCraft II, now that Heart of the Swarm as launched!

1. Kerrigan is as Hot as Her Campaign Story

The Heart of the Swarm expansion follows the curvy Sarah Kerrigan on her journey of badassery and Zerg dominance as she threatens revenge and fights her own personal struggles. For unknown reasons, Kerrigan can’t seem to cover any of that body as the gifted psionic Terran Ghost, or the Zerg encrusted Queen of Blades. Not only will you be traversing a diverse and enthralling expanse of the galaxy crushing foes, you also won’t be displeased with the visuals.

I was hoping for more girl-on-girl action.

If you have not yet played StarCraft I, Broodwar, or StarCraft II: Wings of Liberty, you must jump on the bandwagon, even if just to get to the hot Kerrigan action in this current expansion!

Are you a casual gamer? Maybe you are someone who feels the competitive heat of the ladder to be just too hot. Were you the guy who played Big Game Hunters in Broodwar, but never participated in ladder? Think StarCraft is too hard? Think again, grasshopper! Not only has Blizzard implemented an unranked mode to the ladder system, allowing you practice without the pressure, they also refined fun custom gaming with the Arcade!

BarCraft is a fun card game based on drinking, punching, and using StarCraft heroes!

This shiny new answer to the clustered and confusing custom game search now allows you to go straight to where all the fun games are, find the best ones, and even play new modes! Fun or Not allows you to sample games and rate them to better sort the good developments from the bad, and Blizzard is always adding new official games that can be hours of fun. If you are new and wondering what to try, I recommend StarDodgeball, Aiur Chef, BarCraft, StarJeweled and Marine Arena! There is life after the campaign for those of you who are not into ladder life! Good luck, have fun!

3. The Graphics are Insane

If you thought the latest computer games had come a long way in terms of graphics quality that can knock your socks–or panties–clean off, then you’re right, but if you haven’t played HotS, you ain’t seen nothing yet! I was so impressed with the graphics of the in-game cut scenes, that I actually confused a few of them for full-on FMVs! I love the gameplay graphics with the adorable units and the amazing detail already, but the in-game cut scenes, FMVs, and the death and movement physics of the new expansion are mind blowing! See for yourself, and keep an eye open for my favorites: the medivac death and the last FMV of the campaign. You also can’t pass up seeing the limbs of Marines flying, guns still in hand, as a new collector’s edition Ultralisk slices through them!

Kerrigan waking up in the Terran laboratory.

4. The Community is the BEST

There is nothing more amazing than the StarCraft community. They are, without a doubt, the warmest, most interesting, and most intense group of diverse individuals I have ever had the pleasure to experience. They truly want the game to succeed, and they support their streamers, casters, players, and other fans as if they were a close-knit family unit. Reddit, Team Liquid, and TwitchTV provide hours of entertainment, education, and companionship. You’ll find friends in others who enjoy the game; how many video games have that kind of power and resonance?

Ever feel like you want to get out of the house and away from the computer more, and you feel that getting addicted to StarCraft might hinder your progress? Well, the case is quite the contrary. Not only are there weekly BarCrafts in all corners of the world featuring recent or live StarCraft plays on the TVs, alcohol in the glasses, and bustling locals, but there are also live sports tournaments and expos all over the globe as well! StarCraft and other eSports have made it possible to feel with gaming as you do if you were a lover of conventional sports. Bring friends, visit booths, cheer for your favorite players, travel to new events, get autographs, you can do it all at a StarCraft tournament! With the release of Heart of the Swarm so many improvements have been made all over the board, and viewership and turn out will rise with production quality. Get your ticket to the next MLG or WCS before it’s too late!

An IronSquid event. These things are a complete rush, and I know this first-hand!

You’d like a conclusion to my tale of persuasion? Do you really need one? Just get out there and get that game! Learn the back story, play the earlier games, try out multiplayer with all its new improvements, and join the Swarm! FOR THE SWARM!

Also check out our Starcraft II Heart of the Swarm Review

I have been absolutely swamped with work lately, guys! Thanks for your continued viewership of my articles and other content on Impulse Gamer! My new Atari shoot from last month was a hit, and I am looking into shooting some Pacman epicness at a vintage arcade very soon! I am doing more video content as well, including unboxings and reviews, and hopefully some interviews at the next gaming event. You can support me by subscribing to my YouTube channel (www.youtube.com/modeltarababcock) and making sure you continue to check for my articles here at Impulse Gamer every month! Next month you can look forward to some Worms Nostalgia… or maybe a list of my top ten mobile games! Who knows; my list of topics grows longer each day! I can never tire of writing about my little part of the gaming universe! GLHF! 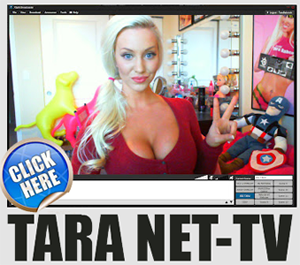 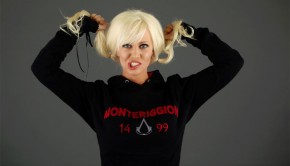 Tara Babcock’s advice on how to get your Girlfriend (or Boyfriend) into Gaming! → 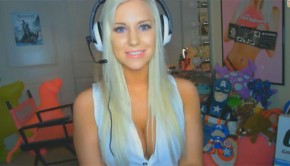 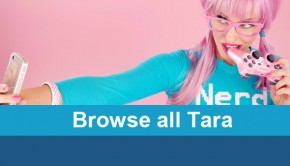 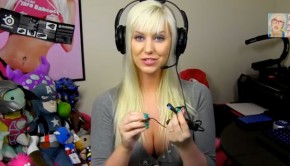