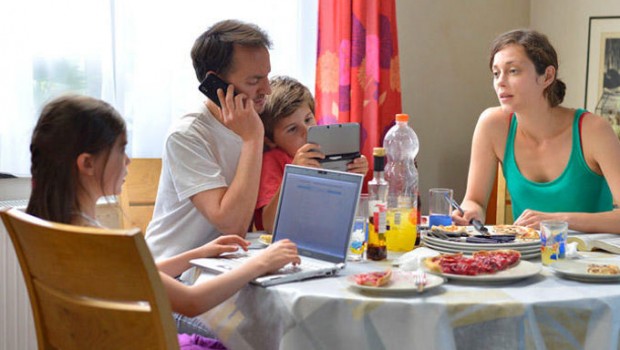 Having previously won the Best Actress Oscar for her turn as Edith Piaf in La Vie en Rose, French actress Marion Cotillard garnered her second Academy Award nod for her role in this powerful and gently immersive drama about the search for dignity in a workaday world seemingly designed to strip its inhabitants of everything they hold sacred.

Helmed by the brothers Dardenne, best known heretofore for both their superb 2008 drama Lorna’s Silence as well as 1999s Rosetta, the first Belgian film to win the coveted Palme d’Or at the Cannes Film Festival, Two Days, One Night is another impeccably-crafted entry into their burgeoning canon and a predictably impressive outing from the actress recently crowned ‘the Most Bankable French Star of the 21st century.’

Cotillard here stars as Sandra, a married mother of two who in the face of a seemingly certain redundancy must attempt to rally the support of her co-workers.  Whilst feeling for her situation these latter are mindful of maintaining both their own jobs and their all-important annual bonuses, which are in jeopardy unless Sandra’s position is vacated.  From this seemingly innocuous premise a film of sparkling depth and real emotional clarity is born, which touches on themes of mental illness and the necessities of providing for your family at all costs amid the uncertainties inherent in the modern capitalist system.

Bolstered by a slew of engaging and emotionally-charged supporting performances as well as the steady hands of the Dardenne’s behind the lens, Two Days, One Night is a masterclass in low-budget cinematic excellence and the perfect vehicle for Cotillard, whose charms are always most aptly on display in her native tongue.  It’s impossible not to empathise with the beleaguered Sandra, and over the course of her subtly-nuanced travails the realities of working life are brought to bear in a way which manages to be both compelling and psychologically deft without resorting to the sort of pathos-laden, formulaic denouement which has derailed many a similar project in the past. Office politics have simply never looked so good. 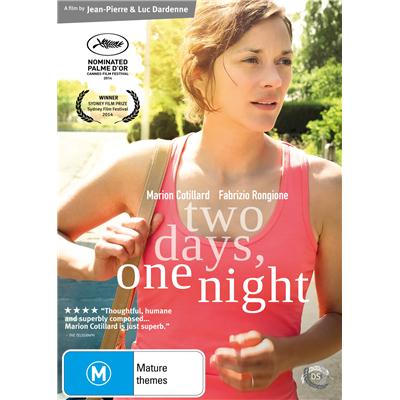