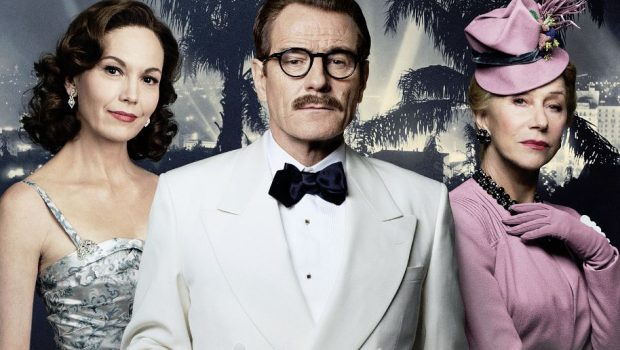 Summary: Troubling biopic that examines Hollywood's collaboration with anti-Communist forces in the US Congress and the damage they did to their own.

The end of World War II and the beginning of the Cold War between the USA and the USSR was a time of great upheaval for Americans at home and abroad. The thirties saw the rise of right wing fascism, and a concomitant rise of those on the left who increasingly looked to the communists to fight Hitler and Mussolini. Many Americans joined the Communist Party of America as a way of signalling their intent to take on the fascists. With the cementing of an alliance between the British, Americans and the Soviets to defeat Germany and its satellites, the commitment by those Americans to communism seemed vindicated. 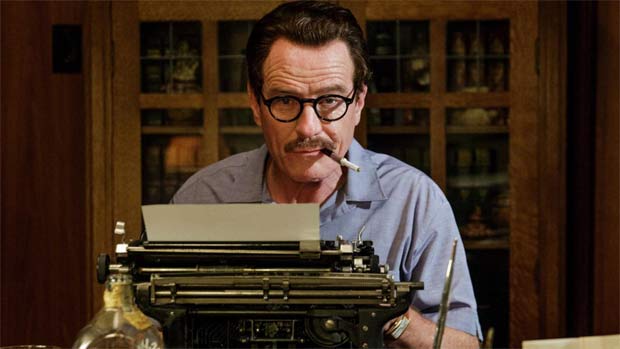 With the collapse of France and Britain as global powers after the war, America took on a new role as a global superpower, vying for supremacy with a bloodied but victorious Communist regime headed by their former ally, Josef Stalin. As with any ideological struggle, propaganda played a major role in supporting American efforts against the Soviets, by bringing the public into line with those efforts. As the issues mounted over the shape of the political landscape in Europe between democracy and communism, an anti-communist mania gripped America.

Trumbo covers that mania, which swept through Hollywood in the late forties, following the life of noted screenwriter Dalton Trumbo (an increasingly craggy Bryan Cranston). While the FBI ferreted for reds under the bed and found them in the shape of spies such as the Rosenberg’s, pressure mounted in Hollywood to ensure that those sympathetic to communism were increasingly shut out. While some of the impetus came from the dubious activities of the House Un-American Committee, many of the changes were to found within the Hollywood studio system itself. Part of it was pure patriotism, as seen in the form of noted gossip columnist Hedda Hopper (a waspish Helen Mirren), but also partly in pragmatism – Hollywood had to police itself unless it wanted the government to impose harsher strictures on it. 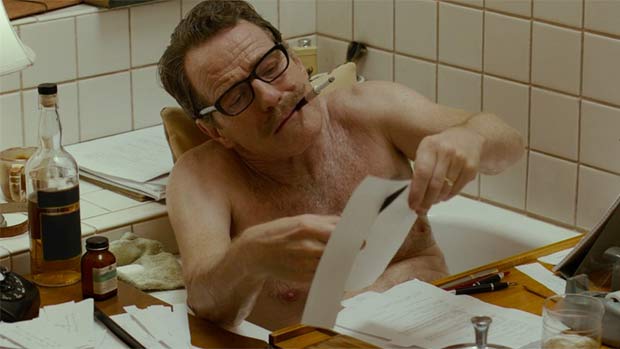 The effect of this was known as the blacklist, a list of directors, actors and writers who were shut out of work if they didn’t renounce their communist sympathies and also didn’t denounce others they knew to be communists. Trumbo (whose real life communist sympathies are substantially played down in this movie) and fellow writers such as Arlen Hird (a rare straight role by Louis CK) faced a difficult choice –betray themselves and their friends by renouncing their affiliation and naming those who wouldn’t, and continue to work in Hollywood, or stand by their principles and lose their livelihoods, and likely their homes and families.

Trumbo takes the latter course. Cranston’s strong performance teases out the contradictions in Trumbo – a man of left wing beliefs standing up for the common man, but one not prepared to lose the trappings of a bourgeoisie life. This contradiction is touched on in an exchange with Hird, but doesn’t become the focus of the movie. The focus instead is Trumbo’s efforts to circumvent the blacklist. After penning the script for Roman Holiday, Trumbo is forced to split the profits with another writer whose name appears on the script. He then falls in with the King Bros., a minor league production house headed by John Goodman and Stephen Root (Hymie King) who major in low rent schlock. Trumbo works out a scheme where he will write and edit scripts and bring in other blacklisted writers so that they can find work.

Trumbo’s central theme is the trade-off between ideals and reality. Trumbo believes in the rights of the working man, but isn’t prepared to give up the finer things in life as solidarity. He talks about the art of writing, but pumps out low rent scripts just so he can get paid and put food on the table for his family. And while he is doing all this for his family, his constant work lifestyle, seven days a week, fuelled by amphetamines and litres of liquor, puts at risk the very foundation of his family.

Trumbo has all the strengths and weaknesses of the biopic. The central performance by Cranston is exceptionally strong, so strong in fact that the other actors wilt in its shade. Diane Ladd gives a decent performance as Trumbo’s long suffering wife, but it is a performance that suffers in Cranston’s shadow. Trumbo’s daughter Nikola gives the strongest performance – armed with much of Trumbo’s idealism but little of his hard earned pragmatism, she shines as a young firebrand who embraces the fifties civil rights era struggles. 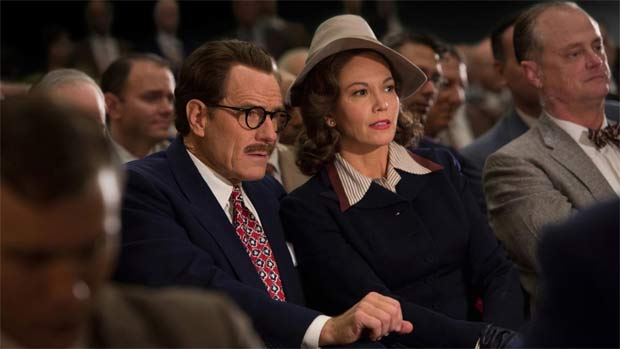 The other weakness is the dilution of the plot as the story moves forward in time. The audience is never really given enough time to dwell on a particular plot point before the script moves to the next landmark in Trumbo’s life. The script spends a lot of time on a treadmill, with only Trumbo’s performance giving it any sense of impetus.

In the end, Trumbo is Cranston’s movie. His strong, central performance gives life to a contradictory character whose ideals was expressed as pragmatic choices, and who weathered a terrible time for civil liberties in America. He emerges as a hero for standing up to a political process that campaigned to protect freedom and democracy but in fact acted to undermine it. While the real Trumbo is a lot less sympathetic than the portrayal we get here, the movie Trumbo reminds us of the complexities of the lived experience.

The extras consist of two truncated featurettes that offer quick glimpses behind the scenes and add nothing to the movie itself. 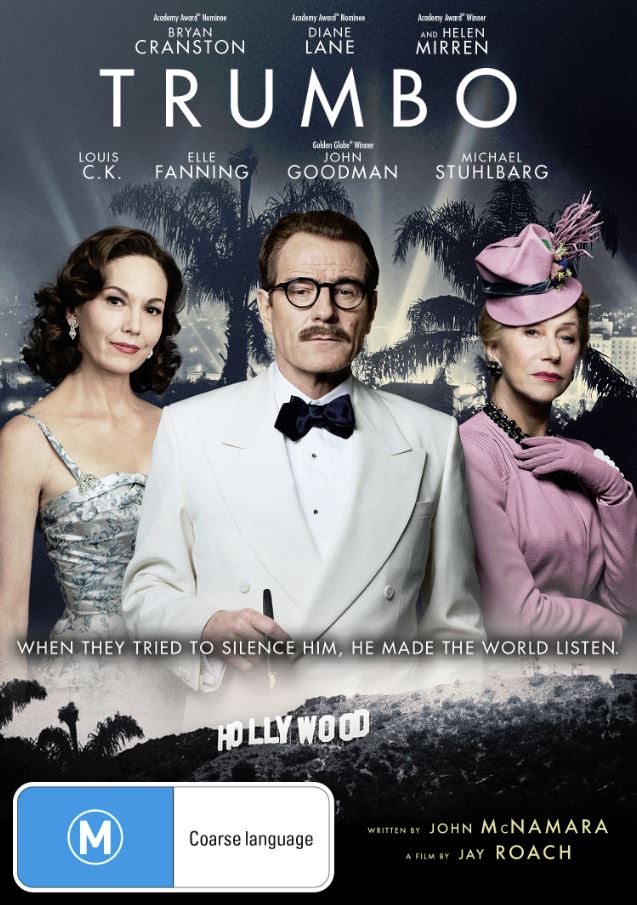