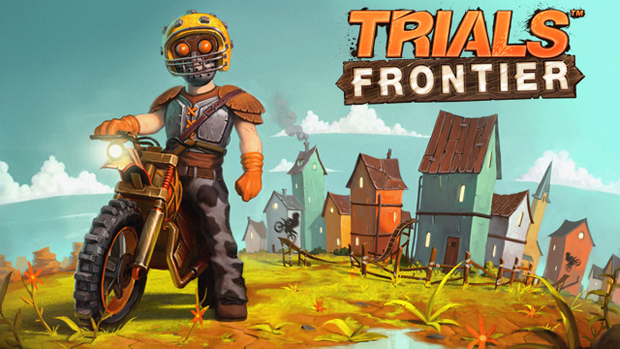 SYDNEY, AUSTRALIA – March 26, 2014 – Ubisoft has announced that Trials Frontier, an upcoming free-to-play mobile title from RedLynx and its best-selling and award-winning Trials series, will be available on iOS devices on April 10th and on Android devices at a later date. Trials Frontier is the series’ first appearance on mobile devices, bringing tricks, flips and competition on the go.

Set in a future wild-west like environment, after the fall of the Trials Fusion universe, civilization has sputtered out and humanity has fallen back into a pattern of small, isolated villages which players will unlock as they progress through the game. Players will race and perform tricks amongst the ruins of the past, to discover quirky characters, a wild story and parts and blueprints to upgrade, customise and unlock new bikes. By connecting with Trials Fusion, an upcoming downloadable console and PC title, players will gain access to bonus rider gear.

Players can challenge friends to races across the extensive Trials Frontier world with in-game social features that will allow players to track friends’ progress across the Leader Boards and share their favourite moments through social networks.