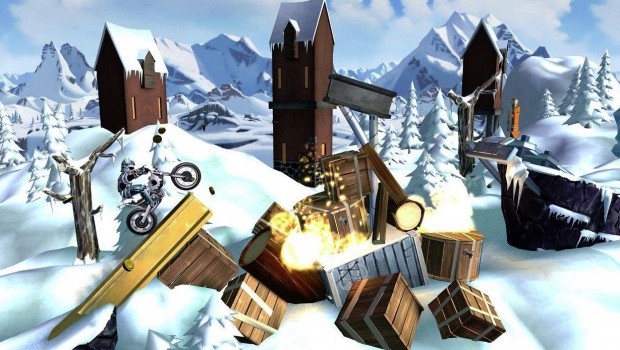 Trials Frontier, the free-to-play mobile title developed by RedLynx from its award-winning Trials series, has introduced sixteen new tracks that are ready to be traversed in addition to the 10 worlds and over 70 unique tracks already available. Fight the chill with a new outfit choice for your two new characters while high-tailing it with an all-new bike.

During this month long event, a new gameplay system will be unlocked every week. For the first week, you can help the Sun God collect items for his changing-season ritual by riding over kindling and smashing snowman heads. The competition will continue in PvP mode with the new Season of the Donkey which speeds up with the all new Blitz mode. Limited edition bike paintjobs can be earned by competing on the weekly Arctic Leaderboard.

Trials Frontier transports players to the distant future where they find themselves the newcomer in a run-down town desperate for a hero. Players will race, flip and cruise through tracks as they earn new gear for their bikes and complete missions before a face-off with the town villain, Butch. As players progress through the game they unlock new maps, tracks, bikes and fine-tune their racing skills.