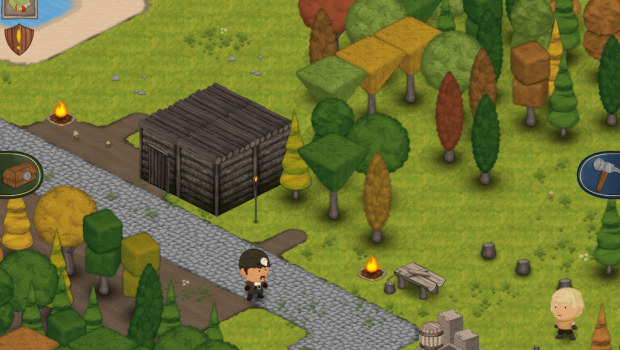 TownCraft is Out Now for iPhone and Mac

Sydney, Australia – April 23, 2014 – The Aussie developer Flat Earth Games announced today it has released the crafting-building-exploration game TownCraft for iPhone and Mac. TownCraft offers players the chance to satisfy their building urges, crafting a variety of unusual tools and constructing entirely new towns from the ground up. Originally released on the iPad last year, TownCraft for iPhone and Mac adds a whole new level of polish, content, depth, and replay value highlighted by four new levels, 30 new resources, new building types and structures, 44 new quests and much more, all without any in-app purchases ever.

“We’re so glad to finally see TownCraft out on iPhone and Mac today,” said Leigh Harris, Lead Designer. “We put a lot of effort into making the game the best it can be for both new platforms. Our hope is that new players and the community see our dedication and love of TownCraft now and well into the future.”

TownCraft is a simple yet addictive building and crafting game that’s easy to get into, non-violent, and engages one’s desire to discover, create and explore. Set in medieval times, players are alone in the wilderness and must start a new town to become the toast of the kingdoms. Gamers begin by crafting the most basic of tools, tying a sharpened stone to a small piece of wood as a hatchet and, before long, their town will be teeming with travellers from all across the land. They’ll buy wares at the local shops, come to check out the sights, have some food, and drink at the tavern players build. Fish, farm, forage, mine, mill, and explore the bizarre and distinctive world of TownCraft.

Stuff you’ll do in TownCraft:

Follow an off-beat story as kingdoms vie for control.