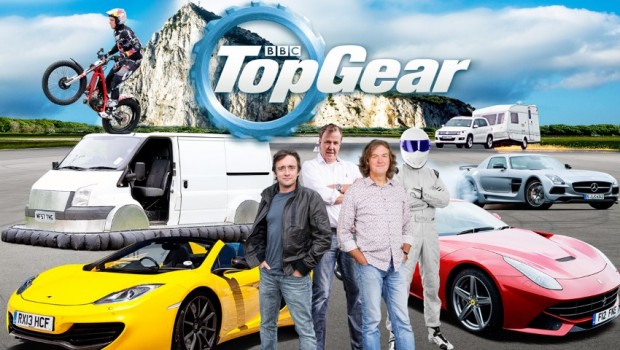 Summary: However what makes Top Gear is the format of the show that successfully combines car reviews, celebrity interviews and crazy challenges which creates this very unique and almost addictive formula.

Collecting the entire season of Top Gear Series 20, the crazy of trio of Jeremy Clarkson, James May and Richard Hammond come together once again for another fun filled season of cars, stunts, challenges and gags. The guys review a variety of cars from the humble Ford Fiesta ST to the amazing Lamborghini Aventador Roadster. Although Top Gear targets the car enthusiast, the hosts manage to make the series quite relatable to even non-car enthusiasts, especially through their witty banter and camaraderie.

The challenges return in bigger and more ridiculous ways such as Jeremy on board the AC45 America’s Cup Sailing Boat while James is driving a Toyota Corolla in order to race from the tip of the Coromandel Peninsula (New Zealand) to the northern tip of the North Island. My favourite challenge was seeing the trio drive “budget” convertibles through the Marina in Spain in order to see who would get the least number of pictures taken and from here, the absurdity just increases  to hilarity. The series also brings together famous celebrities and sports people such as director Ron Howard and Formula One Driver Mark Webber.

However what makes Top Gear is the format of the show that successfully combines car reviews, celebrity interviews and crazy challenges which creates this very unique and almost addictive formula. From super cars to concept cars and even everyday cars, Top Gear Series 20 is not just about cars but also a social commentary on the strange world that we live and when Jeremy can compare David Cameron’s banning pornography with the new Lamborghini Egoista, than you know that nothing is off limits to this great team. 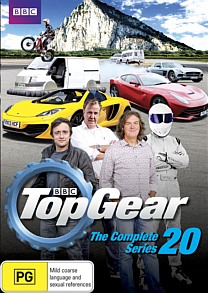