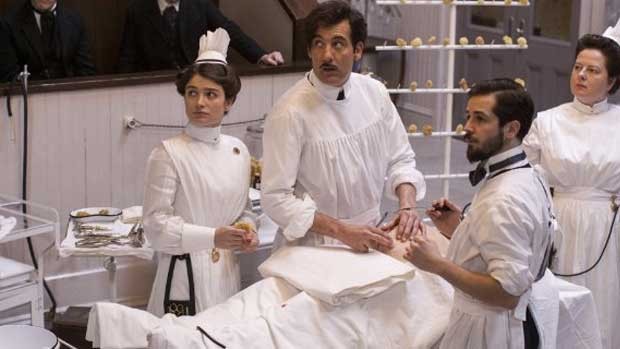 The Knick Season One DVD Review

Summary: The Knick is an intriguing drama about the birth or scream of modern medicine

I was drawn to this series thanks to Clive Owen (whom I first noticed when he played the lead in the under appreciated Privateer 2 PC game). Here Clive plays Dr Thackery a pioneering doctor of the early twentieth century seeking to advance surgical procedures, seemingly at any cost. Within minutes of the first episode starting it is easy to be reminded just how lucky we are to live at a point in time where medical science has already made great leaps and bounds and the risks are generally quite minimal… The Knickerbocker Hospital however is operating at a time when medical science is still trying to gain a firm understanding of many things we now take for granted. 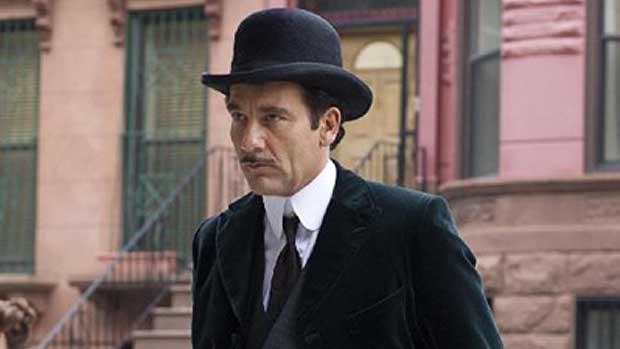 For fans of late 80’s television Thackery’s mentor is played by Matt Frewer (aka Max Headroom), it is in him we first see the strain that trying to save lives can take. This is also where the depth starts to find its way into the story of The Knick. Whilst contemporary medical drama’s are focussed more on the interplay between characters, who’s sleeping with who and so on, the time period of The Knick opens it to many issues that we don’t face (as prevalently) anymore… though in some cases some issues are only too present even now.

Issues of race, drug use and organised crime entwine the characters of The Knick and not only show us how far we have come in some ways, unfortunately it also shows us that perhaps we still have someways to go.

I have to say that visually I am still somewhat on the fence as to whether I like the approach taken. For those who don’t know, Steven Soderbergh has a reputation for only filming with whatever practical light is available in the scene, the benefit to this is it can help to give a very authentic look to a scene, if there are only gas lamps available then we have a scene with only gas lamp lighting. The problem is that because we are dealing with a period in time in which electric lighting is only just starting to be brought into the average home (or hospital as we learn in one of the episodes) we have an awful lot of scenes that do have very minimal lighting which can lead to scenes where you may struggle to see who is talking or what is happening.

The other thing (as is evident when listening to the commentary tracks) is that Steven also likes to shoot from as many different ways as possible, keeping the operating room fresh by using different angles, single shot scenes tracking characters and events over a dramatic event. There is definitely a benefit to having such a talent behind the camera and it gives the show a more, arguably, visceral feel. What the show also benefits from in having Steven at it’s healm, is an understanding of the story and characters and how best to present them. There is a particularly nasty scene later in the season which was originally written as being quite graphic and “going all the way” but Steven apparently opted to stop short of the more graphic scene and the result is actually something much more creepy and unnerving, something a less experienced director may not have managed. 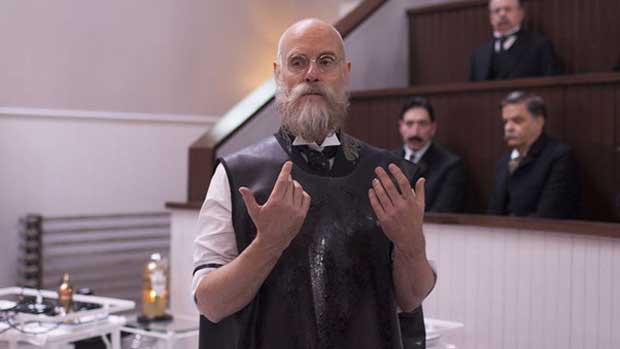 But in mentioning the insistence on practical light I need to also point out that it does have a big drawback in terms of video. The version I watched was on DVD so it is possible that some of the visual issues are a result of the lower resolution, however the low light in the scenes does seem to result in some blocky imagery with the cameras presumably having trouble making out items in the scene. I did also notice certain portions of scenes, even in well lit scenes having very blocky edges or portions that didn’t update around them until a larger movement of the scene necessitated an update of the picture.

It is hard not to notice also the prevalence of primary colours specifically red and blue, many scenes have had the colour balance pushed in one direction to emphasize a mood or to generally set a tone… I felt this could get a bit distracting as it was a little heavy handed at times.

Sound overall is very good… the music in the first episode did throw me off for a moment as it was very early 80’s synthesizer styled, to the extent it actually reminded me of Chariots of Fire and Vangelis.

To be honest, there’s only so much accuracy I want to hear in regards to surgical procedures so any more believable and I may have passed out in some scenes.

There aren’t a lot of special features on the discs, episodes tend to have a “post op” which is typically around 2 or so minutes of the main actors giving a brief explanation of their character arc for that episode. There are also a handful of commentary tracks and other than the giggling of the cast members (it sounds much like they had a bit of a party and just re-watched the episode) it provides an insight into the research that went into the writing of certain events in the show and is a sometimes sad window into the state of society at the time. When they explain that they actually pulled back on the depiction of a race riot scene because they felt it wouldn’t “play as real” in the show despite the fact it was based on an actual historical event it is quite intriguing.

Much like a doctor who has developed an unhealthy addiction to pharmaceuticals… I have found myself quite tied to these characters, story arcs have developed in ways that leave you wanting to know what happens next and with a final episode that put essentially all the characters on the edge of potentially life changing events… I will be twitching and scratching at the imaginary bugs under my skin waiting to see the Doctor(s). 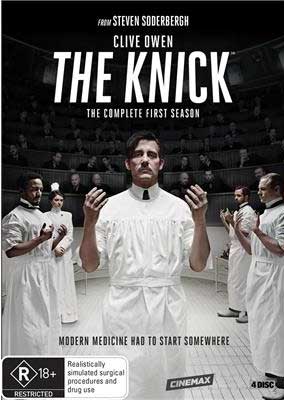