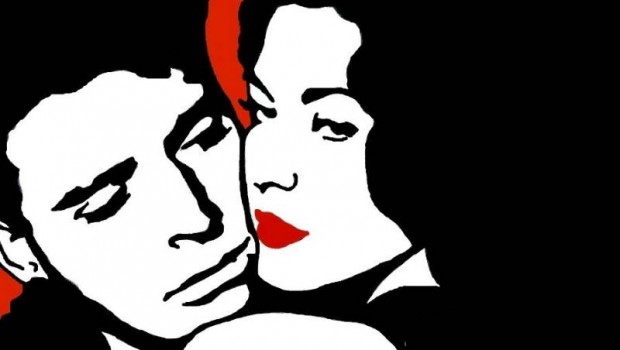 When a movie begins with the killing of its ostensible leading man (Burt Lancaster in his debut movie role as Ole Andreson), you know you aren’t on a sentimental journey that ends happily.  Film noir flourished during the decades either side of the second world war, populated by shady characters operating in a grey moral world under their own rules and motivations, all with an impending sense of doom colouring their every actions.  One character might clasp your hand in friendship one day, and stab you in the back the next.  The genre has a storied history in Hollywood, often inspired by writers such as Chandler, Hammett or Thompson, with movies like The Maltese Falcon or Casablanca exemplars of the tough, gritty and terse style of storytelling.  A movie like The Killers is cut from the same cloth, albeit of lesser quality. 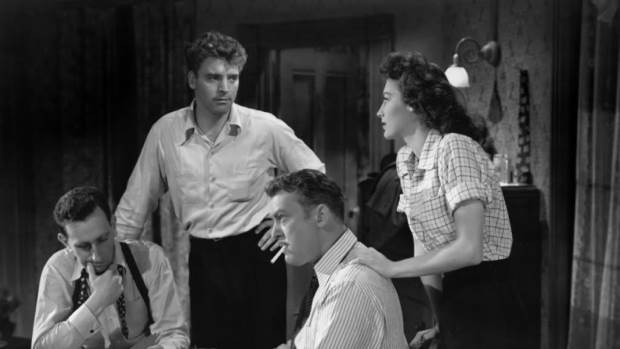 Released in 1946, The Killers is an entertaining movie told largely in flashback, as insurance investigator Jim Reardon (Edmond O’Brien) takes it upon himself to dig deeper into the murder of Andreson, six years after a major payroll heist.  What he uncovers is cross and doublecross, in the style of all the best noir movies.  Andreson is a former boxer, down on his luck, who falls in with a criminal crowd led by Jim Colfax (Albert Dekker).  Colfax’s girlfriend, Kitty Collins (Ava Gardner), turns Andreson’s head.  He disappears after the successful armed robbery, and his later murder is the catalyst to resolving the case.  Assisted by a police officer, Sam Lubinsky (Sam Levene), Riordan unpicks the betrayals that led to Adreson’s death. 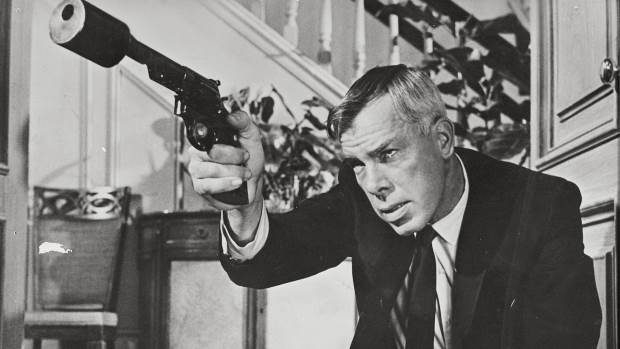 The pleasure in watching a movie of this vintage is the storytelling, the acting and the camera work.  It’s no surprise that the movie is inspired by a short story by Ernest Hemingway, as the clipped script matches his prose stylings.  Of course, The Killers has none of the pacing of a modern movie.  The storytelling is often langorous, and the staginess of some of the scenes is all too evident.  Some of the acting on the periphery is weak, but the performances of the leads helps propel the story forward.  Lancaster is very good in his first film role, moving from the portrayal of a broken man waiting for death, back to a lumbering, if kindly oaf too easily influenced by the beauty of Kitty Collins.  Of special note is Ava Gardner, whose role calls for softness and steal.  In any other drama of the period, she would’ve been portrayed as someone weak, in need of rescuing.  Here, she’s a motivating force with her own agenda, which only benefits the movie.  Riordan, who investigates the murder, comes across as a cut price Phillip Marlowe, carries off the role with a sort of good humoured cynicism.  There’s very little depth to his portrayal, but it is carried off with a great deal of fun.

The artistry in black and white films are too often overlooked.

Director Robert Siodmak, who became known in Hollywood for his effective noir productions, makes powerful use of light, darkness and shadow helps drive the story and create a claustrophobic world within which the actors operate.  The imagery aids in the storytelling, matching the bleakness of the script with its broken characters lost in a maze of their own moral bankruptcy.  Too often these days cinematographers allow the freedom of colour and CGI to interfere with telling a story.  In The Killers, the imagery complements the script and adds to the atmosphere. 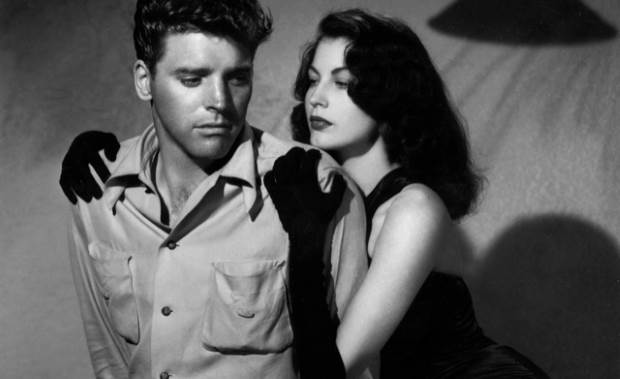 Overall, the movie is a wonderful time capsule of an era of filmmaking we will never see again. In Siodmak’s hands, the pacing never flags.

The cinematography is simply beautiful, with its evocative use of light and shade.  The depiction f a long lost era, with its cynical heroes, beuatiful, brittle women and a moral code that barely mentions the word code, is a pleasure to watch

Extras:  unless you count the presence of chapters as an extra, there are no extras to speak of 1/5

Visual: it appears some cleaning was done to the print, though there is evidence of scratches and a vertical tramline in one instance.  A hair in the gate is seen for a few seconds, which is amazingly nostalgic, but quite an oversight also!  3/5

Audio:  perfectly fine, if a little soft.  The absence of a musical soundtrack is glaring, but typical of the era. 3/5 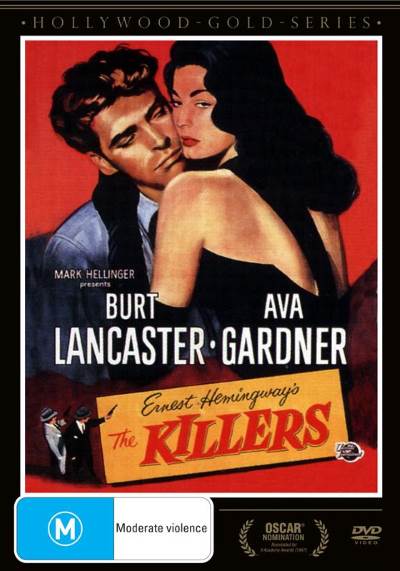