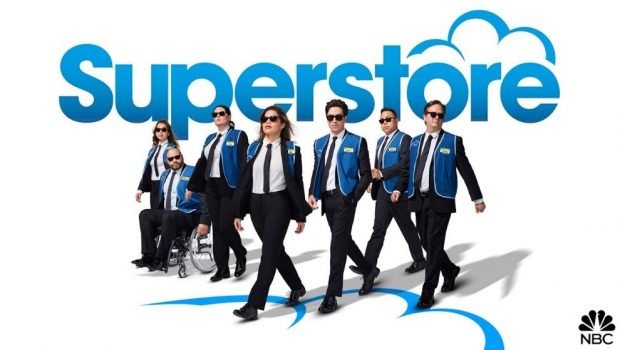 Summary: The Cloud 9 team are back and better than ever

The crazy crew are back for another round.  This season opens following the end of the previous one where a tornado ripped through the local Cloud 9 store, and they’ve been off work for two months without pay and still picking up the pieces of their lives following the devastation remaining from the storm, while getting the store ready for the grand re-opening. 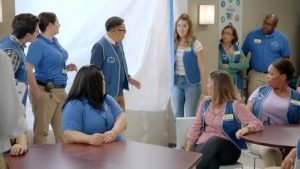 The season features a few relationship onsets, some relationship failures, a couple of pregnancies, a divorce and even a love triangle.  But with the team from Cloud 9, should we have expected any less?

The tension between Amy (America Ferrera) and Jonah (Ben Feldman) is still building, especially after The Kiss last season.  However, there are so many twists and turns in their relationship this season that it’s hard to keep up at times. 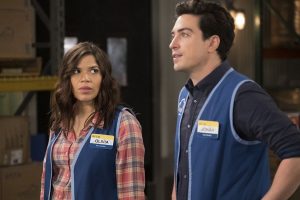 You do start to see more development in some of the side characters such as the boss who’s voice makes him sound like he’s STILL going through puberty and in one episode he actually hears himself and gets upset because no one has ever told him, or the wheelchair-bound assistant who has a tough bravado but really does want people to like him. 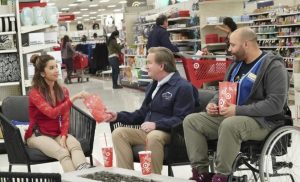 Considering there are so many sitcoms out there who follow a set formula with will-they-or-won’t-they romance scenes, this show is somehow refreshing in that you’re still surprised when it happens because there has been so much else that has happened in the lead up to that moment that you’re distracted from the original anticipation.

And with some random side stories thrown in such as breast milk cheese and a partner waking up from a coma, that it is starting to feel more and more like a TV soap opera. 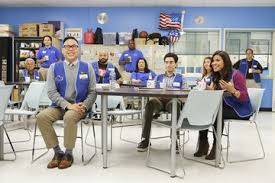 This season is no disappointment with some genuinely laugh out loud episodes and plenty of smiles and chuckles throughout the whole season.  Considering the first season was a little hit and miss and the second season only slightly better, the producers and cast really seem to have hit their stride this season and it’s feeling strong and cohesive at last.

Creator, Justin Spitzer, was heavily involved with the US version of The Office so you can see a lot of similarities between the characters and work environment.  The boss, Glenn Sturgis (Mark McKinney) is the bumbling idiot who is just trying to please everyone – doesn’t this sound like Michael Scott (Steve Carell) from The Office?  Or the awkward missed-chances office romance of Amy and Jonah which is reminiscent of Pam (Jenna Fischer) and Jim (John Krasinski)?  The Office had a formula that worked though so why not try it again here?  It has certainly held up strongly now that the crew have hit a groove. 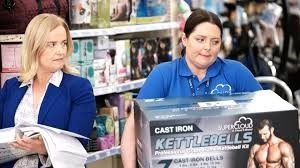