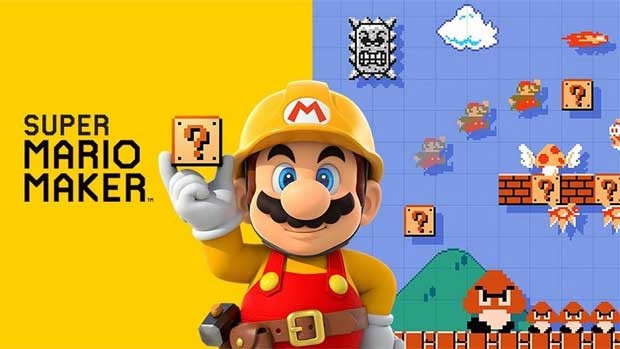 Summary: An innovative tool for designing your very own Mushroom Kingdom.

For many years people have dreamed of seeing the most bizarre, creative ideas they ever imagined in a Mario game. Some people wait for the next Mario game to surprise them while others have found ways to do it manually via game editing. But now, Nintendo has released the ultimate tool to satisfy the needs of Super Mario fans everywhere, because Super Mario Maker has hit the shelves and the world is waiting to see what you can do with it! 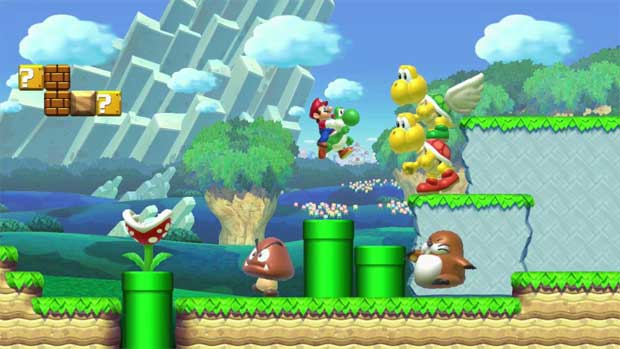 As implied, Super Mario Maker gives you the tools to design your own Mario levels. The Wii U Gamepad is your pen and paper, and with it you can design just about anything that comes to mind, with a small degree of limitation. The terrain, items and enemies provided to you fulfil all the Mario

standards, and with four classic game styles, each with six environmental themes, your range is very diverse. Be warned: If you add too much of anything, you’ll abruptly be disallowed to place any more. That includes ground tiles which will make long levels problematic but conservative designers should be able to make levels that are much longer than standard Mario levels. 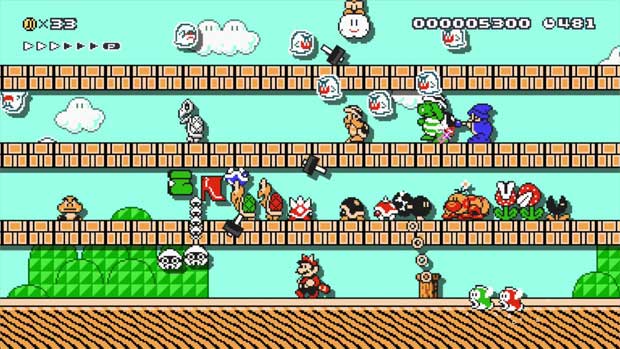 Ordinarily, games with custom level creation don’t have an ideal method to create content. Using a regular game controller is awkward and harsh limitations dull your ability to be inventive. Super Mario Maker bypasses these problems with proper integration of the Wii U Gamepad and looser restrictions on level design. You can place a Piranha Plant in your level, bulk it up with a Mushroom, give it wings, stack a Goomba on its head, and then cram it into a Bullet Bill Blaster to launch upon unsuspecting players. The customization options are extremely copious.

Keep in mind, though, that Super Mario Maker allows you to make levels- not full games. You are given 120 empty level slots to save to your system memory, but every level you make is a singular, standalone course. You may not be able to make your own tailored games with Super Mario Maker, but you can essentially play and endless supply of levels in play mode. 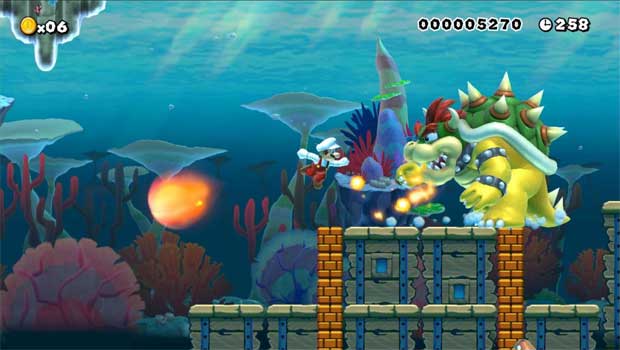 When playing online in Course World, it’s an endless Mario paradise. You can scour the internet for levels of a certain difficulty level, featured levels, recent levels, popular levels, and you can follow creators to stay in the loop for their latest works of art. The more popular a creator’s levels are, the more levels the creator is allowed to upload. 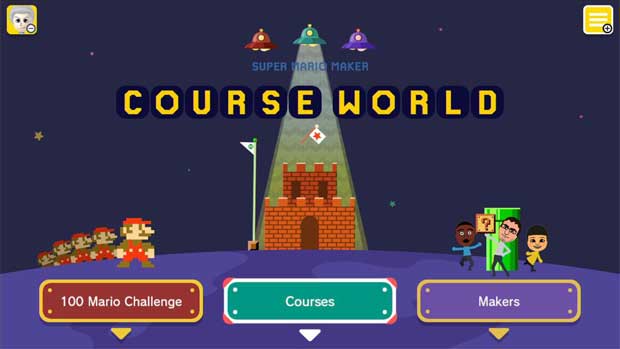 There’s also the 100-Mario challenge. Available in three difficulty levels, the 100-Mario challenge gives you one hundred lives and pits you against a bunch of user-made levels. Easy and Normal modes are available from the get-go, and are relatively relaxed. Expert mode, unlocked by completing Normal mode, is not for the faint-hearted. Expert mode is brutal, and comes with true bragging rights for completing it. (Though that’s basically all you’ll get for it!)

If you beat the 100-Mario challenge you are rewarded with a random character costume to use in the Super Mario Bros. theme when designing your levels. Also unlockable with amiibo, this feature essentially lets you make levels starring another video game character. Almost every amiibo is compatible with Super Mario Maker, so let your imagination run wild! 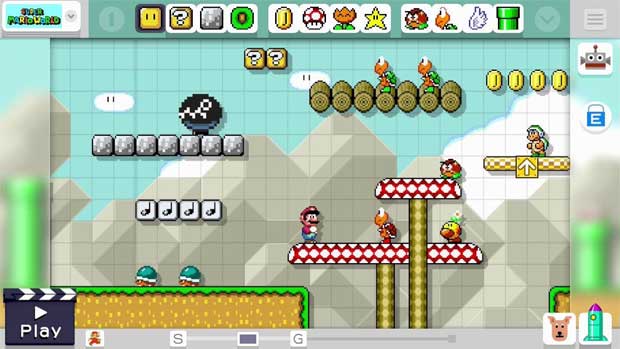 The sprite-based art of the original games is well preserved. For the objects and enemies that never existed in the original games, they’ve made new sprites that are very faithful to the originals. The graphics of the game are surely a treat for any retro gamer. The soundtrack doesn’t just re-use music from the older games, it’s also remixed during level creation and new music is composed in the styles of the original games to fit the new environmental themes. I found the title screen music to be the most charming.

What we have here is something special. A celebration of the Mario series in a way that lets us re-experience it all over again, and with an infinite amount of levels to play. The customization options are beyond what Nintendo has done with their own levels before, and allow us think outside the box and give these new levels our own personal flare. If you’re still not sold, there’s no convincing you. While you’re reading this, I’m probably playing Super Mario Maker. I’m hooked. You could be too. 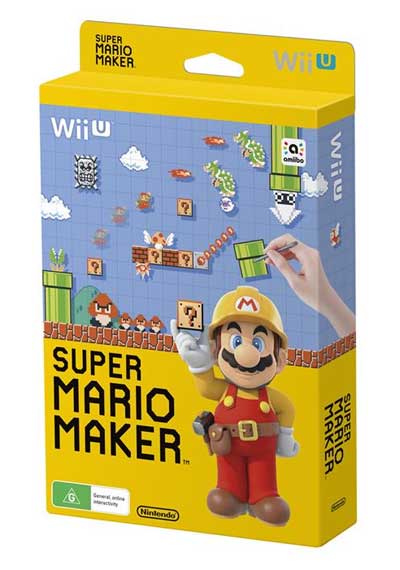