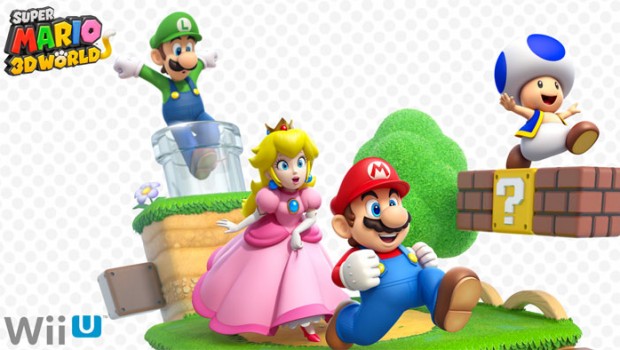 Summary: It’s fun, it’s fast and it’s the best multiplayer experience on the Wii U!

Mario is part of gaming and although he’s a firmly grounded Nintendo character, he has also made the journey through a variety of different consoles, including Nintendo’s competitors. However where Mario always shines is on a Nintendo console and Super Mario 3D World is probably one of his brightest moments to date. 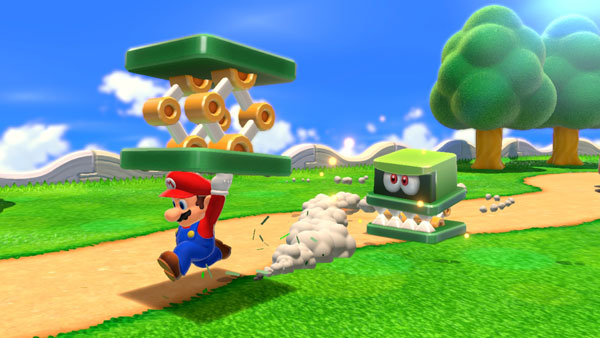 Super Mario 3D World shines so brightly because of the multiplayer component. Although multiplayer has always been fun in Mario games, they seem to have perfected it on the Nintendo Wii U. It just feels flawless and whether you’re a casual or hardcore gamer, you can easily pick up the control(s), start playing and have one of the best times ever. It’s also one of the best modern platformers that I have played in quite some time. I love exploring the colourful 3D world as well, especially the new transparent pipes.

The story takes a slight twist as well. Our favourite Nintendo villain Bowser is up to his old tricks again but get this… he hasn’t kidnapped Princess Peach but rather he’s stealing fairies for his own nefarious purposes and it’s up to Mario, Luigi, Peach and Toad to come in and save the day again. Add in enemies, puzzles and a healthy dose of competition and that’s what this game is all about. 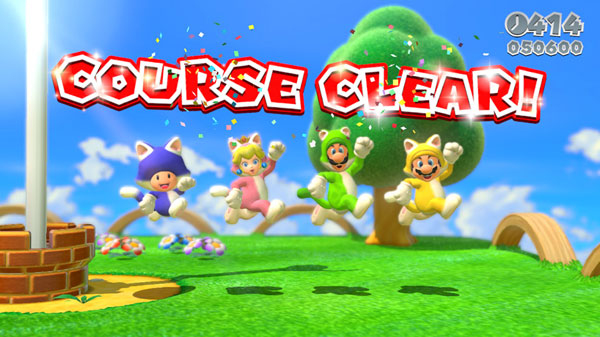 Super Mario 3D World supports up to 4-players and even if you can’t get all your friends and family to join in, the single player game is still really fun. It’s just a shame that there is no online multiplayer component.

In this colourful gaming environment, you have some great gaming opportunities with each of the characters having their own special abilities. Another great aspect is that you can pick a new character before the next level starts which keeps things fresh. Also in multiplayer, there is a “crown” that one player can wear and although it doesn’t do anything, it’s fun to be the crown holder as the other players try to take it from you. 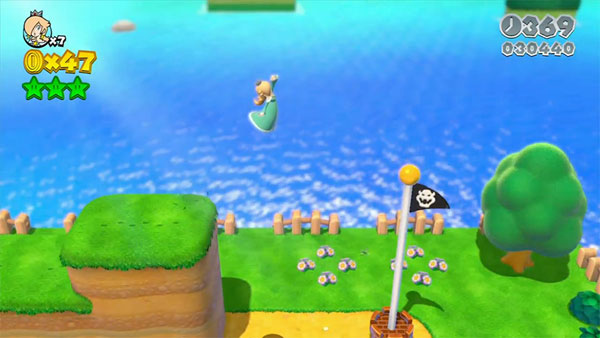 The various “suits” make a return to the game such as the Tanooki and my favourite, the cat suit which turns you into a cat as you climb walls and perform other outrageous manoeuvers.  Add in Boomerang Flowers, Mega Mushrooms and the Cannon Box and there’s plenty of items to help you along the way to stop Bowser.

Although you really can’t go pass the Double Cherry power-up which basically clones your character and you can even make an army. Very cool.

Enemies are quite diverse and Nintendo balance the difficulty just right, without controller rage becoming an issue. Bosses are a little difficult at times, however the game is easier with other people and it makes combat more strategic. The game even harkens back to Mario 64 with a couple of cool surprises for older gamers that I don’t want to spoil here.

You really need to see it to believe it and then experience it. 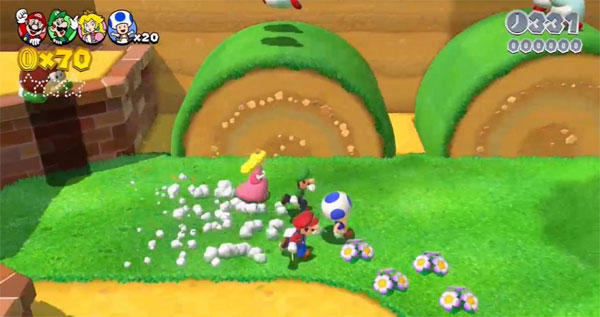 The game supports a variety of controls from the GamePad which works flawlessly and it supports Remote Play or more traditional methods such as the Wiimote and Wii U Pro Controller. Each control method works fine and the developers have mapped the controls perfectly on their prospective controllers. So whether your jumping on enemies, performing backflips or floating down like a Princess (ala Peach), it just feels right.

Apart from collecting stars in the game, the developers have added stamps which can be used when creating Miiverse messages. Although it doesn’t do much, it’s a fun feature and is great for bragging rights. Another bonus is that Nintendo have included a revamped HD version of the original 1983 Arcade Mario Bros game which is actually Luigi Bros and is a great bonus!

You do need to unlock this but it’s definitely worth it!

Graphically, Super Mario 3D World is a lush looking game on the Nintendo Wii U with colourful, bright and sharp visuals. This is how a Super Mario game should look and Nintendo have gone above and beyond in creating this interactive and almost cartoon-like world. There’s also some great nods to previous Mario Games with a modern twist.

I also love the attention to detail as well and sometimes it is the small things that really make the graphics jump out at you. Audio is equally as joyous, especially the music and sound effects which is oozing with Nintendo goodness. 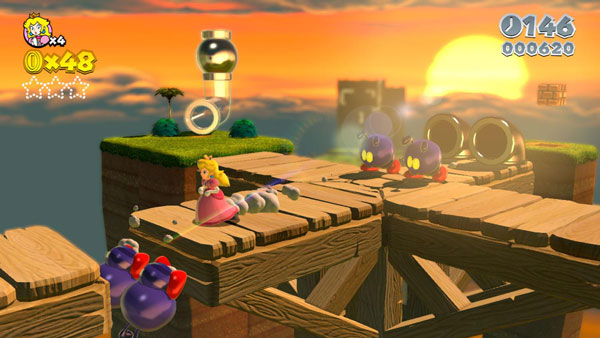 Super Mario 3D World is one of the best Super Mario games (even better than Galaxy 2) to date and not only modernises the franchise but pays homage to what came before. It’s fun, it’s fast and it’s the best multiplayer experience on the Wii U. I thoroughly enjoyed this game from start to finish and I will be returning again. 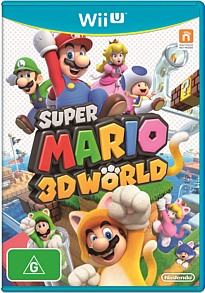 • Each character has unique abilities and play styles. For example, Princess Peach glides over gaps, while Luigi has his trademark extra-high jump

• The new cat transformation allows players to run on all fours, pounce on enemies, attack in midair or use their claws to scamper up walls and goal poles.

• Use the Wii U GamePad controller’s touch screen to search for hidden blocks and to freeze enemies in place.