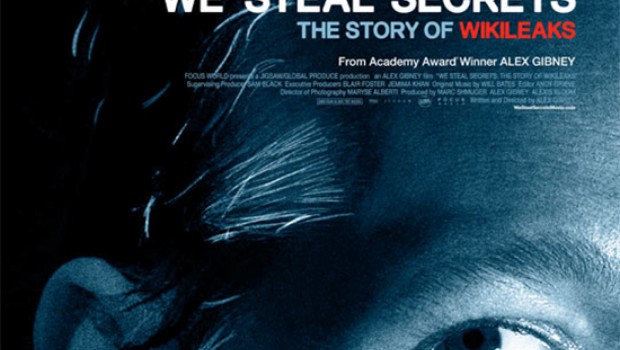 Regarded as a leading documentary filmmaker, Gibney’s previous work includes breakout documentaries Enron: The Smartest Guy in the Room and Taxi to the Dark Side. We Steal Secrets: The Story of WikiLeaks is Gibney’s latest exploration and gives viewers a gripping narrative of Julian Assange’s beginning with his first attempts at hacking in the 1980s through to present day.

Today, Assange is hailed by some as a free-speech hero and by others as a traitor and terrorist. In this documentary, Assange’s rise and fall are paralleled with that of Bradley Manning, the brilliant yet troubled young U.S. solider who downloaded hundreds of thousands of documents from classified U.S. military and diplomatic servers, revealing the behind-the-scenes workings of the government’s international diplomacy and military strategy.

In seeking to expose abuse in the corridors of power, Assange and Manning were undermined by forces within and without, as well as by their own human failings. We Steal Secrets: The Story of WikiLeaks is a riveting, absorbing, multi-layered tale about transparency in the information age and the ever-elusive search for the truth.

We Steal Secrets: The Story of WikiLeaks: