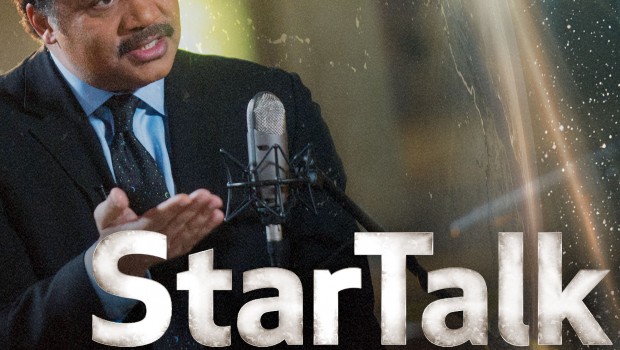 Neil deGrasse Tyson has become the go to “cool” science guy in recent years. An astrophysicist with a background in college football and wrestling he bridges the gap between science and cool with ease. One of the first major science figures to first popularize the field was Carl Sagan and Neil deGrasse Tyson certainly follows in that tradition but with arguably more “pop” than “science.

Star Talk is, in Neil’s own words, where pop culture and science meet and is infused with humour and passion. The format is Neil sitting with typically two guests (a comedian and an academic) in the Hayden Planetarium in NYC (where Neil is director) and cut aways to interviews of the “guest of the week”. Before the end of each show is a throw to a short segment on the weeks topic by Bill Nye The Science Guy. Due to the wide ranges of guests on the show the appeal of each episode can vary somewhat… I was disappointed in the first episode which featured George Takei… not because of George but because the back and forth between Neil and guests seemed a bit wishy washy. I was however pleasantly surprised by I think all the subsequent episodes (even the one featuring Richard Dawkins as there is a difference of opinions regarding religion in our household). 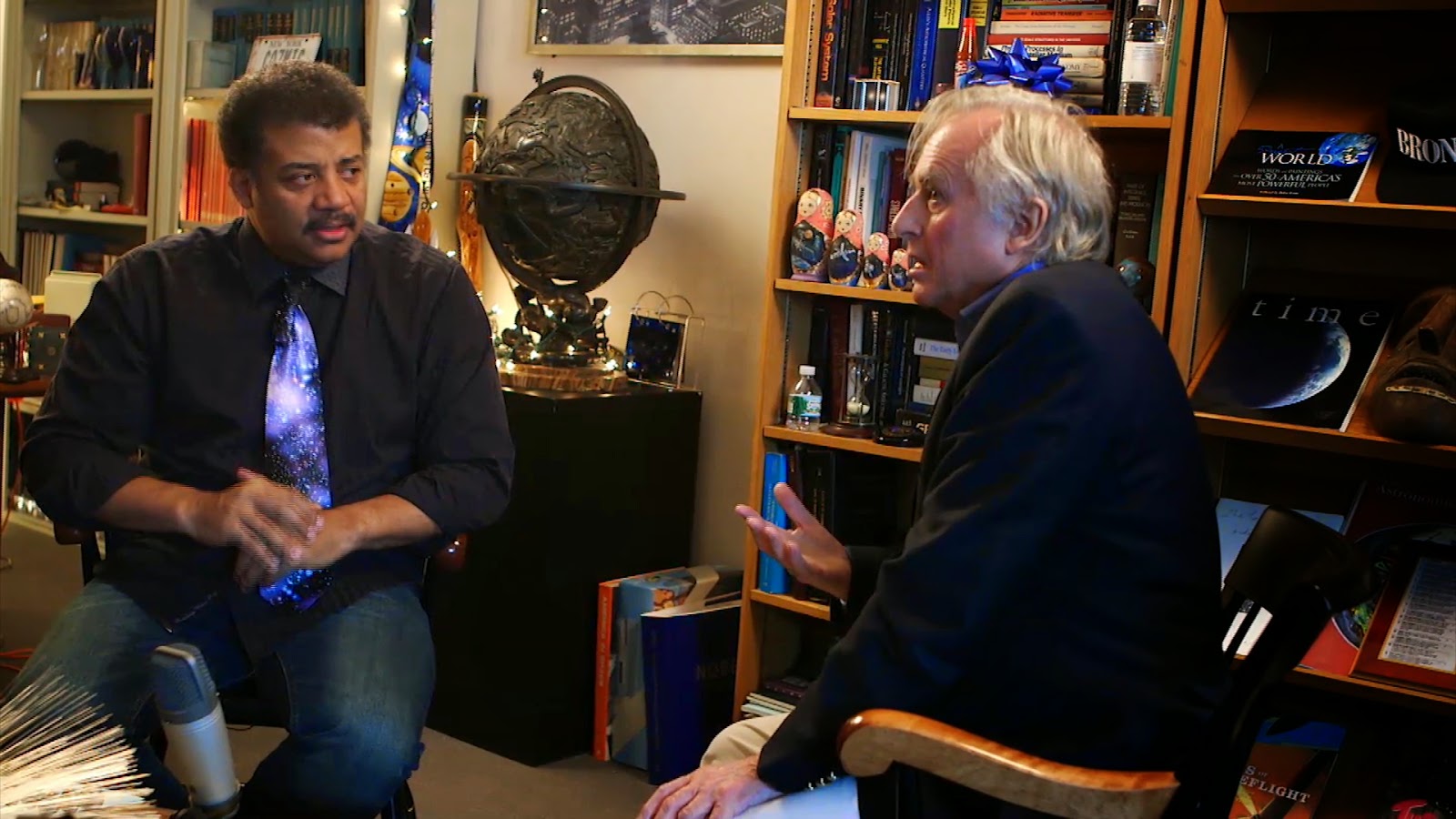 The show, for me at least, shines most when the guests are allowed to speak (which also didn’t happen so much in the first episode in which Neil tended to cut off his guests a bit too much). It gives us a chance to learn from people directly related to the topic to explain what is involved with things such as the return to earth after long periods in space (Chris Hadfield’s episode), or how an internet phenomenon such as Twitter began and how one of its creators (Biz Stone) isn’t interested in grabbing publicity at any cost.

I should clarify… I understand the show is about melding science with pop culture in an attempt to make the former more appealing to the masses and I also think it is likely it does just that. But I do enjoy hearing more of the science when a topic warrants it. Having said that… the comics Neil has on his show are a great choice and really do help to bring some chuckles to the discussion and keep things a bit light, so there’s really no danger of topics getting too boring for even the least scientifically minded among the viewers. 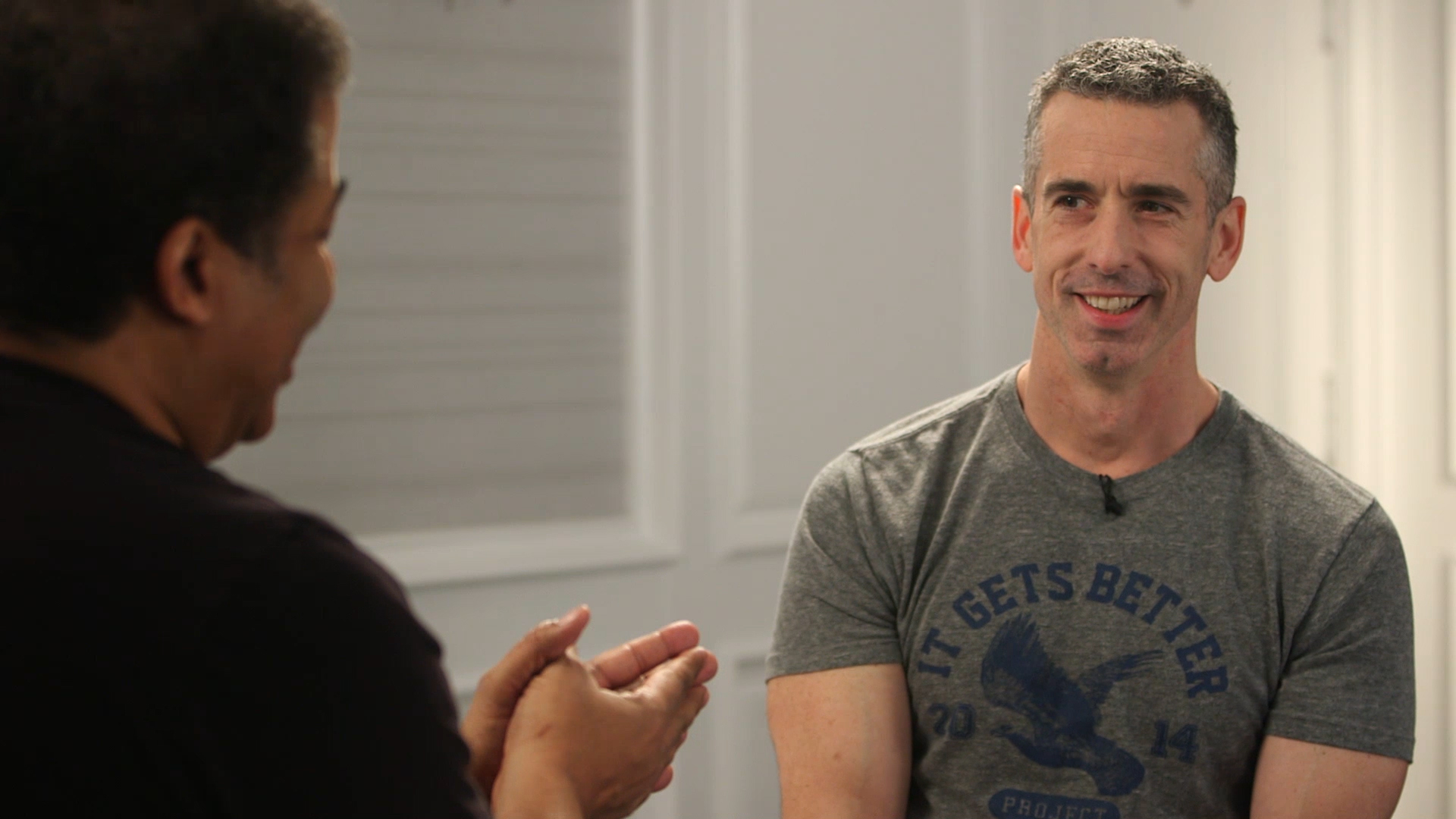 Visually the show is quite pleasant. Whether it’s today’s televisions or more likely the recording equipment used, the images are vibrant and full of the wonderful colours present in the planetarium… however when we cut to the interviews in Neil’s office we do see the limitations a confined space introduces to lighting and therefore image quality (often looking washed out). The camera angles are also a bit curious in the interview sessions but are mostly forgivable due to the captivating nature of those talking and the topics being discussed.

I was brought up watching the old Carl Sagan series Cosmos (and any and all other documentaries on space and the world around us) so I am somewhat used to having my science content presented in an accessible manner. I think Neil deGrasse Tyson takes a little bit of the harder science out, or perhaps I should say he focuses more on the “pop” side of things, but I think the end goal is a noble one and given the vast number of memes and the fact that his name is widely recognizable I would say he is having a positive impact on science. The thing we need in education is people who are passionate about their field and Neil is one of those people. As I found out through this series (and had only known peripherally before hand) Bill Nye is also one of those people… in fact I would be quite keen to see a series from Bill Nye (I’m aware he has had series… I simply mean I personally would like to get a copy of them). 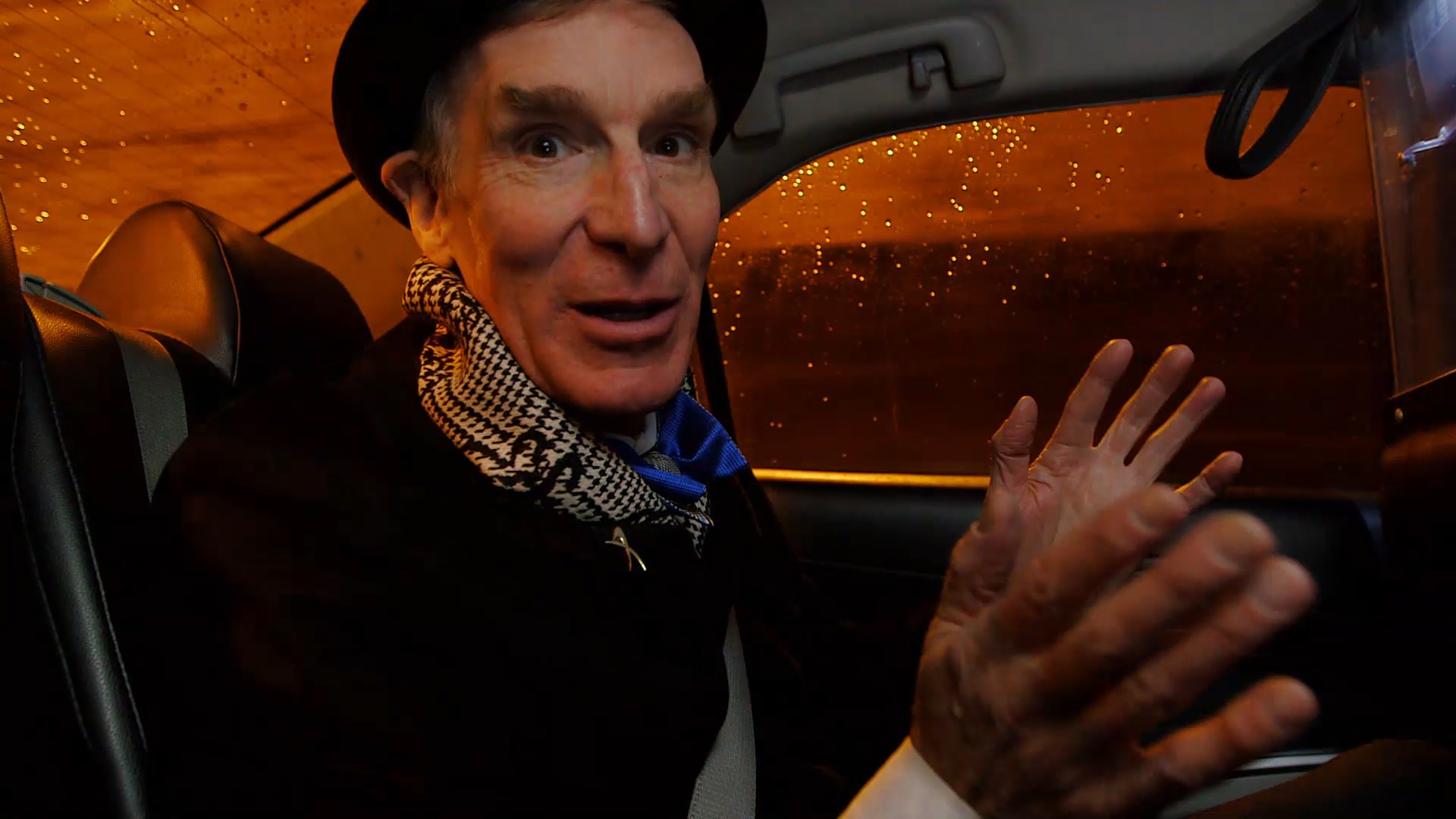 To fuse science with entertainment can be a tall task and arguably Neil deGrasse Tyson has done that. I hope his enthusiasm truly is infectious and we see many children reach for the skies and dream beyond our current understanding to push our bounds of human endeavour and usher us into the future.