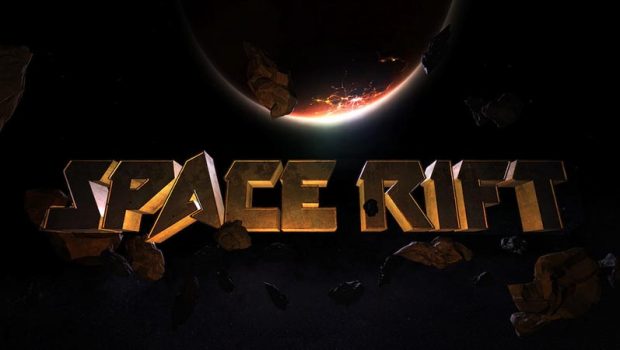 Summary: Space Rift – Episode 1 is a clever sci-fi tale and experience, but one bogged down by its presentation, quirks, and length.

Playing early titles on the PSVR is a mixed bag. On one hand, the new technology and interface is captivating, everything literally an experience. That is, unless you’re the rare PC owner with an Oculus/Vive VR setup, the title ported. Even in these instances, experiences will certainly differ based on controller interface, also hardware nuances.

On the flipside, early PSVR launch titles also carry with them needed recognition of being experimental. Even when ported, developers have little time to perfect them, results ranging from downright unplayable to slightly buggy tracking. Other PSVR Impulse Gamers reviewers unsurprisingly echoed these sentiments.

Still, I have to hand it to bitComposer Interactive: their cinema RPG, Space Rift – Episode 1 (‘Space Rift’), is deliberately designed for VR, and it shows. Specifically, the cockpit interface is absolutely ingenious. Loaded with an array of semi-interactive screens and dials, each element intelligently interacts with a user based on what direction s/he is looking at via helmet. 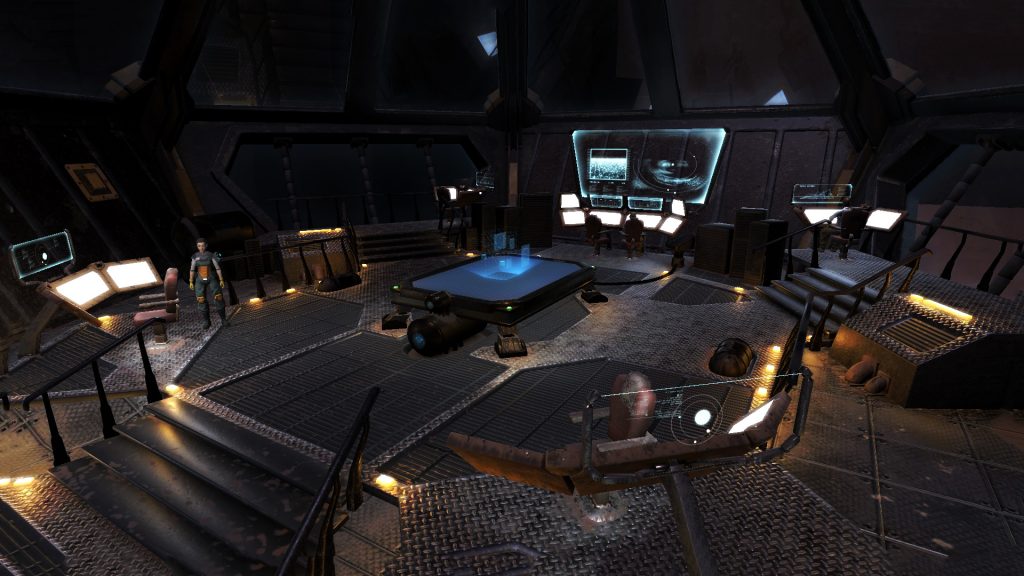 I was skeptical this would work, but it does so to near-perfection. An initial screen (below, far left) advises on mission parameters. The radar (at center) locates areas of interest within said mission. A light switch (above left) activates ship surface beams, another switch (above right) a scan for select materials (more on this below). Once an item of value emerges, another monitor (below, near right) is used to launch a probe for a closer look. An interactive screen/mini-game allows precise detonation and mining for materials of choice. Frozen areas? Need a drill? Other monitors weave/build into these earlier actions for a seamless process. Gathered materials enable ship upgrades needed to complete more complex missions.

In describing the above, that is Space Rift in a nutshell. It’s a mining/exploration game, where the protagonist (Casey Blake) is forcibly recruited to support rebels with seemingly noble but simultaneously nefarious and explosive needs. Blake – labeled a traitor by a ruling megacorporation and former employer – becomes a pragmatist mercenary simply trying to survive…also make some money (by gathering minerals) along the way.

I’ll chalk it up to the interface: Space Rift definitely captures intent well. (It reminds of the starkness of space conveyed so well in the ‘Firefly’ television series.) Blake wanders from rock to rock, skilfully mining in quiet-but-always-dangerous environs where trouble lurks just around every corner. He’s not sure why he’s there, questions everything he’s doing. And that’s the beauty of Space Rift. 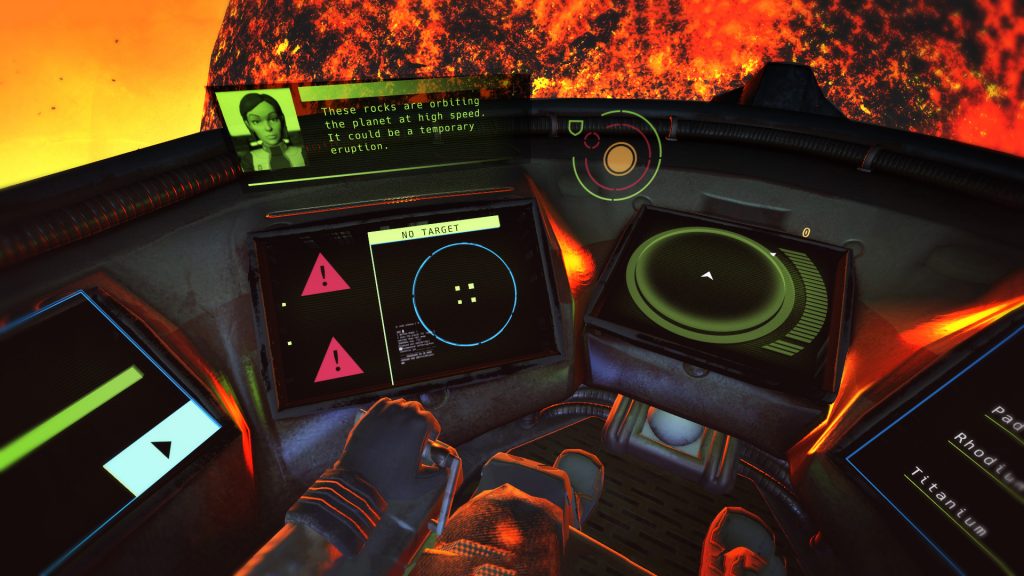 Ambiance, however, can only go so far, let alone from an independent studio anything but bursting with money. Meaning, while said intent is there, Space Rift – Episode 1 suffers a bit in execution.

To explain, the ship interface – while certainly well thought out – has it quirks. The radar does a poor job in identifying location, heights and target objects. This lead to aimless wandering in random directions in hopes of finding what the game is urging you toward. This is very evident in drone dogfights, a lesson in patience versus skill to find and destroy bad guys.

Second, aforementioned mining interface is a bit broken. Notably, any subtle movement away from it will remove the ability to drill…which wastes an invaluable drone each time. Keeping this gaze isn’t always an option, as it means ignoring ship speed and direction…and ultimately crashing into the very surfaces one is trying to mine. It’s like texting and driving…in space.

The biggest gameplay quibble lies in headquarters movement: Space Rift requires a sequenced interaction with characters and environs to advance. Deviating from it – even though the game allows and seemingly encourages this – leaves Blake stranded in a room. To explain and akin to the cockpit, looking at areas highlights interactive possibilities. Going to particular room areas, however, will result in awkward and near-impossible head turns to return from whence Blake came. Deviate from desired path, and Blake is left with a series of backtrack head turn Twister, and ‘guess the required sequence’ through already completed conversations.

Similar complaints lie in exploration. A training aid is sorely needed to focus Blake on particular segments of a target object. I spent close to half an hour stupidly scanning almost every inch of a moon to locate a trio of mineral deposits. There was no rhyme or reason why these minerals showed up on scanners. They just did. And lord knows I was thrilled to escape that scanning boredom.

Last, some objects can be interacted with…others not at all…but they all appear in space nonetheless. All the afterburners in the galaxy fail to educate which locations can actually be reached. Several minutes of wasted forays toward a cool looking moon, it finally becomes evident you’re literally standing still. 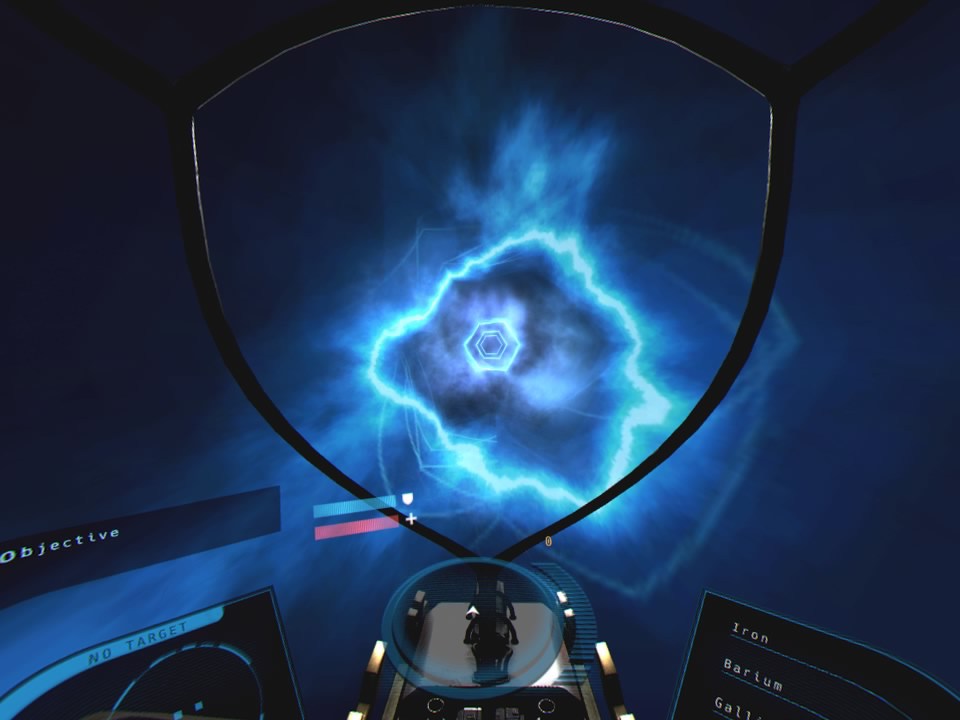 I won’t mince words: they’re not very good. Meaning, if you’re expecting Eve Valkyrie, be prepared to be sorely disappointed. While the Unity engine inherent in the game doesn’t offend, Space Rift has a very PS3 feel to it.

Interestingly enough, however, fancy graphics tend to be poor bedfellows in the early days of PSVR. Specifically, (to this reviewer) are more conducive to motion sickness. I chalk this up to picturesque, semi-static environments that fail to flow in sync with 360 degree character movements, creating a staccato sense of motion and depth. And with it, a great deal of nausea from the rubber band/bungee cord of doom. While lesser engines (Drive Club VR, for instance) suffer from this as well, it seems more prevalent in higher resolution games. There’s not enough ginger in the universe after playing RIGS.

Like it or not, motion sickness is a concern at present for VR. Thankfully, Space Rift ­– simplistic graphics and body models, and all – does not cause it. Even after a solid hour plus of fast and furious ship movement and mining.

Unless you’re German, not much to like here…as it has a German, native language soundtrack. The English version is stale and filled with very dry voiceovers. Music is uninspired enough to be unnoticeable.

Space Rift – Episode 1 clocks in at just under 3 hours and twenty dollars. It’s a fairly novel title, but there’s a lot more out there at the same price point. Still, I would recommend the game to sci-fi fans and/or those prone to PSVR motion sickness (ahem) who want to experience a cockpit style game sans RIGS, Eve Valkyrie, or Battletanks nausea. While it’s not a great game, Space Rift is at least trying something different in how it uses VR within a cockpit, also in portraying the vastness of space. Few developers have the courage to do so.

Space-Rift – Episode 1 is a budget PSVR title at a not-so-budget price ($20 for a 3-hour experience). Despite a limited presentation, it introduces a clever way of using the PSVR helmet within a cockpit, one housed within an interesting sci-fi tale. Still, be prepared for an array of interaction quirks, likewise stale voiceovers. If there are subsequent Space Rift episodes, hopefully they’ll iron out Episode 1 issues.

Paul Stuart’s ten years plus of game reviews can be found in Collider, Extreme Gamer, That Aussie Game Site, and Game Critics. An unabashed solo gamer by preference, he has an unhealthy obsession with all things Street Fighter, God of War, and Assassin’s Creed. In his spare time, he’s a dedicated Muay Thai practitioner, vintage sports card collector and friend to animals with facial hair.