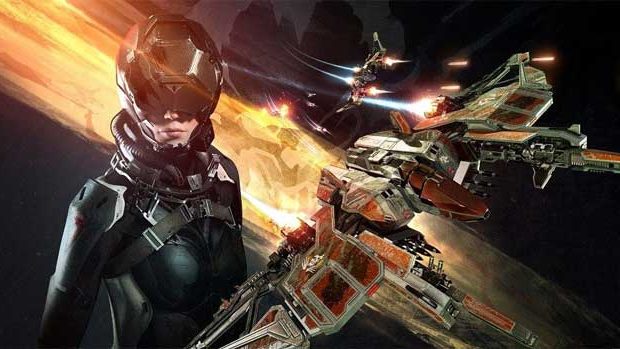 Summary: Eve Valkyrie is a good use of the PlayStation VR capabilities but damn those microtransactions!

Eve Valkyrie is an exclusive VR game that was originally released on the Oculus Rift, including the Samsung Gear VR which is set in the distant future and transformers the player into an ace pilot for a group of space pirates. It’s like Star Wars meets Wing Command but in the glorious world of virtual reality and there’s plenty of action and thoroughly amusing space dog fights to be found. However the twist in Eve Valkyrie is that if you die, your soul and memories get uploaded into a new clone body which basically allows you to keep on fighting the good fight. 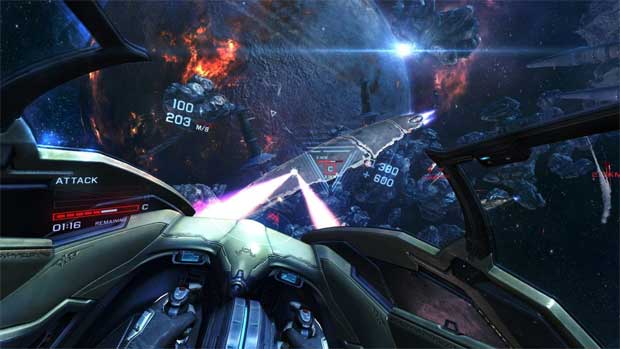 So with the VR level, Eve Valkyrie is a very immersive game as it’s like you’re right inside the cockpit of your fighter which allows you to look around the gaming world. It’s such a good feeling being transported into another world that really tricks your senses and provides the best escapism. So while flying in this virtual universe, this added dimension really adds to the gameplay and thankfully the controls work quite well, especially when you target enemy crafts. The combination of tracking via the PlayStation VR headset is flawless as are the controls on the DualShock 4 controller. It just works!

To give further incentive to the player, the developers allow you to unlock additional fighters and weapons which add to the replay value and the challenge factor. Given that, there’s a wealth of crafts available which can be purchased through the in-game currency or if you’re really keen, real-world money. However with the cost of the game (almost $80AUD), I’m not a fan of using more money for a game you’ve bought and sure, you can slowly plug away without spending a dime but it’s going to take a long time of grinding. Therefore, microtransactions = BAD! 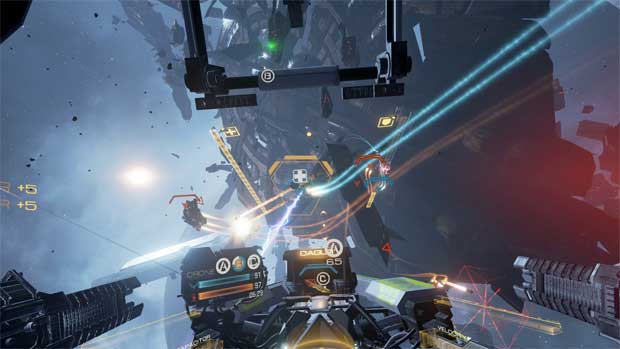 In terms of gameplay modes, Valkyrie is really a multiplayer game, however there are single-player missions that does serve as a tutorial and teach you the ropes. However where the game does shine is through its multiplayer component that allows you to challenge other players and is much more challenging way to play the game. Furthermore, there’s plenty of loadouts and weapons, both primary and secondary to help you dogfight and become the best damn space pirate in the galaxy.

Some of the multiple modes are fun like Carrier Assault really channels its inner Star Wars vibe and is quite reminiscent of the Death Star scene from the aforementioned movie. Carrier Assault also requires both teams to attack each other’s starships so it’s a careful mix of attack and defend. There’s also team deathmatch modes which feature some wicked dogfights in space. All in all, Eve Valkyrie is a fun space shooter that successfully combines the next level of VR gaming. 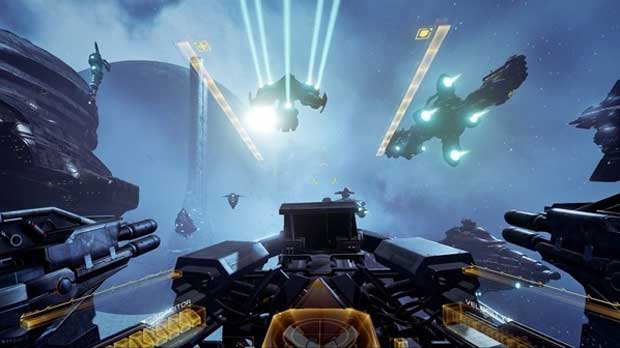 Graphically, the game successfully recreates that ‘space’ environment, although it is a little lacklustre compared to some of the PC based games of the same genre. The ships are well designed as are the cockpits plus special effects like the explosions and all the planets, asteroids and things you may see in space. However compared to non-PlayStation VR games, the title is lacking a little finesse in terms of next-gen graphics but nonetheless, it’s still a good looking title. Audio boasts all the classic sound effects of space combat and in the end, it really helps with the immersion factor. 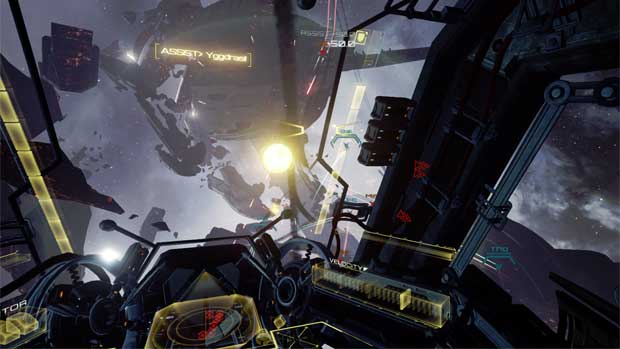 Eve Valkyrie is an enjoyable VR space combat game that really puts you into the seat of a star fighter as you take on a variety of enemies all from the safety of your lounge room. The immersion factor of VR works well, particularly how you use your head to track enemy ships that makes you feel like you are part of the next big Star Wars movie. The only downside to the title is the microtransactions which are a real big sin. Sure you can grind your way to victory but it’s going to be a hard slog. 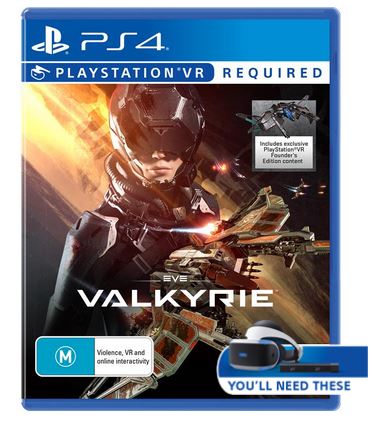