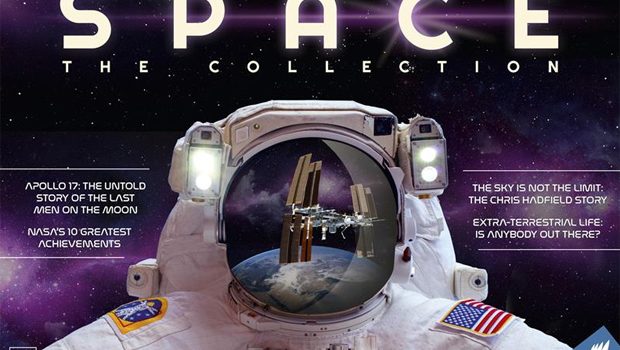 This mega collection from Madman collects four space-themed documentaries together that were originally aired on SBS that include NASA’s 10 Greatest Achievements, The Sky is not the Limit: The Chris Hadfield Story, Apollo 17: The Untold Story of the Last Men on the Moon and finally Extra-Terrestial Life: Is Anybody Out There?. Of course the common theme in this collection is space but each of the documentaries are quite different which makes the content quite diverse and a great snapshot into space exploration and beyond.

When you think of space exploration and more importantly achievements, you think of NASA and even Hollywood has a fascination for the National Aeronautics and Space Administration and this documentary highlights the best of the best. With expert interviews, archival footage and stunning imagery, including re-enactments, NASA’s 10 Greatest Achievements takes us on a historical journey of this agency that include monumental moments such as the first moon landing and the Mars Rover which saw NASA launch an interactive vehicle to Mars which is 56.4 million kilometres away.

Needless to say, some of the earlier achievements are more impressive, considering the technology they had at the time and that the computers in the 60’s were as powerful as a common pocket calculator. All in all, NASA’s Greatest Achievements is an insightful journey of how mankind launched itself into space.

THE SKY IS NOT THE LIMIT: THE CHRIS HADFIELD STORY

For those that don’t know, astronaut Chris Hadfield was a farm boy raised in Milton Canada whose passion for flying saw him become the first Canadian to walk in space. Out of over 5000 applicants for a position in the Canadian Space Agency, Chris became a veteran astronaut and also the commander of the International Space Station.

However what made Chris famous and an internet sensation was his own rendition of the late David Bowie’s Space Odyssey which once again captured the world’s interest in space exploration. This documentary also explores the skills needed to become an astronaut and the behind the scenes training that is accompanied by some amazing footage and imagery.

APOLLO 17: THE UNTOLD STORY OF THE LAST MEN ON THE MOON

This documentary recounts the last men to walk on the moon and ironically the space race only lasted just over 10 years that due to massive funding cuts and a disinterest by the public saw the manned moon missions cut back considerably. Using archive footage and interviews with the men and women involved, Apollo 17: The Untold Story of the Last Men on the Moon is a very interesting insight into the final missions that is well produced and highlights the amazing capabilities of mankind as they done the impossible before the doors finally closed for NASA’s Apollo programme.

EXTRA-TERRESTRIAL LIFE: IS ANYBODY OUT THERE?

The first three documentaries on this release focuses on tangible evidence such as landing a man on the moon or creating powerful space telescopes to explore our galaxy but this one does border on science fiction. Sure, it’s still professionally created with expert interviews and considering how NASA have discovered planets that are similar to Earth, this documentary explores whether life exists in this big universe of ours. Even with the evidence or statistics provided, it is still quite ambiguous and as a result is my least favourite documentary on this collection but nonetheless a great snapshot of the possibility of life elsewhere.

All in all, the Space Collection features four interesting documentaries about man’s fascination of what’s beyond our planet that is carefully put together which features a ton of information but more importantly, some amazing visuals to accompany the facts. Recommended! 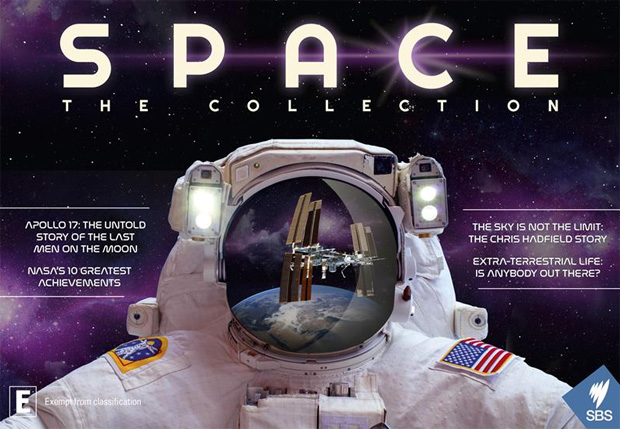