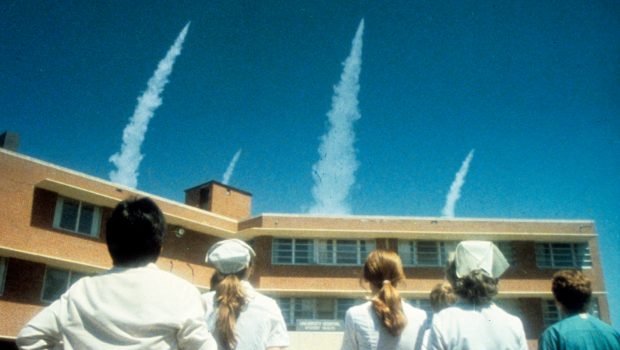 Summary: Well worth watching if you remember this from back in the day. The original film is still around so maybe watch it first and then come back to watch it if you haven't seen it.

When the TV movie the Day After about nuclear war was screened on the ABC Network in the USA in 1983 100 million people turned it had a big impact of influencing the policy on disarmament. Jeff Daniels interviews the film’s director Nicholas Meyer, screenwriter Edward Hume, TV execs and the residents of Lawrence.

I had heard about this movie before but had not seen it myself until 1991 as I was very young when it first aired and my parents did not really want us kids watching it. I do remember it screening occasionally on TV during the 1980s.

There was a lot of debate around nuclear weapons at the time and the early 1980s was one of the tensest periods of the entire Cold War. It was the same year that the false alarm incident in the USSR almost caused a nuclear war with Stanislav Petrov repeatedly ignoring warnings from a system he knew was faulty (he drank a bottle of vodka and went to bed for 24hrs).

The USA claimed it never had a nuclear first strike policy but contemporary reports I have found from the era seem to go against this. Ronald Regan was all about a “winnable” nuclear war after decades of the Mutually Assured Destruction mantra that kept them from using nuclear weapons but did not stop all the proxy wars funded by the USA and USSR around the world. 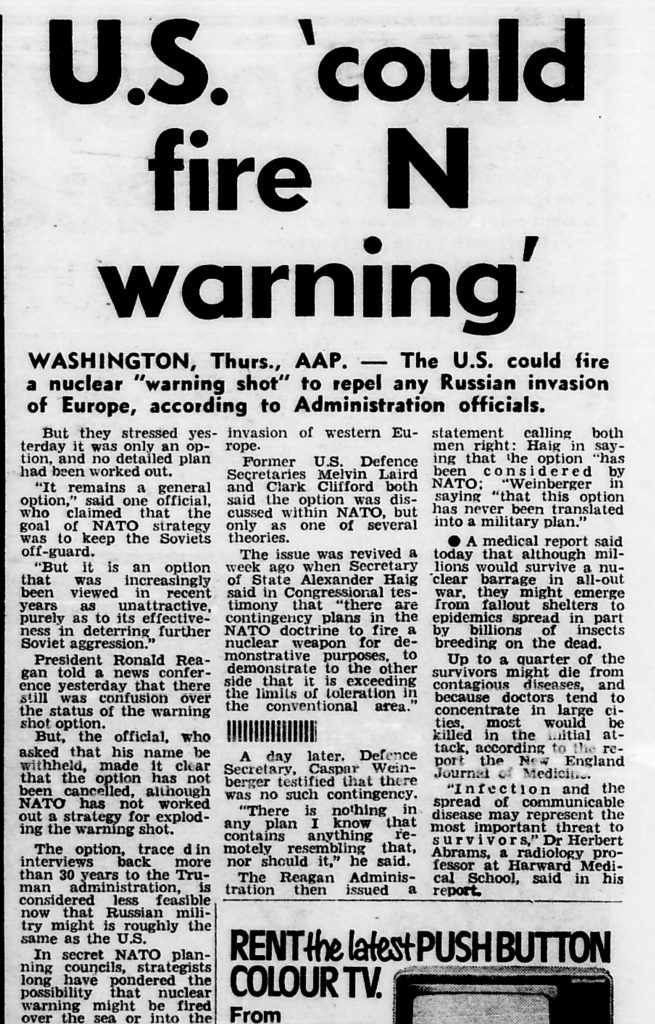 I can remember there being a lot of movies around this topic such as War Games (1983) and Threads (1984) but I did not see that one until much later. The anti-nuclear protest movement was very big in the 1980s and reminds me of the Extinction Rebellion protests from these days as they are reported on in the exact same way. 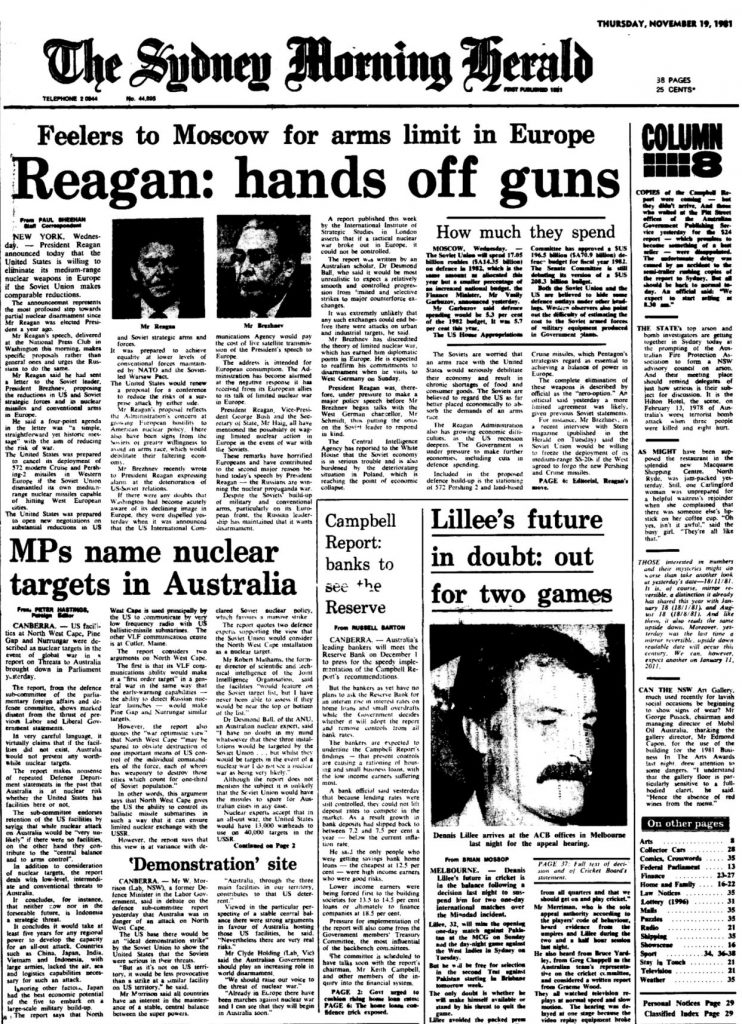 I had already read some bits and pieces about this movie including the director being difficult to work with and being fired so they could recut the movie. They do go into it more here with the director explaining his reasoning and the producer saying his side of things. Something I did not expect is to have some of the residents of Lawrence talking about their experiences working on the film.

I still can’t watch the nuclear attack scenes and Ellen Anthony recounts she cannot either as the people they show dying on screen are people she actually knew at the time from her own community.

There was a lot of support from Lawrence where they filmed the movie with over 2000 extras who featured in the movie and afterwards there was a spontaneous candlelit vigil by people from the community as they did not know what else to do.

As I knew already there was a lot network interference in making the film and even the Whitehouse got involved at one stage wanting cuts. The director told them to fuck off.

I had not heard about the special afterwards before but it did have a line up of interesting characters with their own unique viewpoint. It is a bit much the director taking credit for nuclear disarmament treaties as those things take years to bring into effect and were already being planned.

What finally stopped the Cold War was Mikhail Gorbachev’s reforms and the collapse of the Soviet Union since there was no more threat from them.

I would recommend this movie to anyone who has seen the Day After and wants to know more about how it was made and the impact it had on society and culture.