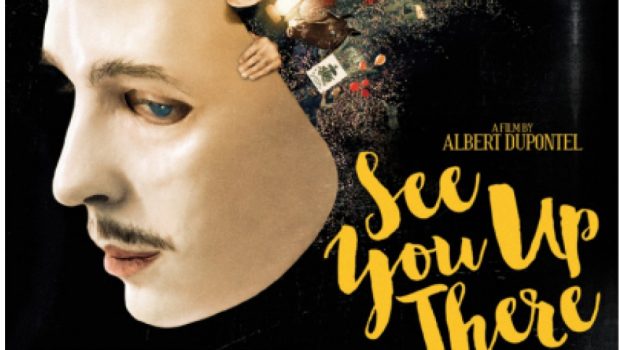 See You Up There DVD Review

Summary: Finding beauty in a story about war is not an easy task... but to thread that tale with heartache, misunderstandings and redemptions all while the lead characters delve into questionable actions whilst maintaining our sympathy shows a great deal of talent.

If I can say one thing about See You Up There it’s that even if you don’t normally watch foreign films, you should go out of your way to watch this one. If it helps you feel more inclined to watch it I am happy to tell you that the often maligned French tradition of mime is utilised in the film, but in a wonderful way that combines masks for a far more fanciful theatrical affect. But as usual… I’m getting ahead of myself.

See You Up There focuses on two soldiers, Edouard Péricourt and Albert Maillard, whose lives are melded together by actions in the closing moments of World War One. Back in civilian life the two must adapt back into society with it’s desire to worship the soldiers whilst unscrupulous businessmen seek to profit off the veterans and even the dead. As their lives unfold the two soldiers find their new lives and their old are intertwined in more ways than first thought and it is harder to escape the horrors of war than they would like. 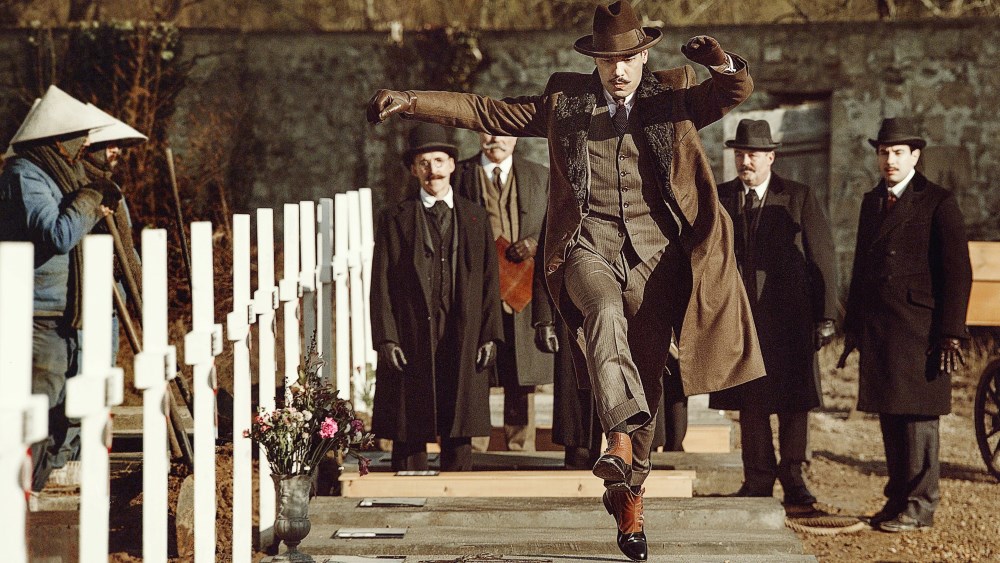 Visually the film is quite stunning, the aforementioned masks range from very simple prosthetic jaws to vibrant animals and caricatures. These masks are brilliantly justified in the film by having Edouard be an artist who lost his jaw in the war. The theatricality of the masks enables a nearly surreal element to seep into the film that helps keep things a bit lighter, which is a good idea given a lot of the material is quite dark. The cinematography excels beyond the masks though, with fantastic wide shots and lighting that gives some scenes an almost magical quality. 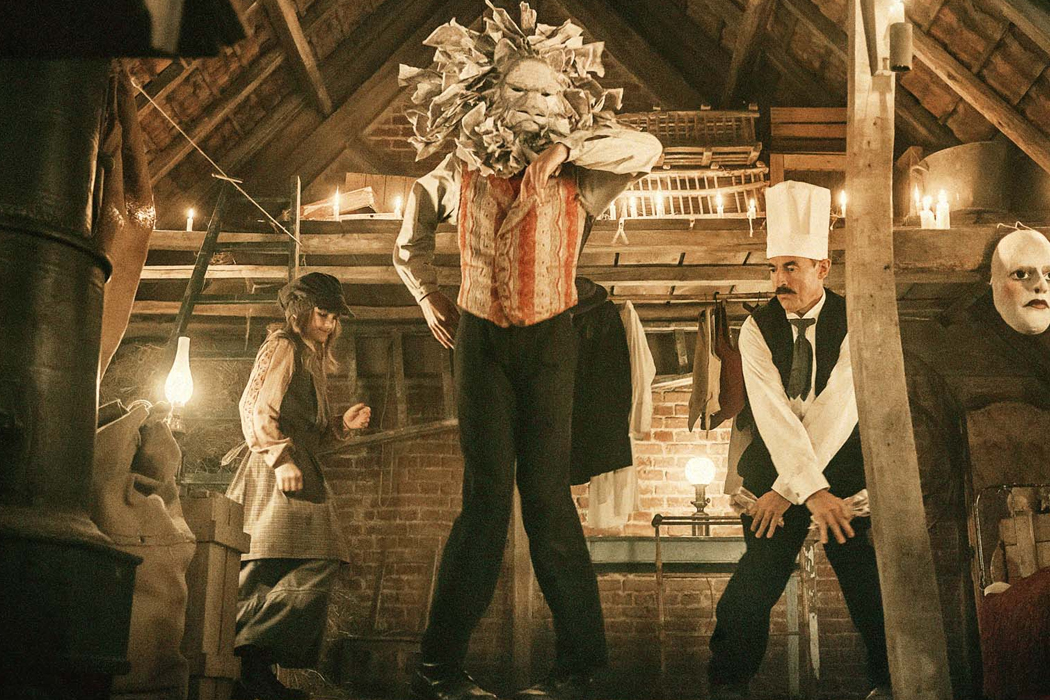 The soundscape is masterfully woven together and special mention needs to be given for the person (or people) who came up with the sound for Edouard “talking”, I couldn’t help but think of a Darth Vader style tone each time I heard it. It is very distinct and often seems far more harsh than the wonderous masks he dons. 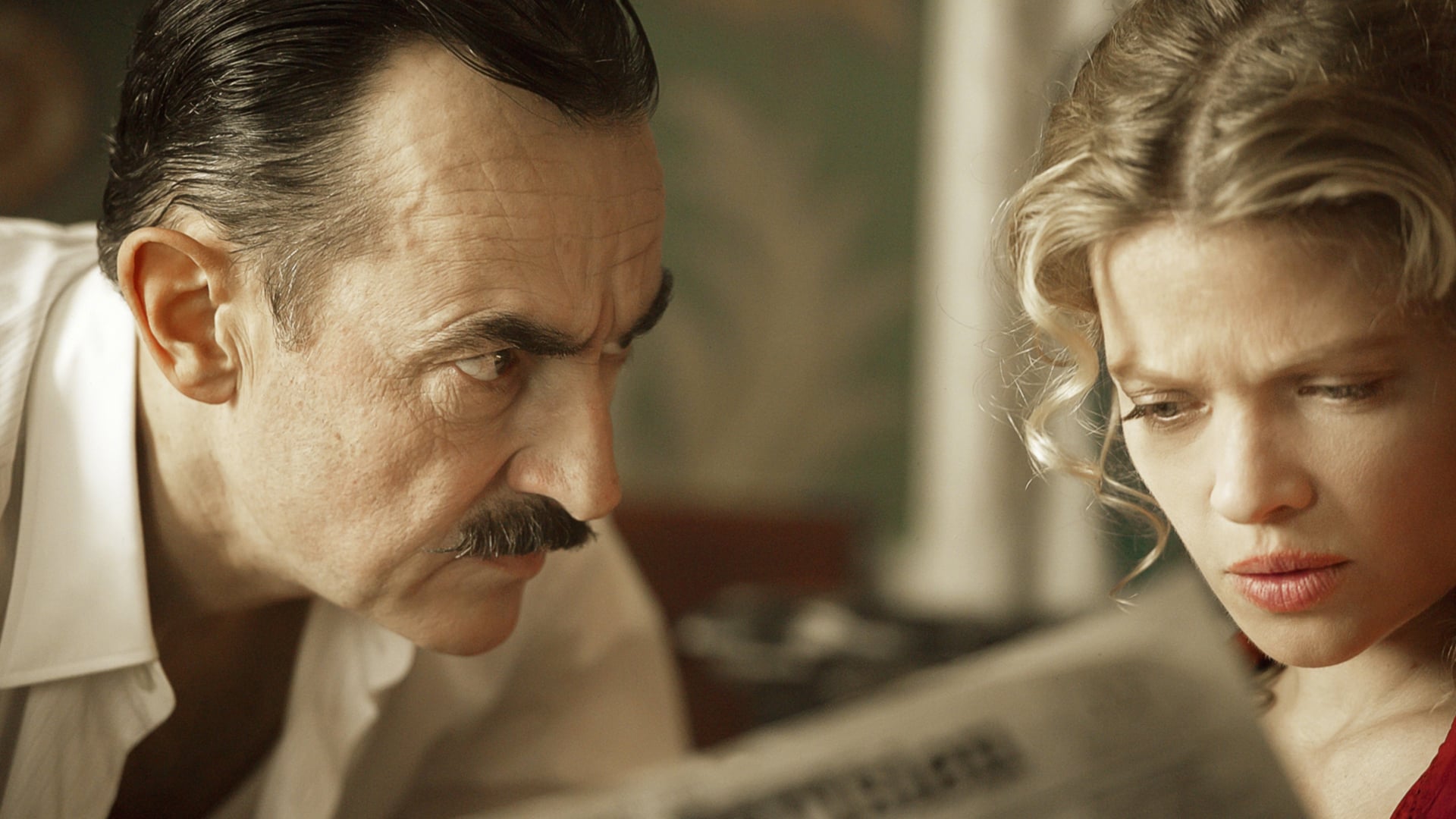 There is a lot going on in the film… I mean that literally and figuratively. The issues raised can have you pondering the ideas for days on end. Notions of how we treat the returned soldiers, directly helping them compared to hero worshiping their ideal from a distance. Big business finding ways to profit from the pain and suffering of war. The level some people need to go to, to survive when the land they helped protect seems to have no interest in helping them land on their feet. Family conflict and misunderstanding. Running for close to two hours there was never a point that I felt things were dragging or when I found myself not engaged in what was going on. 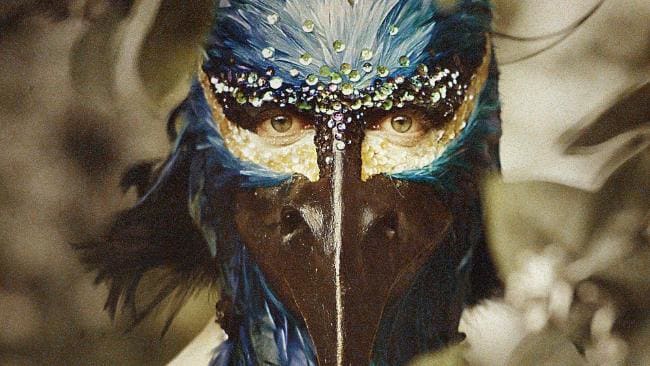 I’m sure there are a few people who strongly dislike the idea of having to read their way through a film, but if you are going to take a chance and watch a film with subtitles, I strongly recommend you make it See You Up There!