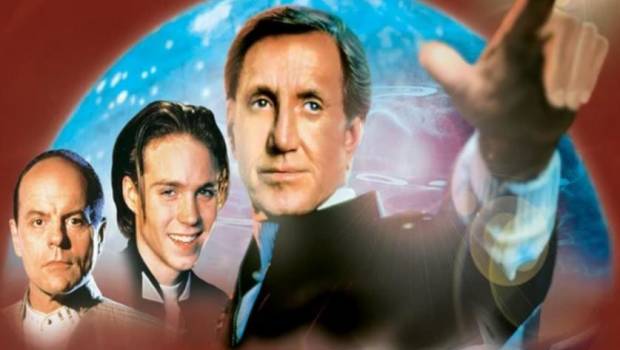 Summary: A visually impressive remaster of a messy but endearing show.

SeaQuest DSV is a show I’ve always heard a lot about, usually mentioned as a joke by people who watched it as teenagers. An episodic sci-fi show set underwater with a talking dolphin? Who wouldn’t be intrigued by that. I’m not sure what my expectations were going into the new Blu-Ray release, but one thing’s for sure: I’m very glad that I finally got to watch this.

Now, this review will be in two parts: The quality of the high definition release, and then the quality of the show itself. It’s important to separate the two, I think. If you’re a fan of the show then you’re probably going to be more interested in how it looks and sounds rather than what someone who didn’t grow up with the program thinks of various episodes.

So first up, this remaster looks great! The picture is incredibly crisp, potentially more so then other recent 80s or 90s sci-fi home releases. And the quality of the sets and outfits really shine through here as well, they look great! Usually with these shows, a HD release can show you just how cheap or plasticy the backdrops are but that’s thankfully not the case here. So don’t worry, the talking dolphin looks great!

However, every now and then, there is a scene that looks like it’s reverted back to standard definition. I noticed it more in the first season, at least one scene in each episode will look a bit flat, but there doesn’t seem to be a reason that I could find for this to happen. At first I thought it was scenes that took place in dark rooms, but that didn’t seem to be the case. Either way, it’s not enough to take you out of the show, just something that pops up every now and then.

As far as the sound quality goes, it’s also quite good. The soundtrack in particular really shines through. Dialogue comes through well, at times it’s a little tinny but there’s much you can do about that with older programs. It would’ve been nice to have the option for subtitles but unfortunately that isn’t available on this release.

As you’d probably expect, the visual effects are a mixed bag. On one hand, CG water is hard to perfect nowdays so you can’t expect it to look great in a show working on a 90s TV budget. But on the other hand, most of the visual effects only come into play when you’re deep in the ocean, so they definitely knew how to get around that obstacle. For the most part, scenes with a lot of visual effects are extremely dark, so they look better then they would in daylight. Some of the ship-models they use do look quite smooth and move in a very floaty way, but it all looks better then expected.

All of the practical effects, which they use way more then visual effects, which is always a plus, are excellent. Again, this goes back to how crisp the remaster is. As a whole, this home release looks great!

But the show itself? Is it really just Star Trek TNG but underwater? Not necessarily! I mean, it’s obvious that that franchise is the main inspiration for SeaQuest, but this show definitely has a few differences that help set it apart.

One of those reasons is that it’s set in the near-future of 2018. Not setting it in the far future helped ground it a little easier, and I really enjoyed the glimpses of the world on the surface that we got. There’s a few episodes focusing on international politics which I loved, the first of which being the third episode of season one (Treasures of the Mind).

On top of that, I reckon that SeaQuest is perhaps a better show for younger viewers. Compared to it’s deep-space-exporing-counterparts, this program has a lot of more jokes aimed at a younger audience. It’s also slightly more action-packed. And, of course, the talking dolphin would be a hit with that demographic.

As a whole, I really enjoyed the first season. After a fairly disappointing pilot, the first few episodes of the season are a lot of fun. As I mentioned earlier, the third episode “Treasures of the Mind” is a standout for me. It makes a really good argument as to why this show should exist. There are a few episodes that are dangerously similar to episodes from other shows like this, for example the episode “Games” which focuses on a prisioner the crew have to escort who breaks loose. At times they seem self-aware of these similarities though, which is highlighted in the 18th episode of the same season, “Hide and Seek”, which guest starts William Shatner.

The cast are all quite good. It takes a few episodes for the chemistry to properly kick in, there’s a few awkward interactions in the early episodes, but they all work together quite well. I particularly liked the captain, as played by Roy Scheider, in his scenes with the youngest member of the cast, Jonathan Brandis. Also any-time Scheider has to talk to the dolphin is very fun.

Things get a little rocky in the second season. It kicks off with a two-part opener called “Daggers”, which seems to be a fan-favourite story. It continues the high-energy feel of the season finale which ended on a pretty solid cliff-hanger of sorts, and definitely deserves to be a two-parter unlike the season one opener. Episode 14 is easily my highlights as it guest-stars the legend himself, Mark Hamill. He also appears in the season finale which has some fun moments, but the cliff-hanger is one of my least favourite moments in the show as I feel it betrays what makes this program unique.

The second season introduces a few new characters, including an ex-convict who has gills. That’s pretty fun. Just thought it was worth mentioning before moving on to…

…the third season. Also known as SeaQuest 2032, the third and final season of the show is quite bad. In the season opener, they attempted to make sense of the previous cliff-hanger and it kind of works but doesn’t make a good argument as to why that cliff-hanger needed to happen.

The third season has a mostly new cast, with Roy Scheider only showing up in the season premiere and the 8th and 10th episodes to wrap up his arc. Then it ends with episode 13 which feels so far detached from the show SeaQuest started out as that it’s almost laughable if it wasn’t so boring.

Wrapping things up, the new home release of the complete SeaQuest DSV collection is a mixed bag quality wise, but quite excellent as far as remaster goes. If you’re a fan of the show, chances are you already have this show (or have it in your wishlist). If you’ve interested in checking it out, there are definitely quite a few episodes that hold up, but do be wary that you won’t get the ending you want as the final season and a bit are a big mess. 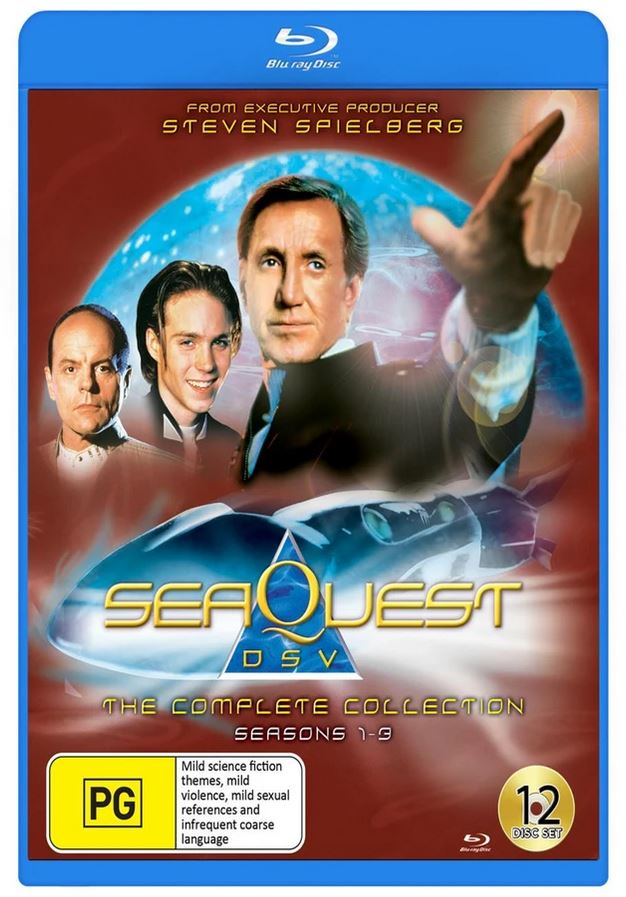