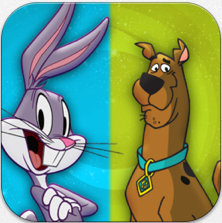 SYDNEY, Australia. – August 7, 2014 – Warner Bros. Interactive Entertainment today announced the launch of its Scooby Doo & Looney Tunes Cartoon Universe: ArcadeApp for iPhone, iPad and iPod touch.  In this new game, players can hang out in the Arcade Hub with their favourite Scooby Doo and Looney Tunes characters and select from ten replayable, mini-games based on the well-known cartoon worlds, each with multiple levels and increasingly difficult challenges.

Using Game Centre with iOS7 support, players are visible to friends and the gaming community and can track their achievements to see how they rank compared to their friends.

The Scooby Doo & Looney Tunes Cartoon Universe: ArcadeApp is available for $3.79 from the App Store on iPhone, iPad and iPod touch or at www.AppStore.com.