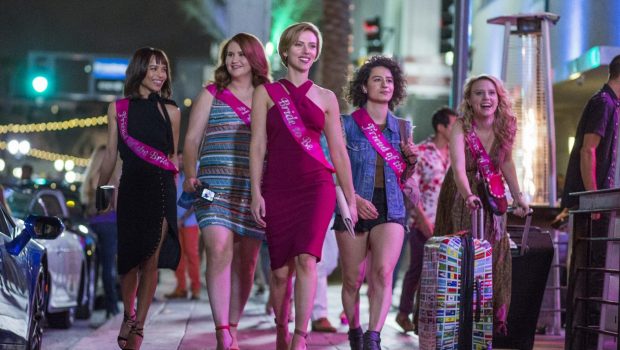 Summary: “Rough Night” tries really hard to be “The Hangover” but it stars a squad of stereotypical female characters. The result is a patchy comedy with an uneven tone.

“Rough Night” is a film starring a group of women. But this group of dames ain’t ladies. This film is a patchy comedy that borrows heavily from “The Hangover” and “Weekend At Bernie’s” and flips the gender stereotypes on its head. This itself is a good thing; even if the same cannot be said about the remainder of the proceedings. In “Rough Night” outrageousness abounds and things are too clichéd, crass and formulaic to really matter.

This film is co-written and directed by Lucia Aniello (Broad City). Paul W. Downs doubles as co-writer and acts as the kindly Peter, the love interest/fiancé to leading lady, Scarlett Johansson’s Jess. The latter is a woman with the world at her feet- she is running for political office and she’s also getting married. These days she has a sensible haircut and clothes, but in her college days she used to let her hair down and party hard with her friends (read: take drugs and drink excessively with the girls.) 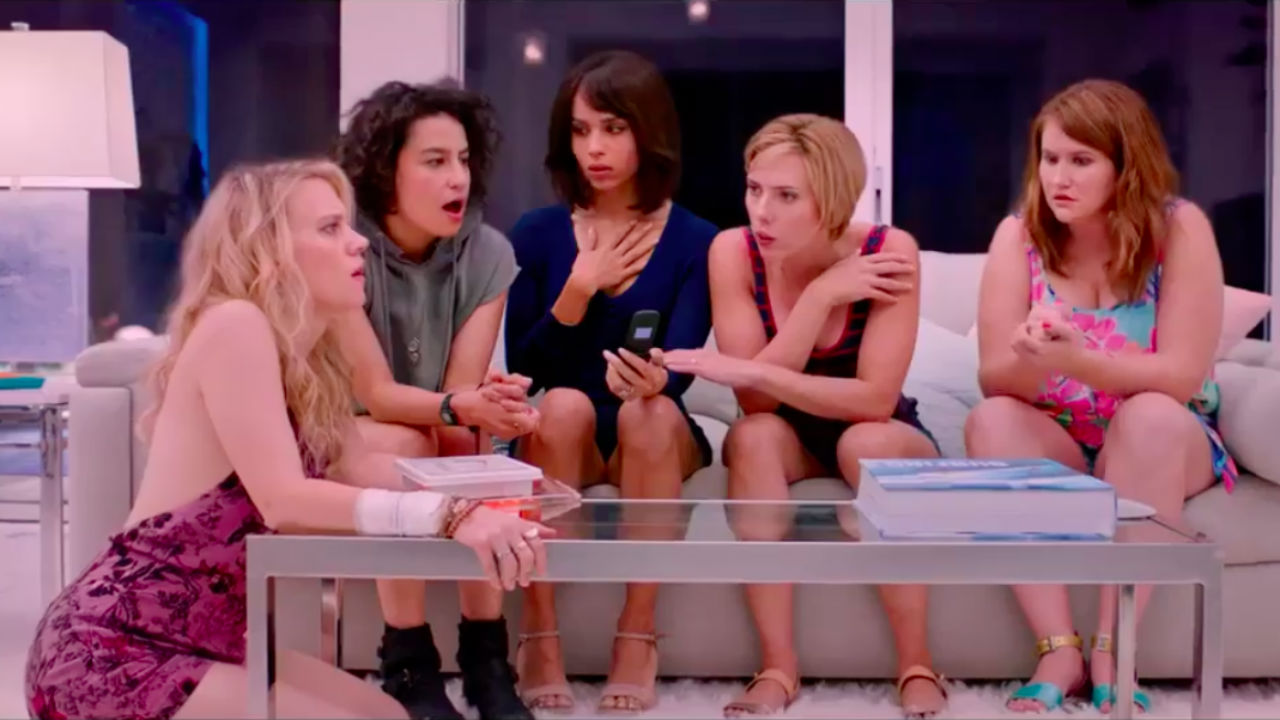 With Jess and Peter’s impending nuptials the logical next step is some bachelor and hen’s parties. The boys (including cameos from comedians Eric André, Bo Burnham and Hasan Minhaj) settle on a low-key wine-tasting. Jess’ needy best friend (Jillian Bell) however, decides to go the whole hog and coordinates a wild weekend with all of the college squad. There’s lesbian activist, Frankie (Ilana Glazer) who has been in trouble with the law. There’s also Frankie’s ex-lover, the financially successful young mother Blair (Zoë Kravitz) and one ring-in from that spell that Jess had down under. Kate McKinnon plays the most improbable Australian ever with a terrible accent, some strange new-age ideals and she carries around a jar of vegemite (as we all apparently do according to Hollywood.)

There isn’t much on-screen chemistry exhibited by this group. The pals settle on some adult entertainment from a stripper. But they also accidently kill him. So rather than go to the police they lug him around “Weekend At Bernie’s”-style and try to hide the body. Hijinks ensue. Some colourful stuff happens and some of this is funny or at least mildly amusing. But there are other things (including jokes about necrophilia and swinging with two neighbours played by Demi Moore and Ty Burrell that completely misfire.)

This comedy is one that treads down such a well-trodden path that it’s completely littered with the footprints of its predecessors (think “The Hangover,” “Bachelor Party,” etc.) The characters in “Rough Night” are clichéd caricatures that are lazily characterised and are often rather unlikeable and insufferable. In some cases you’d hardly want to spend five minutes with them, never mind an entire evening. The tone of this film is also completely all-over-the-shop with beats including noir, farcical comedy, black comedy and dramatic lamentations about fractured friendships.  The special features are adequate and include some previews from forthcoming releases as well as featurettes about the group’s dance and Ryan Cooper’s acting, to name a few. 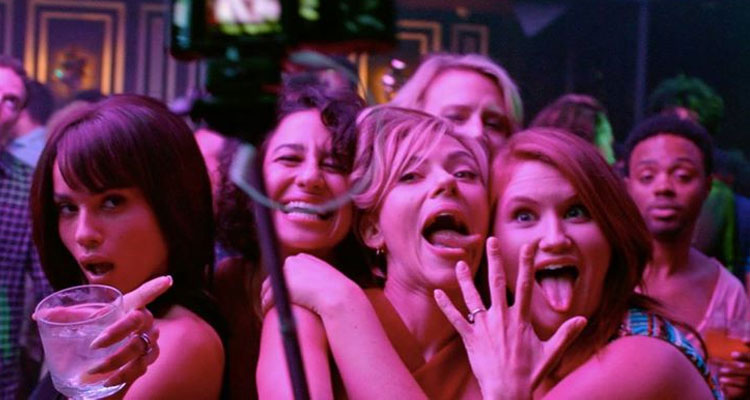 “Rough Night” is a film that promised more than it ultimately delivered. It was good to see a group of girls proving that they can be as raucous and crazy as some young men out on a buck’s night. But these characters simply weren’t funny and were really crass at other moments. They were also like cardboard cut-outs of what a group on the piss should have been like. This film about a group getting wasted actually proves to be the real waste.