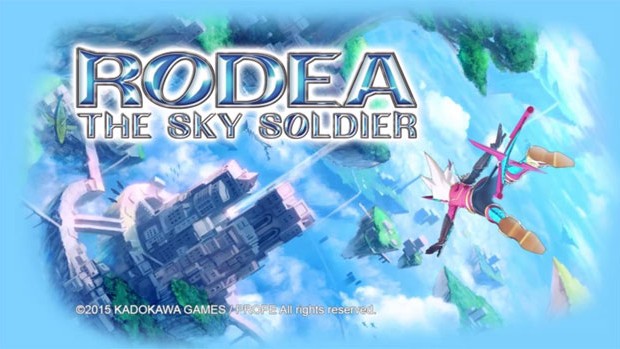 Summary: A game with fascinating concepts, but has a hard time taking flight.

Rodea the Sky Soldier is a brand new game directed by master game maker Yugi Naka, the creative mind behind Sonic the Hedgehog, among other well-regarded games. The influence of the Sonic series is quite evident in this new game as our main character Rodea spins and dashes as he traverses the skies defending the world of Garuda from the Naga Empire. But unlike its spiritual ancestor Sonic, Rodea the Sky Soldier has a more relaxed pace and a new, experimental control scheme. Originally designed for the Wii, this version of the game has adapted the motion controls from the old Wii remotes to make use of the Wii U Game Pad’s traditional controls, and it arguably changes the game a great deal. But is it for better or worse? 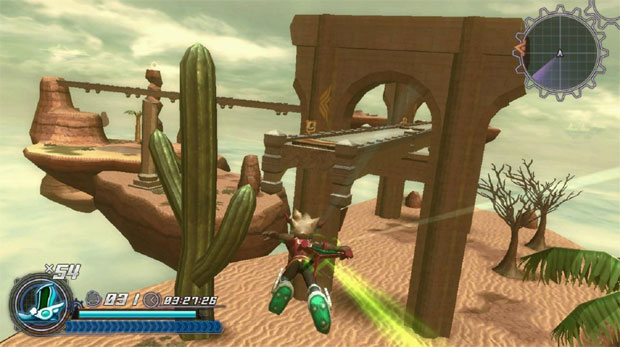 Gameplay focuses on how Rodea moves through the sky. To fly, you merely have to jump, point to your desired location on the screen with an on-screen reticle and press A to launch Rodea in that direction. If you want to change direction mid-flight, simply point somewhere else and press A. Think of it as an on-the-rails action game where you build your own rails on the fly. Your flight time is limited, so you have to take breaks between flights and land on the many floating islands that you pass by. But navigating by ground is often just as necessary as flight. Occasionally to progress you’ll need to take out enemies by launching into them while using a boost attack or by shooting at them from afar. Alternatively, the collection of items within a restricted space can also be the key to opening the way. 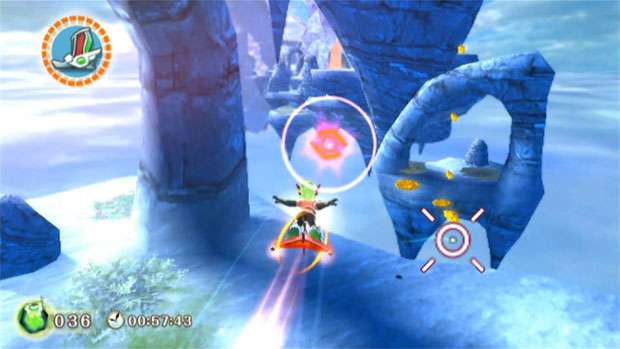 Rodea the Sky Soldier carries so much potential for fun, interesting game play but it falls short of providing an engaging experience. This game suffers from poor level design. The environments are often large, but barren. Enemy behaviour can be unpredictable and/or unfair. The controls are sluggish and occasionally unresponsive. You can only point at objects in range and the third-person camera moves so slowly that if you start to fall from an edge you may not have time to recover. It’s such a shame, because on the surface this game has all the elements of a great time-waster. The idea of point-and-shoot flight and battle mechanics is a stroke of genius, but its improper execution in the Wii U version makes it unsuitable for the second-rate level design. Despite the introductory tutorials the game doesn’t properly prepare you for the kind of challenges you’ll face. 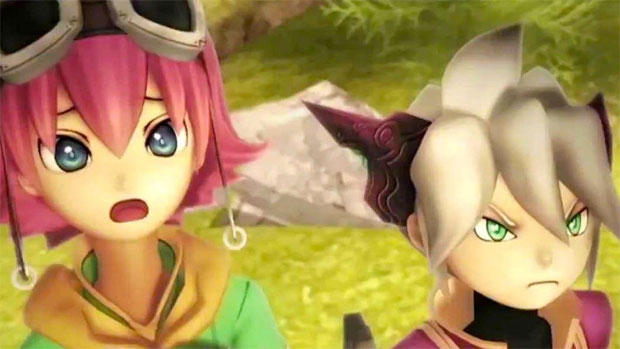 To be blunt, the game’s graphics are bland. The colours have been washed out, the art direction is dated, and the attention to detail is lacklustre. What should have looked crystal clear on a high definition screen instead looks compressed and old. But it’s not all bad. The image is sharp, yet smooth enough to still look pleasing to the eye. And I’d be lying if I said I didn’t like the brief cutscenes, with the cutesy characters and the softer look.

The audio is not much better than the graphics. What compromises the game’s soundtrack is the poor audio quality. Conversation between characters can barely be overheard by what I can only imagine to be some kind of static interference.

Somewhere in this package lies a great game with plenty of excitement to offer- it just has a hard time presenting itself. Is it fun? Of course it is. With enough time and dedication, not only would you be able to master the game and its controls, but also have experienced one of those rare feelings of complete satisfaction just for having played the game. It also depends on your own tastes. Some would say that the best version of the game is the original Wii version, which is only available exclusively with the launch version of the retail game. I can’t say that for myself, having only played the Wii U release, but if you’re interested in Rodea the Sky Soldier, keep a sharp eye out for the retail version. 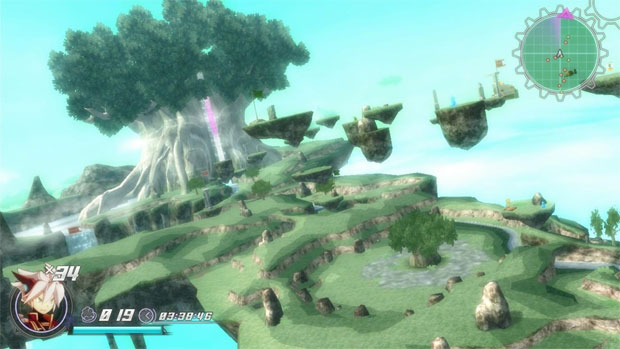