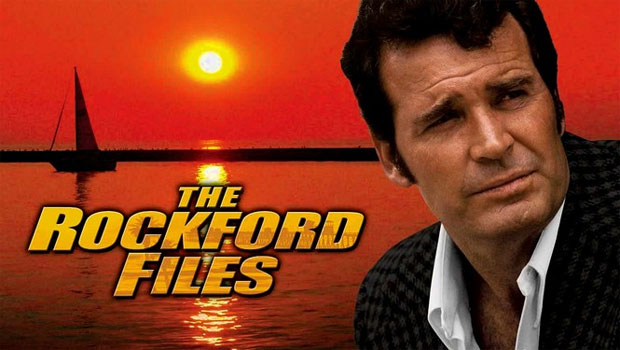 American actor James Garner starred on television and in film for over fifty years. He appeared in movies as well known as The Great Escape, Space Cowboys and Maverick. It was in television, though, that he made his greatest mark. The only reason the movie Maverick exists is due to the tv series of the same name that Garner starred in as Brett Maverick, a silver tongued cardsharp who travelled around the American Old West.

Garner’s Maverick is credited as being television’s first anti-hero, a sort of criminal with a heart of gold whose ethics usually trumped his desire for a quick cash grab. While Marverick made Garner a household name, he left at the end of the third series in 1960. But television wasn’t quite finished with him. After his movie career hit its peak during the remainder of the 1960s, Garner returned to television in the series that left a lasting legacy in television detective fiction – The Rockford Files.

Co-created by Maverick creator Ray Huggins, and Stephen J Cannell (The A-Team, Wiseguy, 21 Jump Street to name but a tiny fraction of his amazing output), The Rockford Files starred Garner as Jim Rockford, a private detective working in California. Modelled on the Maverick archetype of the anti-hero with a heart of gold, Rockford had been pardoned after five years in jail. Regularly appearing with Garner was Noah Beery Jr. as Joseph Rockford, Jim’s father, and of course the famous gold Pontiac Firebird Esprit car, which Rockford absolutely thrashes the length and breadth of California.

The key to the success of the series is undoubtedly the effortless charm and charisma Garner brings to the role. In his mid-40s when The Rockford Files began, Garner is comfortable in his own skin, and it that ease that allows the viewer to be drawn in. No matter the situation, or the people involved, Garner provides an easy warmth that gives a great deal of comfort and pleasure to the audience.

The tempo of the episodes also helps. We tend to forget these days with shows with zippy 42 minute plots, that back in the day, television episodes tended to be longer. This first season of The Rockford Files occupied the 9-10pm evening slot on NBC and makes full use of every minute. We’re treated to lengthy car chases, often with Garner’s trademark ‘j-turn’ (it involves liberal use of the handbrake and smoking up the wheels like a Saturday night in the western suburbs), lengthy introductions to that episode’s guest actor (which range in season one from Lindsay Wagner, Ned Beatty, Stuart Margolin and Jackie Cooper) and the occasional lengthy flashback. While some of the episodes do feel meandering or bloated, there’s enough charm and winning performances to carry the viewer along.

Part of the entertainment in watching this first series, set in 1974, is that it is a time capsule for an era that has long faded away. The clothes, the hair, the cars, how people communicated are captured like an insect in amber. It being the 1970s, everything seems dirtier and browner. Flares are wider, hair is wilder, and the social mores are a complete throwback. When Rockford refers to the villain in the pilot as a ‘queer’ you quickly find out about how far society has progressed with regards to LGBT issues in forty years. It’s a jolt, as is the attitude towards women (which was opening up much faster but still…) but one that provoke wry acknowledgement more than anything else.

These 23 episodes in this attractive set are prime US detective television from the era. They cover the gamut of murder to fraud to theft to kidnapping and blackmail. Even though the era exemplified American exhaustion at home and abroad, Rockford’s cheery demeanour even when being threatened with violence is a tonic to that negativity. The stereotypes on offer are more amusing than offensive, but the action, the fun and the great acting on offer outweighs all other aspects.

Extras: an interview with Garner prior to his death is great value as it offers a fond reminiscence on a role that came to define his acting career. Garner’s pride in the role and what he brought to it is evident and the interview is a great tribute to his character, and himself. Also on offer as an extra is the original broadcast version of the pilot episode, which is also offered in its two part syndicated version. The pilot isn’t remastered, but like all the episodes in this set, the visuals and audio, while of their time, are perfectly watchable today. 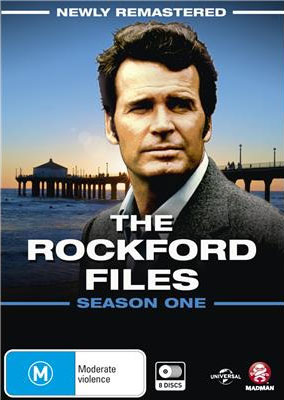