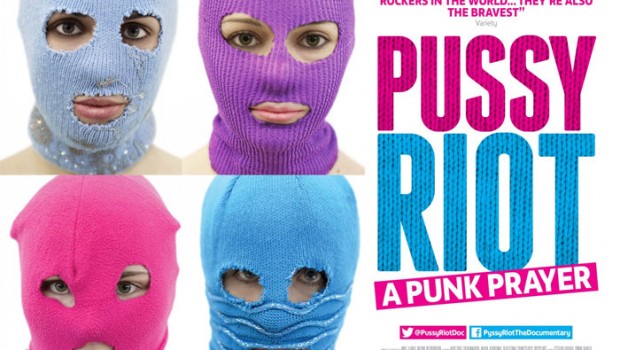 Summary: This film will be known in the future as the best resource in finding out exactly who Pussy Riot is and what happened in the court room as a result of their actions.

On the 21st of February 2012, five girls dressed in bright coloured dresses and balaclavas took to a Moscow Russian Orthodox Cathedral and performed in protest of the church leader’s support of the Russian president, Vladimir Putin. Nadezhda Tolokonnikova , Maria Alyokhina and Yekaterina Samutsevich were arrested for hooliganism and faced seven years in prison if found guilty. This film covers the trial from beginning to end and the controversy surrounding the girls and their fight for freedom.

One of the most intriguing cases in Russia’s recent days paves the way for one very interesting and equalling intriguing documentary. Pussy Riot: A Punk Prayer is an exceptionally well made film which achieves what many documentaries with similarly controversial topics don’t, the freedom of choice. Just as the members of Pussy Riot believe in the freedom to voice their opinions, this film believes that the audience has a right to the freedom to choose whether they believe that the members of the all female band are the victims or have received a just punishment. As well as being un-bias, Pussy Riot: A Punk Prayer is wonderfully made and extremely thorough and informative. 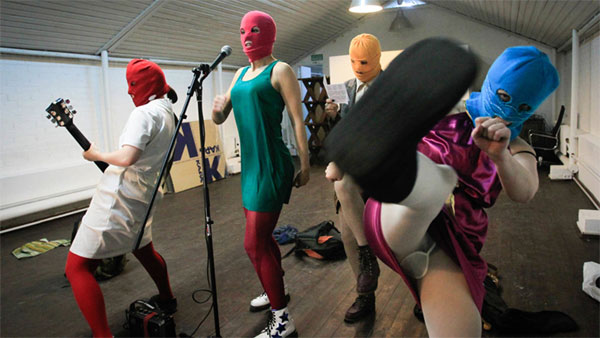 There could not have been a more thorough examination of the phenomenon which Pussy Riot has created. Mike Lerner and Maxim Pozdorvkin’s film looks at every possible detail that accompanies the band and it’s trial. With interviews with those closest to the three girls, we find out more about who each of them are and how and why they became involved in Pussy Riot. There are also interviews with those who are for the girls and those who are against, so you are not hearing second hand information and the accuracy of the film is heightened. Footage from the crucial moments in the court room are also included in the film, as well as those happenings between protesters and police outside the courtroom. It is absolutely intriguing to watch for those who do and don’t know much about Pussy Riot, and also is a great look into the Russian judicial system.

For the most part, the film is un-bias. Both sides of the argument as to whether these girls should have to endure the sentence or not are presented. Those who were extremely offended by actions of the girls are allowed to have their say in the film, and this is not just restricted to the leaders of the church, but also civilians. The “for” side does have more screen time in the film and this could be the film makers trying to lean the audience to that side, but all in all, we are allowed to make up our own mind from watching the film. 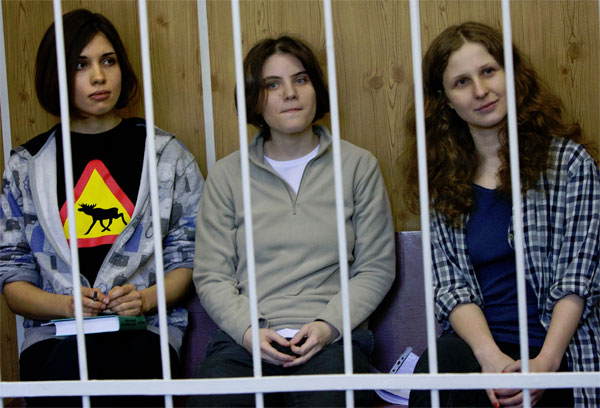 The editing of the film is superb. Even though there are flashbacks and moments taken to look at the girls backgrounds, the film just seems to flow smoothly. For those who don’t know the story of Pussy Riot, there is a suspense there which keeps you going till the end. If you hadn’t known much about the trial before, Pussy Riot: A Punk Prayer provides you with the intrigue to keep following the revelations of the case from here on in.

What we have here is a very well made documentation of an intriguing current issue. This film will be known in the future as the best resource in finding out exactly who Pussy Riot is and what happened in the court room as a result of their actions. 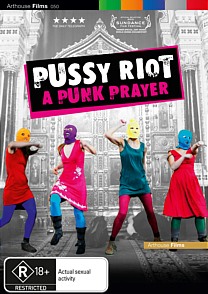