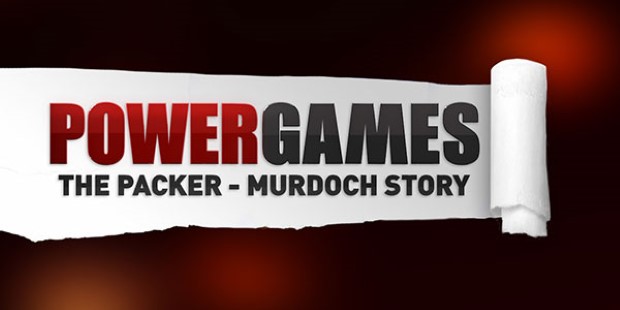 Summary: The esoteric subject matter may deter some viewers but they’d be missing out on an enthralling portrait of a time when the fate of the country, both programming wise and politically, rested in the hands of two men holding a grudge against one another over a small incident at a dinner party.

Power Games: The Packer-Murdoch story is the latest miniseries to come from the Nine Network and follows the rivalry between the two media moguls that would come to form not only the Australian entertainment industry but also the political climate of the time through their control of their respective News presses.

The series starts off in 1960 with the young and ambitious Rupert Murdoch (Patrick Brammall) attending a get-together at the Packer’s estate, ostensibly for Tennis and cocktails but in reality for Frank Packer (Lachy Hulme) to have a chance to exert his massive influence and humiliate Murdoch, whom he sees as an upstart “Boy publisher” out of his depth… And also a potential threat to his empire. The events of this meeting galvanises Murdoch to go head to head with the belligerent patriarch of the Packer family and expand both the newspaper publishing and television networks from their rural origins to compete with the formidable Packer empire, setting the stage for a 15 year battle for control over a majority share of the entertainment and media industry. 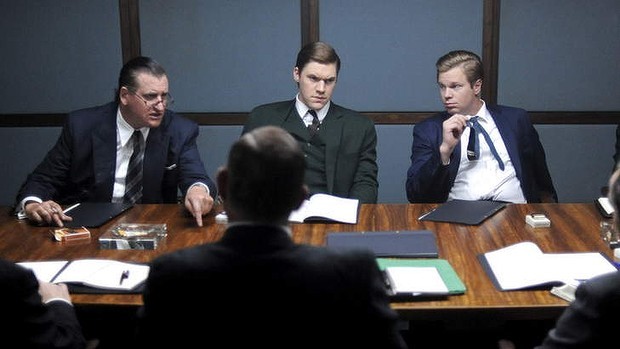 The dance between the Packer family and Murdoch is fascinating to watch, with underhanded backroom scheming and the constant one-upping of each other all offering an enthralling insight into the minds of these two heads of media dynasties. The more straight forward intimidation tactics of Frank are in stark contrast to the Machiavellian scheming of Murdoch, often leaving Frank at the mercy of his own arrogance as Murdoch outmanoeuvres him through deft power plays, such as buying up all of the U.S programming content as leverage to gain a seat on the board of the Nine Network after an application for his own programming license was blocked by Packer.

Surprisingly, given its source, Power Games – Much like spiritual predecessor Howzat! Kerry Packer’s War – Pulls few punches with its portrayal of the Packer family; Frank is depicted as an abrasive and somewhat tyrannical businessman who treats his two sons Kerry (Luke Ford) and Clyde (Alexander England) far worse than he treats his beloved dog. Murdoch doesn’t exactly fare better; although he’s shown to have slightly less loose morals and ethics in his business dealings than the Packers, he’s shown as being negligent towards his family as a result of his fixation on building his media empire. On both sides of the conflict the collateral damage is endured by the families and although the Packers appear to form a united front the divide between them grows ever wider as the series progresses. 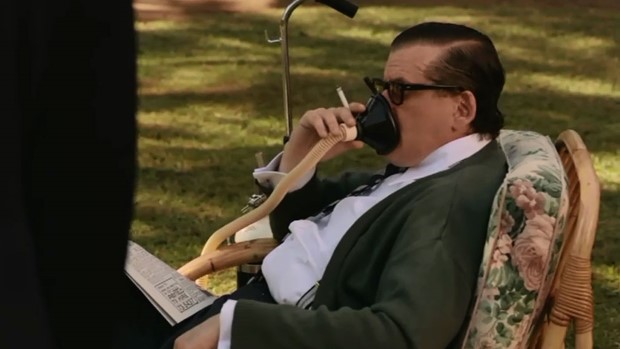 Essentially a David Vs Goliath story, this latest offering from John Edwards, the man behind Howzat! and Paper Giants, paints Rupert Murdoch as an enterprising underdog, which can be a bit of a hard pill to swallow considering his dominance of the industry today. As such this is probably Power Games’ biggest failing – Even the “little man” of the piece is very hard to relate to for many of the audience. Another issue is viewer fatigue in relation to the myriad of recent biopics profiling the Packer family; despite the pedigree of the piece, after Edwards’ previous offerings many may feel that it’s time to move on from this fascination on the affluent and disconnected lives of the Packers.

This is a shame, as Power Games is an impressively scripted insight into a power struggle that shaped the television and print media empires and offers great performance from its main cast, particularly Hulme and Ford. Hulme inhabits the character of Frank Packer with the same aplomb displayed in Howzat! whilst Ford’s portrayal of Kerry is Pitch-Perfect down to the mannerisms and eerily uncanny resemblance helped by his facial expressions. The production design helps to sell the feel of the 15 year period leading up to Frank’s demise, with snippets of archival footage helping to establish the era. The only issue I had with the script was that the female characters are painted rather thinly and seem almost inconsequential, with a majority of screen time going to the major players, and the presence of a few interesting loose ends that were never tied up for those unfamiliar with the history, such as the outcome of a kidnapping fuelled by mistaken identity.

As expected for a major mini-series event the production values are quite high for an Australian production and this is reflected in the vibrant and clean transfer from Roadshow; the audio is crisp and clearly delivered and the image shows no signs of compression or artefacts at all. 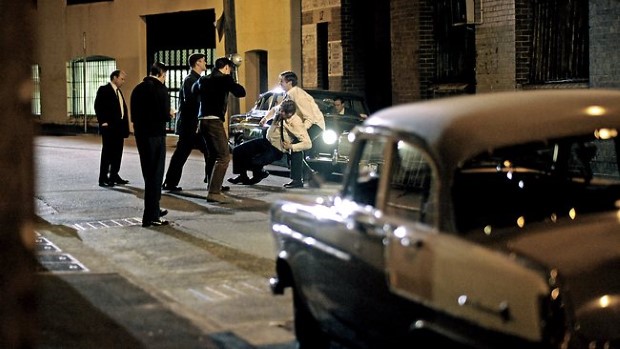 The only supplemental feature included on this release is a short featurette comprised of interviews from the cast, revealing the motivations and choices in performance from the cast and their interpretation of events as well as briefly touching upon the difficulties in portraying real people rather than fictional characters. 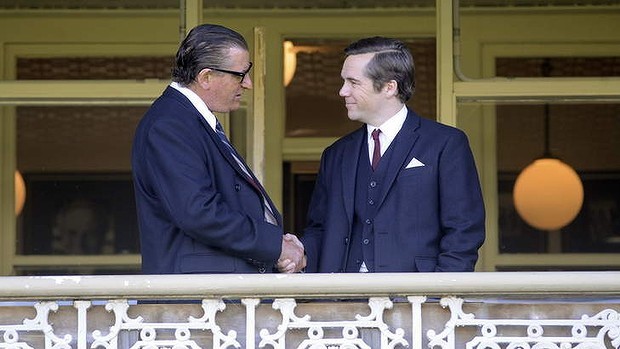 Probably less appealing to the average viewer than previous effort Howzat!, as reflected in its dismal ratings, Power Games – The Packer-Murdoch Story is nonetheless a solid and engaging look at the battle of wills between two men that served to shape the landscape of the Australian News and entertainment industry. Also interesting is the program’s look at the strong part the media plays in influencing the outcomes of political elections and the familial fallout that can occur when one is too single-mindedly focused on the bigger picture. Frank’s underestimation of his opponent and being blinded by his own hubris eventually leads to his being left behind by the world, a conservative relic of the past forced to step aside while his position of power is usurped not only by the astute Murdoch but also his own emotionally neglected son Kerry after original heir Clyde divorces himself from proceedings. It’s a remarkable juxtaposition of character, bolstered by Hulme’s superb performance, and makes for fascinating viewing.

The esoteric subject matter may deter some viewers but they’d be missing out on an enthralling portrait of a time when the fate of the country, both programming wise and politically, rested in the hands of two men holding a grudge against one another over a small incident at a dinner party.