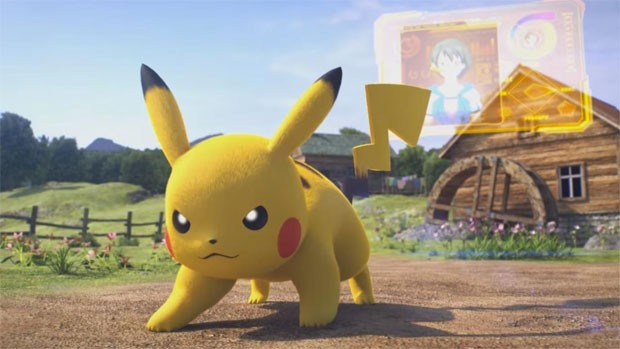 Summary: Play as Pikachu and about a dozen other Pokémon as you battle for the title of Ferrum League Champion.

Pokémon turned 20 this year. That’s a long time spent training to be a Pokémon Master. Though six generations in, with dozens of games and spin-offs, we’ve never really been able to control our Pokémon and engage in real-time battles with others. Well, there’s Super Smash Bros., but if you’re looking for something more true to the series that captures the same spirit of the stylized battle scenes in the Pokémon anime, up until now we’ve had no such luck. But praise the mighty lord Arceus, for Pokkén Tournament has arrived, and it’s exactly what we Pokéfans have longed for. It’s the first real time we can take full control of a Pokémon and fight as them with style. 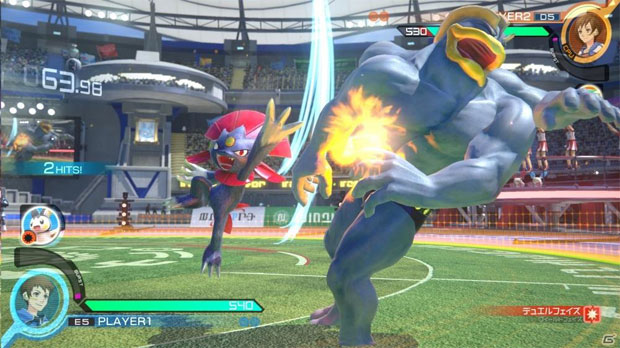 The word “Pokkén” comes from a combination of Pokémon and Tekken, and you really should be familiar with both of these games already. What Pokkén Tournament does is give us a cast of fan favourite Pokémon to pit against each other in one-on-one combat. There’s Pikachu, Charizard, Garchomp, Lucario, Blaziken, Suicune, Gengar, Machomp, and Sceptile among other popular Pokémon; Y’know, the best ones. You can compete for ultimate glory in the Ferrum region to see if you have what is takes to take down every other Pokémon Trainer around. It won’t be easy, though. The tough trainers aren’t going to go down easy. 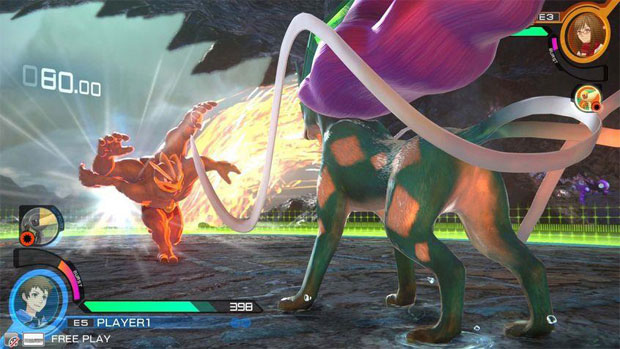 Fighting takes inspiration from Tekken’s martial arts, but the Pokémon keep their special abilities. The game starts in a 3D ring where the fighting Pokémon circle one another preparing for attack. Once the first attack is landed, the battle locks onto a 2D plane for simplicity and accuracy. The face buttons on the Wii U Game Pad / Pro Controller all have some kind of ability and different combos create different moves for added complexity. You can also summon two support Pokemon in each battle to help turn the tide when you’re getting whuped or to use as overkill for maximum glory. You start out with only a handful of available support Pokémon but you unlock more as you compete in the Ferrum League (that’s Tournament Mode). Mind you, you don’t have to strain yourself. You could decide to play tactically, carefully timing each and every move, or executing precise combos to take down your friends in battle but on the other 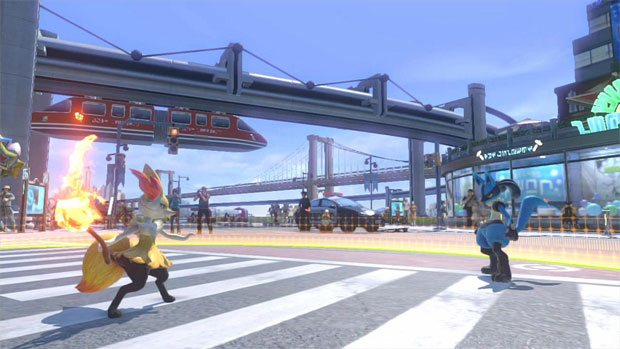 hand you can mash buttons until you win. No matter how you fight you have fun doing it. Both online and local play is supported to take on your friends, but nothing beats battling in the same room sharing the excitement of an intense battle. In local play, Player 1 mans the Game Pad, while Player 2 has the TV screen for their point of view. It’s a smart way of letting two friends or roommates play together on one console while also removing the chance for a dirty screen peak. (Player 1 gets an extra advantage there!)

The detail in this game is astonishing. For the first time we can see fur on our Pokémon along with other details we never knew they had. With nary a single blemish, Pokkén Tournament stands among the Wii U’s most beautiful games.

The game is accompanied with an heavily stylized synthesized soundtrack that’s fast paced and heavily reminiscent of music from the Pokémon anime, but you’ll never notice the game for its soundtrack. After all these years, the generic music we expect from Pokémon games is falling a bit flat. Not that you’d care, because you’re too busy beating up a Chandelure. 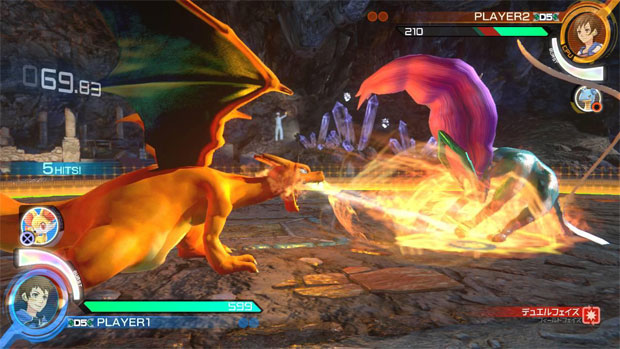 The experience that this game provides has been long overdue, and I praise it for doing such a terrific job. Considering the series currently contains 720 Pokémon, it’s understandable that about 80% of them don’t even appear as background scenery. Even with the presence of dozens of support Pokémon I can’t help but think it could have been even better if the playable cast was larger.

This game is selling out on the shelves so if you spot a copy, take it! You won’t be disappointed. 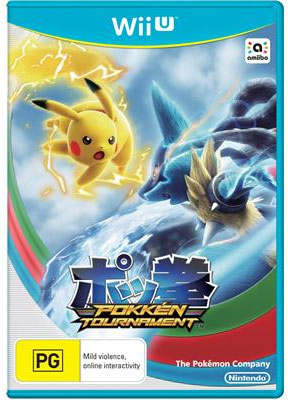