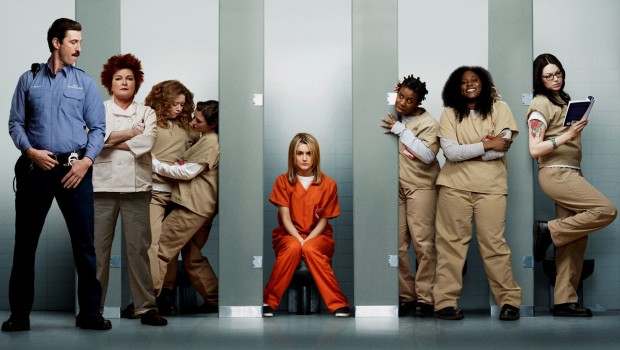 Orange is the new Black!

The Hit US series Orange is available on DVD 9 May

Based on Piper Kerman’s best-selling memoir, Orange Is the New Black follows Brooklynite Piper Chapman, (Golden Globe® nominee Taylor Schilling – Argo), whose decade-old relationship with drug-runner Alex (Laura Prepon – That 70’s Show) results in her arrest and year-long detention in a federal penitentiary. To pay her debt to society, Piper must trade her comfortable New York life with fiancé Larry (Jason Biggs – Anything Else) for an orange prison jumpsuit and a baffling prison culture where she is forced to question everything she believes about herself and the world at large. As she struggles to adjust to her new reality, she finds unexpected laughter, tears, conflict and camaraderie amidst an eccentric and outspoken group of inmates.

Created by Jenji Kohan (Weeds) Orange is the New Black is a heartbreaking and hilarious award-winning new series produced by Lionsgate Television (Nashville).