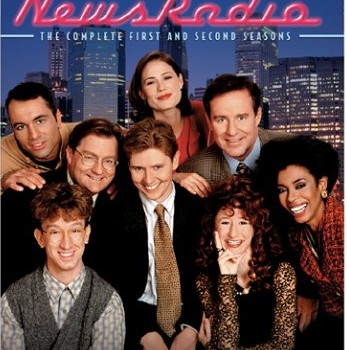 Summary: Classic comedy from the mid 90's with a perfect cast. Phil Hartman in fine form.

In the middle of the 1990’s a show came along that by title alone would not have garnered much interest “News Radio”… if anything it sounded like a Ken Burns documentary on the rise of journalism on the wireless… but when you started dropping the names of cast members, Phil Hartman, Stephen Root, Dave Foley, Maura Tierney, Khandi Alexander, Vicki Lewis, Andy Dick and Joe Rogan… suddenly curiousity was piqued.

Set in the fictional WNYX radio station the series follows the News Radio family headed by their newly appointed boss Dave (Dave Foley), but everyone in the office is a “character” and a handful in their own right… throw the owner Mr Jimmy James into the mix with his eccentricities and you have a recipe for laughs a minute comedy. 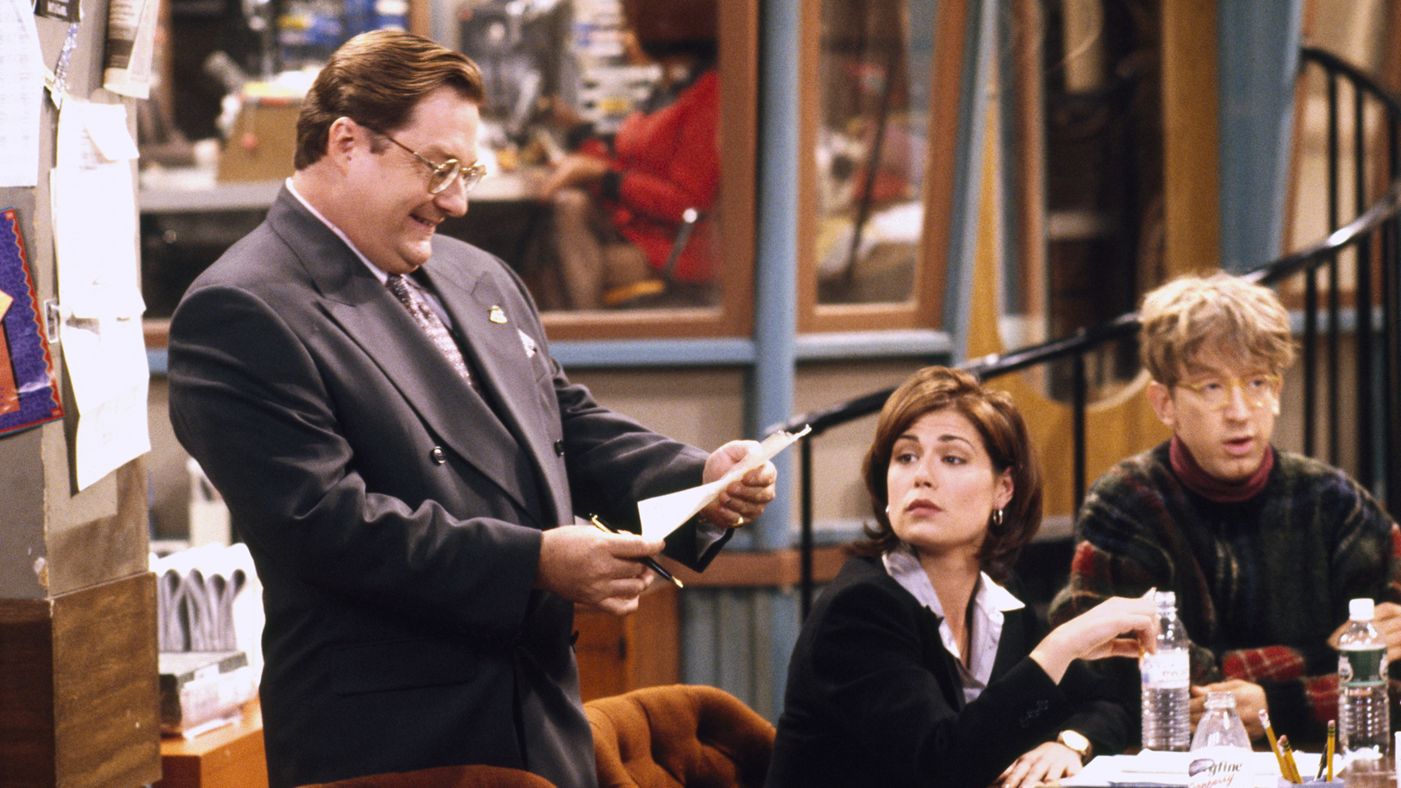 The cover of the disc states “one of the best ensemble casts..” and I think that really sums up one of the most important things about News Radio… there are no weak characters… everyone has great comic timing and delivery… you have Phil Hartman playing the Ego on legs, Bill, dropping self indulgent quips any chance he gets. You have Stephen Root as Mr Jimmy James with the snappy dead pan responses to anything and everything (not to mention the casual nature in which he can suggest people join him in the men’s room for a meeting). Maura Tierney plays Lisa Miller with many quirks, including the odd ability to almost instantly answer any complex mathematical question. Khandi Alexander provides a strong sense of sass and strength of character as Catherine Duke. Vicki Lewis plays the ever present (even when not wanted) Beth, always chewing and happy to throw a snappy line at any chance. Andy Dick as Matthew Brock is the bumbling office “charity case” seemingly ignored by all yet still loved as family. Then there’s Joe Rogan… the man who has since made his name as UFC commentator (and conspiracy theorist/kettle bell promoting podcaster) plays… Joe… the stations technician who refuses to use conventional means to fix anything and is frequently seen holding a circuit board and pointing out how easy it is for him to bring the station to a standstill. 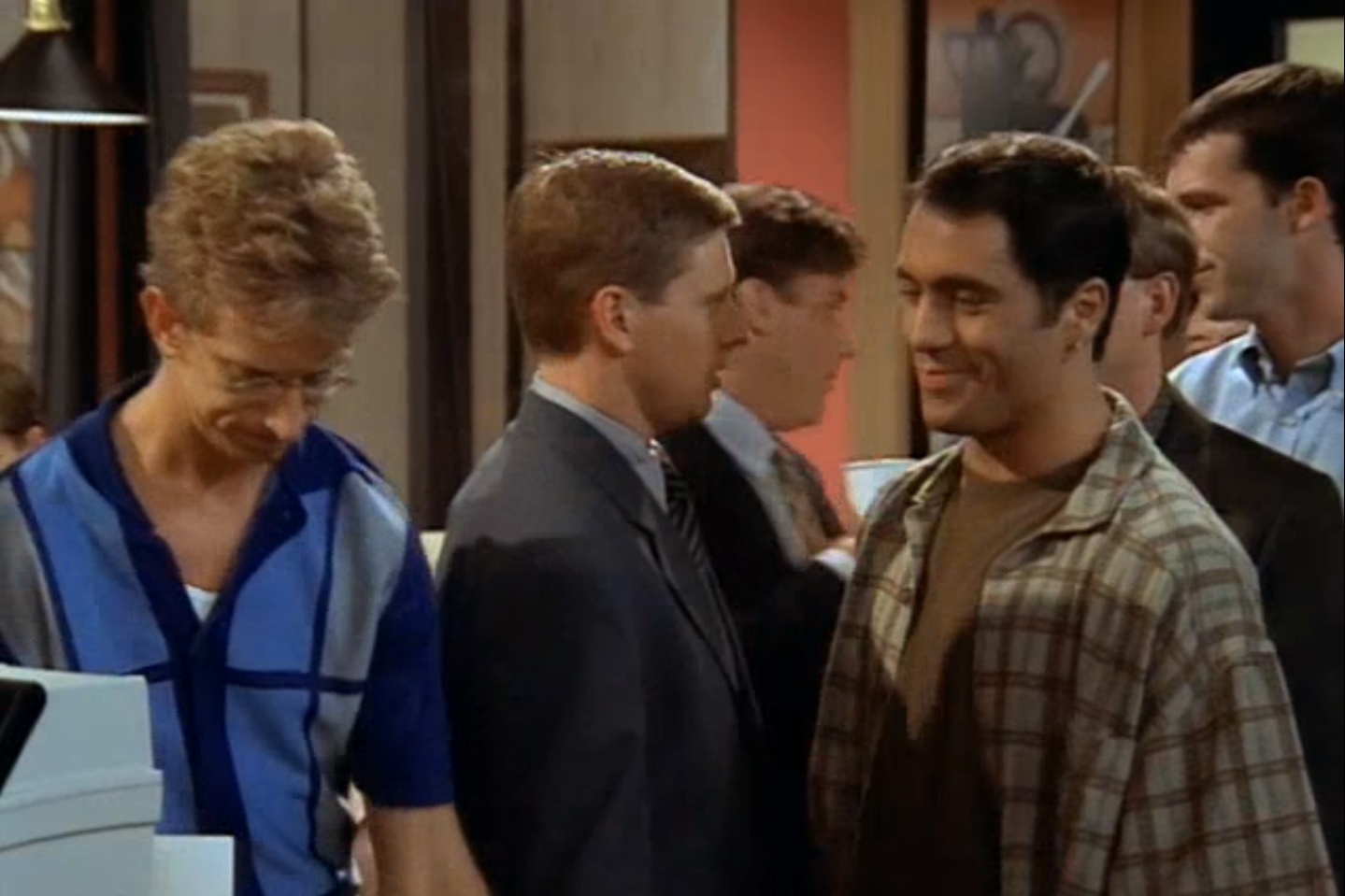 As with all great ensemble comedy shows… it’s not really possible to single one person out as the star or focus. You could arguably say that Dave is the focus as he is our introduction to the show and in a sense what many of the events revolve around… but in a sense he is more the cue… the tool used to set things up for the other cast to have their moments (and in so doing obviously has many of his own moments). Dave is the sounding board for everyone’s concerns and that is what enables us to peak into everyone’s lives… from Bill writing his memoir to Mr James searching for a wife… Dave is the central point of contact. But then there are the microcosms within the office… Bill and Catherine have their professional rivalry, Joe and Matthew have their friendship. Beth and Lisa have their almost sisterly interactions… and at any point Mr James could walk in and stir things up completely. 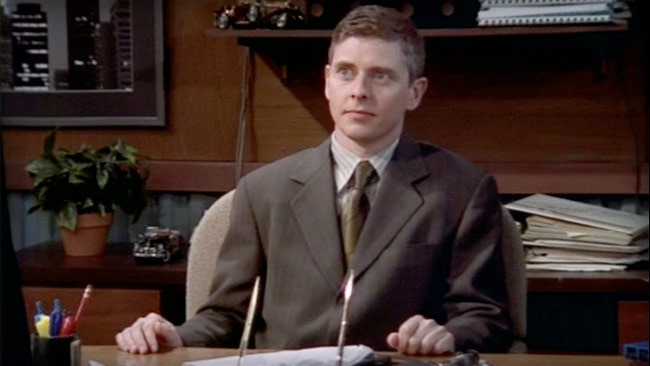 By the second episode the tone was set for my wife and I (she “watched”… ie listened, from the computer to the series while I watched it on the couch) when it opened with a gag about the pronunciation of the name Buttafuoco… yes we can be quite juvenile at times.

The negative thing I can say about this disc set is that it is only the first two series… that and it makes you mourn the loss of Phil Hartman even more. 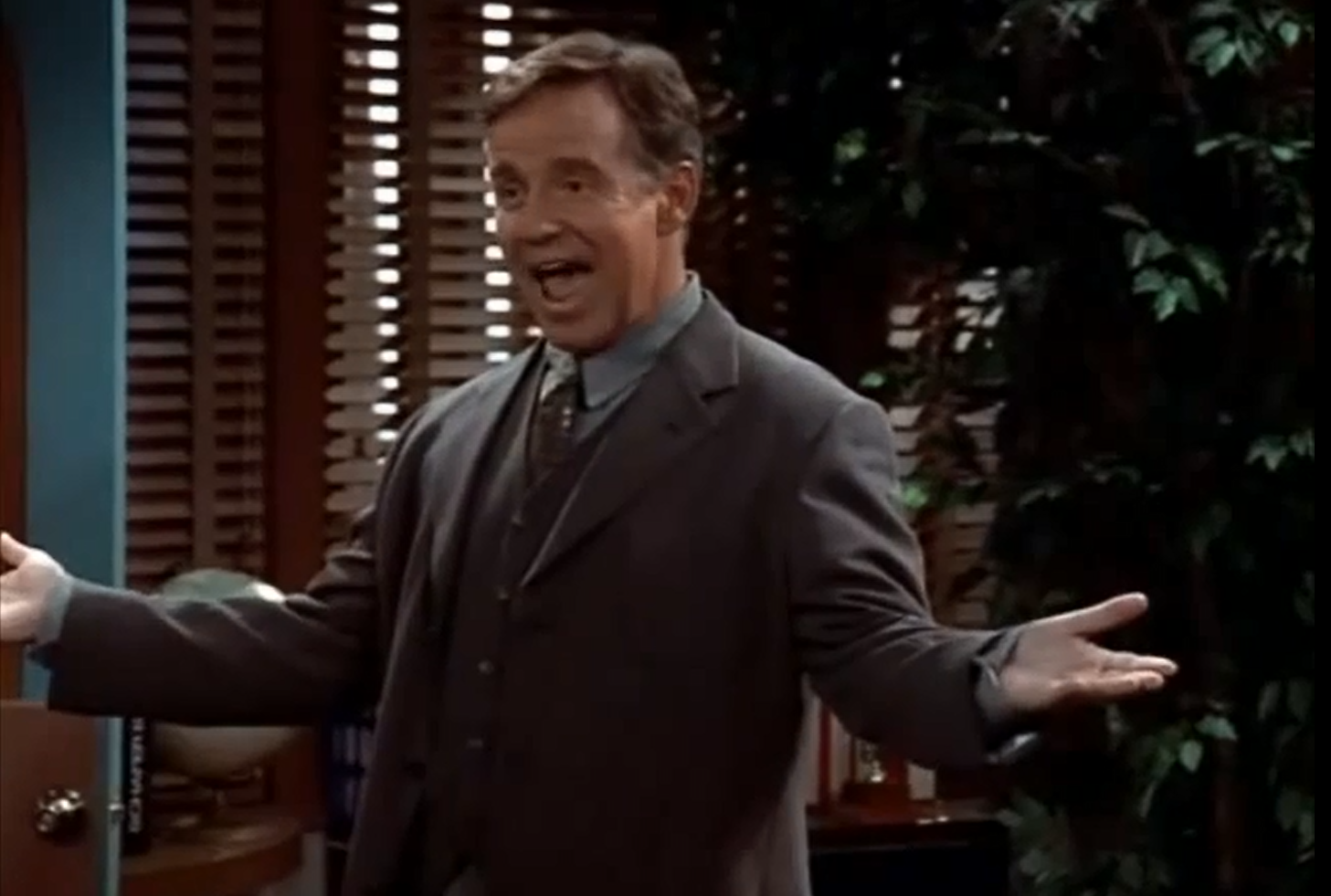 A great set to watch, laughs a plenty and to top it all off… there’s a gag reel!!!