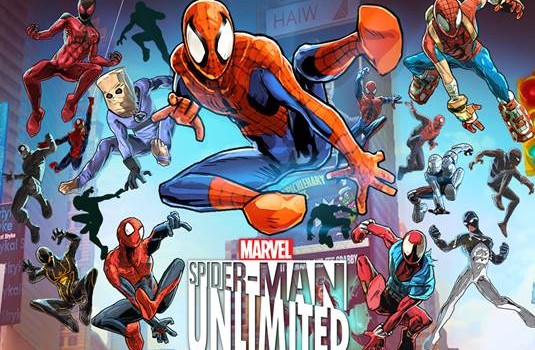 Gameloft is thrilled to announce their new Spider-Man game, Spider-Man Unlimited which will be available from tomorrow on iOS, Android and Windows Phone.

It’s a game completely based on the Spider-Man comics, with 50 over years of content, and more Spider-Men featured than ever shown in digital media.

As well, we’re the first game to launch content completely in tandem with released Marvel Comics in their Spider-Verse series, with a new Spider-Man released every 1-2 weeks after launch.

In addition to this, the game itself is innovating the runner genre with unique Spider-Man-themed gameplay, Spider-Man card collection, and an episodic adventure with a full narrative – the first runner to have any of these features.