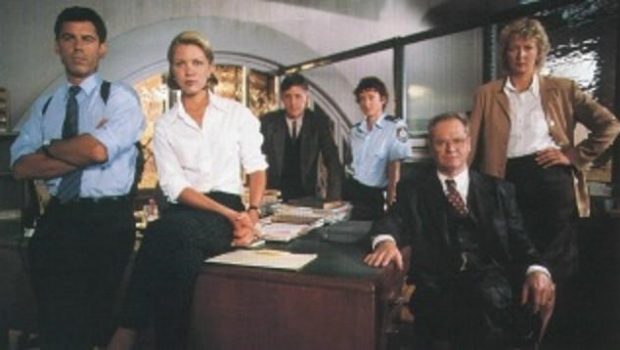 Summary: The final series in this wonderful Aussie cop drama.

And so they return with the third and final season of Murder Call.  This season follows the same format as the previous two which is obviously their secret to success – there are so few shows that truly do standalone episodes each and every time.  So many other shows start out with standalones and then seem to give in to popular trends where they start to concentrate on one big storyline that takes over the rest of the season (or even longer) – this show has never done this and manages to maintain it for the entirety of the show’s existence; it’s actually quite refreshing and enjoyable.  That being said, the one big issue is that there is no real climax to the show that really allows you to feel like you have some closure – it finishes like every other episode – finalised and ready for the next case.

The cast have continued from day one until the final episode which is also quite refreshing.  They clearly work well together and manage their individual quirkiness shining through and that little bit of humour to finish the majority of episodes.

This season starts to show a few cracks in the characters’ facades though and makes for some gripping viewing.  Homicide Detective Tessa Vance (Lucy Bell) is targeted as a suspect in one case and an attempted victim in another whereas her usually calm and collected partner, Detective Steve Hayden (Peter Mochrie), is struggling with the continual onslaught of murder cases and the less desirable aspects of human nature they see time and time again.  He starts to crack and really notices that his hyperactive and emotionally unpredictable partner is charged on these cases and trying to get to the bottom of each and every one of them.

Tootsie (Glenda Linscott), pathologist, is also targeted in one episode where she realises that there are some truly crazy people in the world who are not just fascinated in her cases – they want to re-enact them.  She opts to put her own life on the line to help capture the murderer which leads to Senior Sargent Lance Fisk (Geoff Morrell) reeling and struggling to come to terms with how he feels about Tootsie.  I do like the fact that the show never really lets on whether they are in fact love interests or just close friends so that this never detracts from each individual storyline.  You also start to understand a little more about Fisk in an episode where his sister becomes a suspect and his brashness and quirks start to make a little more sense.

Constable Dee Suzeraine (Jennifer Kent) starts to show a little more emotion this season as she starts to have a few flirts and love interests in a few episodes – of course it is never focussed on, but it is nice to see some real character development.  And finally, Detective Inspector Malcolm Thorne (Gary Day) is still a major feature and the boss who keeps everyone in line and focussed on the task at hand while trying to remove emotion from their investigations.

This series really does seem to hold it’s intensity and interest-factor from the very first episode ever made right through until the final one.  It is interesting to watch and examine just how horrible human nature can be but also to see how far people can go when they are really pushed physically and emotionally.  This show really is a great cop drama make right here in our own backyard and reminds me that we need to celebrate good quality, simple storyline Australian television more than we usually do when we are exposed to so much American and British television which seems to be all about the biggest explosions, shocking storylines and most elaborate budgets.  This is definitely one show that is worth a watch.